The gorgeous couple love to show off glimpses of their stunning pad, which features cosy touches combined with minimalist chic and even a ‘man cave’ for Dom. 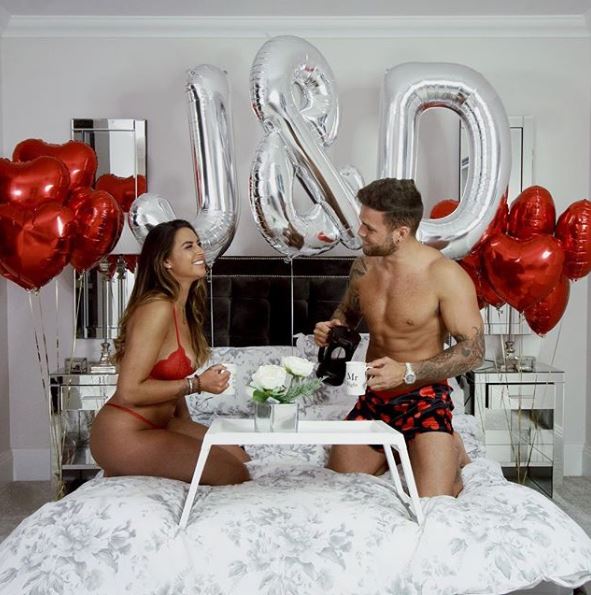 Since meeting on Love Island in 2017 the couple’s relationship has gone from strength to strength, with the pair walking down the aisle last year at a stunning ceremony on the Greek island of Mykonos.

And now the husband and wife are looking forward to welcoming their first baby together later this year.

Speaking to new magazine, Jess and Dom revealed they plan to bring up their baby in the Devon countryside where the mum-to-be is from.

Their stunning home is reportedly nestled “right in between the moors and the beach” and will be the perfect place to raise a family. 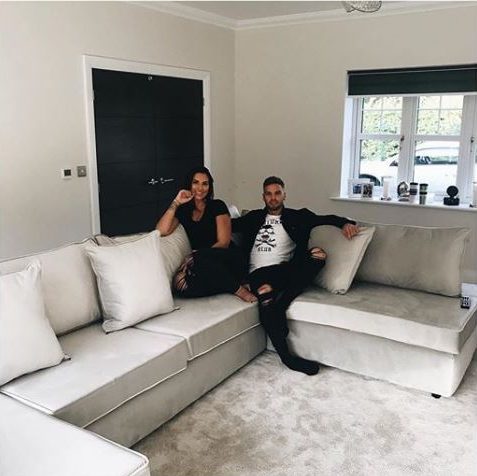 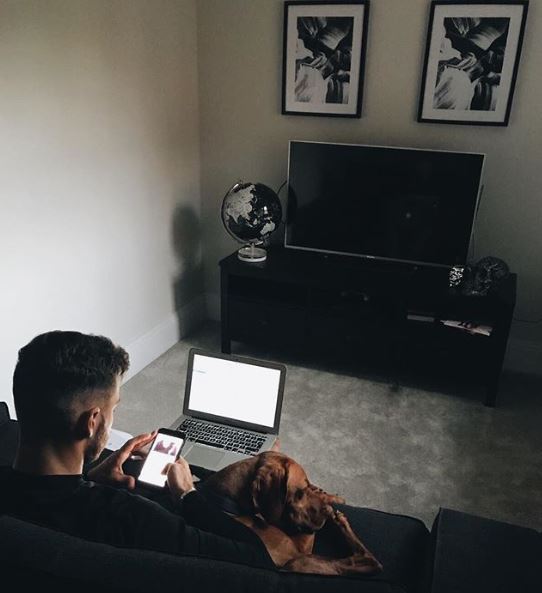 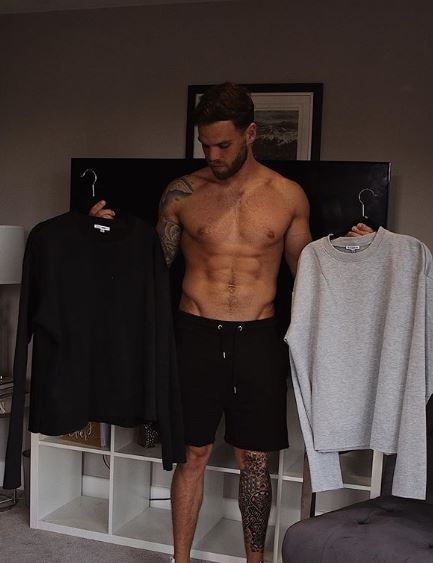 Jess and Dom love to share updates of the life together with their fans. In one photo posted on social media, Jess revealed their house was “starting to look like a home”.

In the snap the pair are sitting on a huge plush U-shaped sofa, with plenty of room for a growing brood – which is handy as they apparently want four children.

When asked how many kids they want, Dom replied: “Maybe four. I definitely don’t want just one child. I loved growing up with brothers and sisters.”

In other shots from around their home the couple appear to have kept the decor minimalist with pale walls and dark accents. 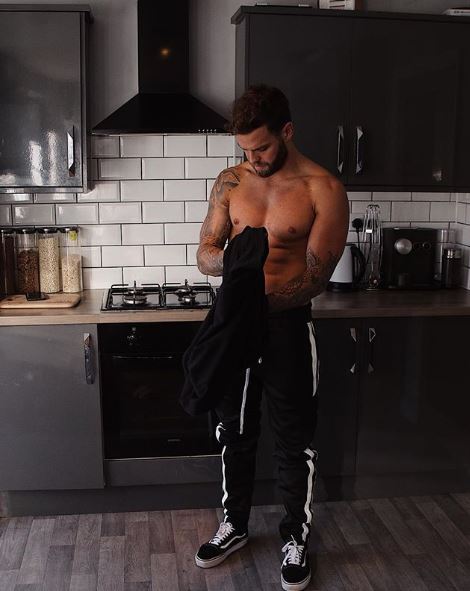 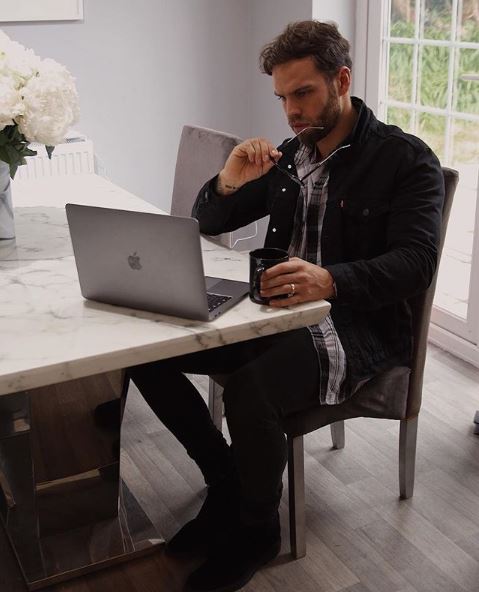 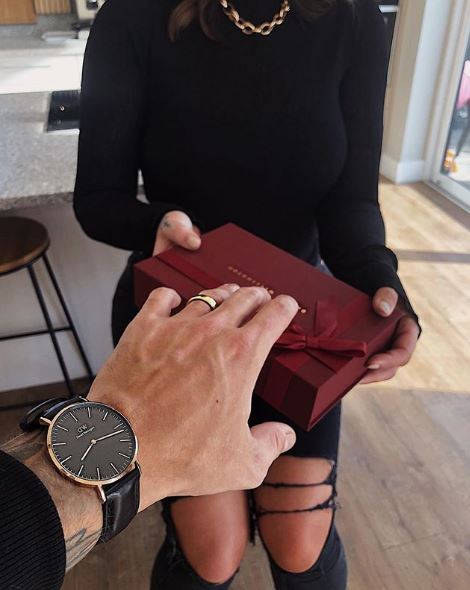 Dom, 28, showed off his man to his 722k followers, writing: “The house is coming together more and more each day , I now have my 'lads' room”

Sat next to one of their adorable dogs, Dom looked content settled in front of the big television.

Adding a quirky touch next to the room there looked like a globe lamp, while the plain walls have some framed artwork.

Hunky Dom and Jess are both big gym buffs and love to workout together. Jess even commented that she’s lost weight since being pregnant but has “dropped my weights a lot”. 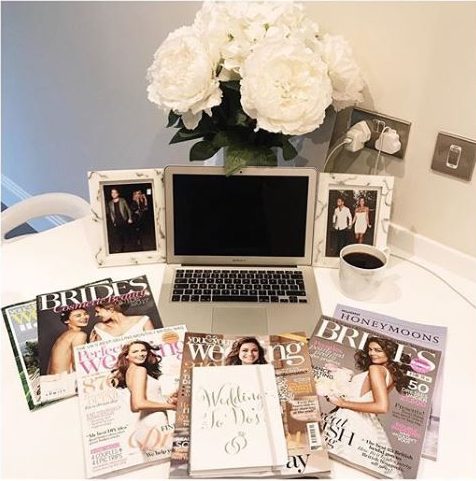 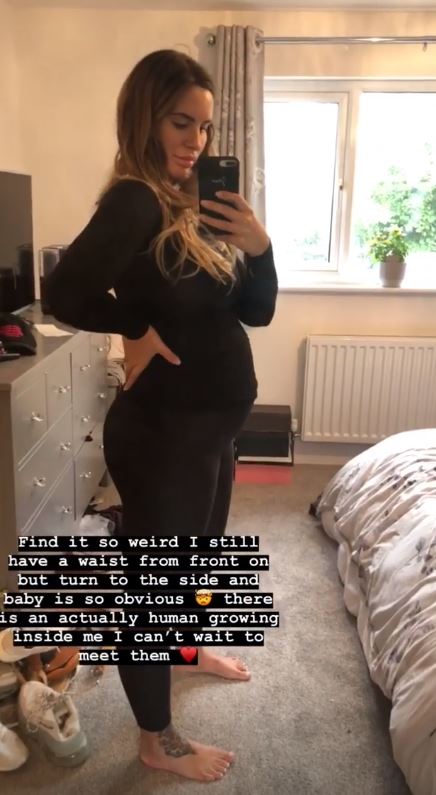 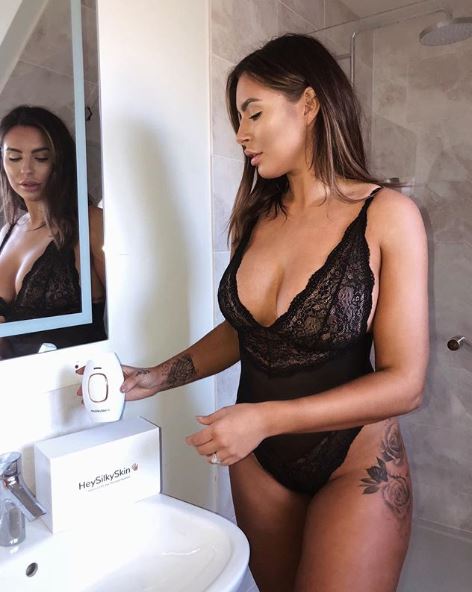 If it’s possible to ignore Dom’s semi-naked body it’s possible to see another huge TV sat on top of a set of white storage units in the bedroom.
If the couple do plan to add to their expecting brood, they’ve certainly got a big enough bed judging by one snap.

Meanwhile, in another snap where Dom is half dressed, the couple’s large kitchen is decked out with wooden counters and lots of jars of oats – perfect for those protein shakes. 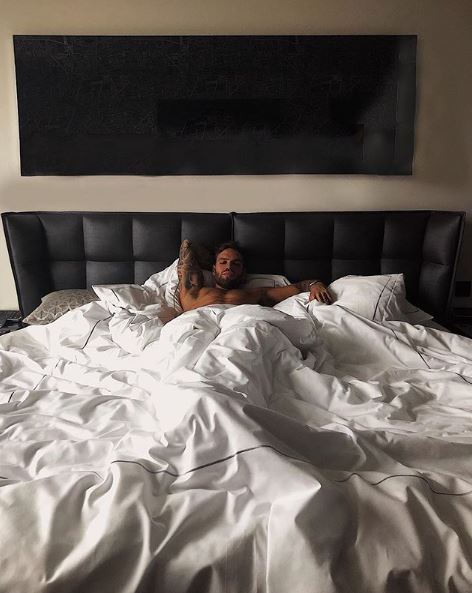 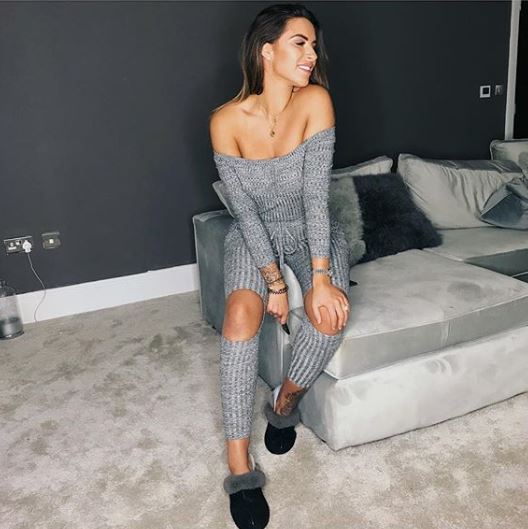