Piers Morgan sensationally stepped down from his role of host on Good Morning Britain after he insisted he did not believe Meghan Markle was not offered help from the palace when she said she felt suicidal. The host told Tucker Carlson on Fox Nation he was told to apologise for his comments or leave the show after Meghan personally complained to boss Dame Carolyn McCall.

“What I found was over five years we trebled the ratings on Good Morning Britain,” Piers told Tucker on Fox Nation.

“The last day was ironically the first day we beat the BBC ever.

“We had trebled our ratings and you would have thought people would be thanking me.

“Instead I was basically corralled into a position where I was told you’ve ever got to apologise for effectively disbelieving Meghan Markle’s version of events here or your position is untenable and you have to leave. 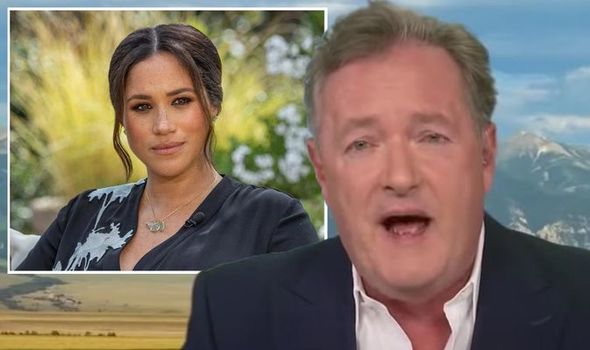 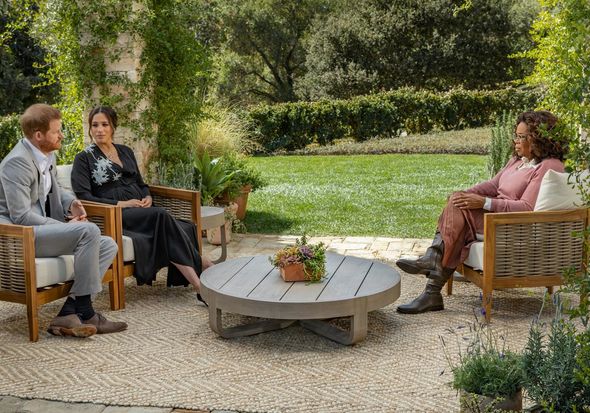 “I just wasn’t going to go down that road. I have seen too many people when they’ve been bullied by the woke brigade into apologising.”

He continued: “We saw it with Sharon Osbourne, she was bullied into apologising for defending me against a disgusting slur that I’m a racist.

“Rather than the person who was accusing her apologising to me, Sharon Underwood for accusing me falsely of being a racist, Sharon had to apologise for her passionate defence of me and then she lost her job anyway.” 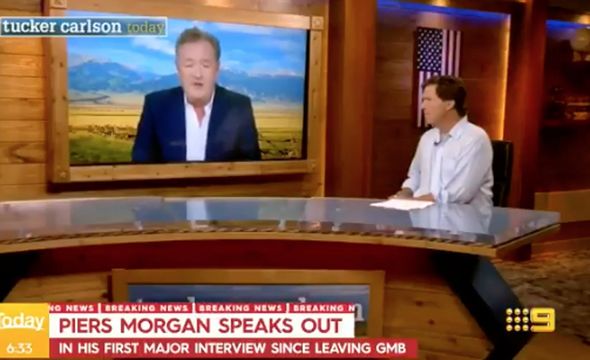 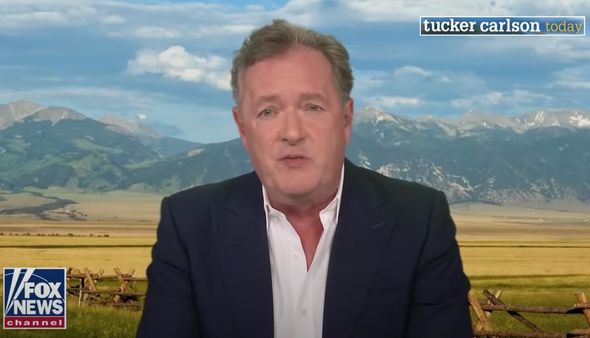 Piers went on to add: “Apologies get you nowhere.”

“I don’t believe Meghan Markle and what I didn’t know and was a fascinating thing to discover after I left was that Meghan Markel, between the Monday and Tuesday, had made a personal complaint to the boss of ITV,” he added.

“I didn’t know that. I was never told that. I don’t know what pressure she was directly putting on but she did, I know, personally contact her.

“She had personally contacted, along with Prince Harry, Ofcom, which is a government regulatory body designed to regulate what we put out on news shows.

“I was under attack from Ms Markle both directly to by boss and the government regulatory body to basically conform to her version of events.

“I had to believe her and if I didn’t, I was a callous racist and I should be condemned and ultimately, as it turned out later that day, lose my job. It’s a pretty perilous slope.”

“You need to tread a diplomatic line. Piers felt he was doing the right thing, felt very strongly about it, and we just felt it wasn’t quite compatible with some of the things we’re involved with. It was an amicable split.”

He added he was “amazed” Piers had lasted so long on the show, explaining: “The last time I signed him was about a year-and-half ago, and I remember saying: ‘Well, we’ve had a great run haven’t we Piers?

“I can’t believe there’s ever going to be a moment where I present you with a carriage clock for long service, so let’s just keep it going for as long as we can.’”

Jason Bateman, Will Arnett, And Sean Hayes Team Up For A New Podcast With A Twist