Home » TV » I had a teen crush on Steve & then he became my Corrie lover, says Kym Marsh

WHEN Kym Marsh won her role as Steve McDonald’s love interest Michelle Connor in Corrie it was like a dream come true – as he had been her teenage crush years earlier.

The former Hear’Say singer, who joined the soap in 2006 and later became the screen wife of the loveable rogue — played by Simon Gregson — recalls: “It was bizarre. 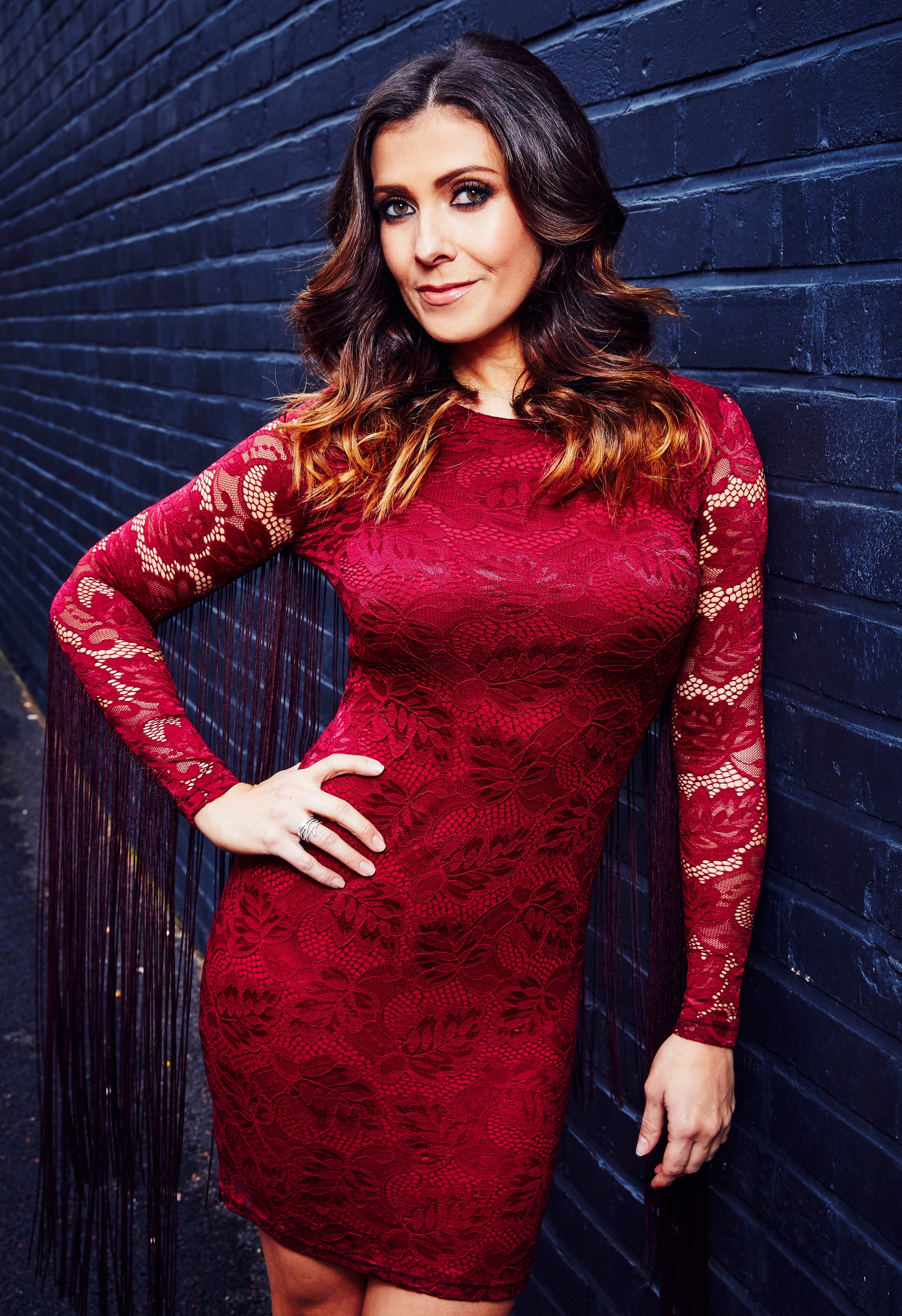 “I told Simon when I started that when I was younger I had a poster of him on my bedroom wall.”

Kym, 44, adds: “It was very strange. I remember seeing him years ago when I was signed to an independent record label in Manchester.

“I was about 14 or 15 and there was this big gig going on, Dannii Minogue was playing, and Chesney Hawkes, that’s how long ago it is.

“And I couldn’t believe the McDonald twins from Corrie were there. I remember seeing him and thinking, ‘Oh my god, he is so gorgeous, he’s so handsome’. 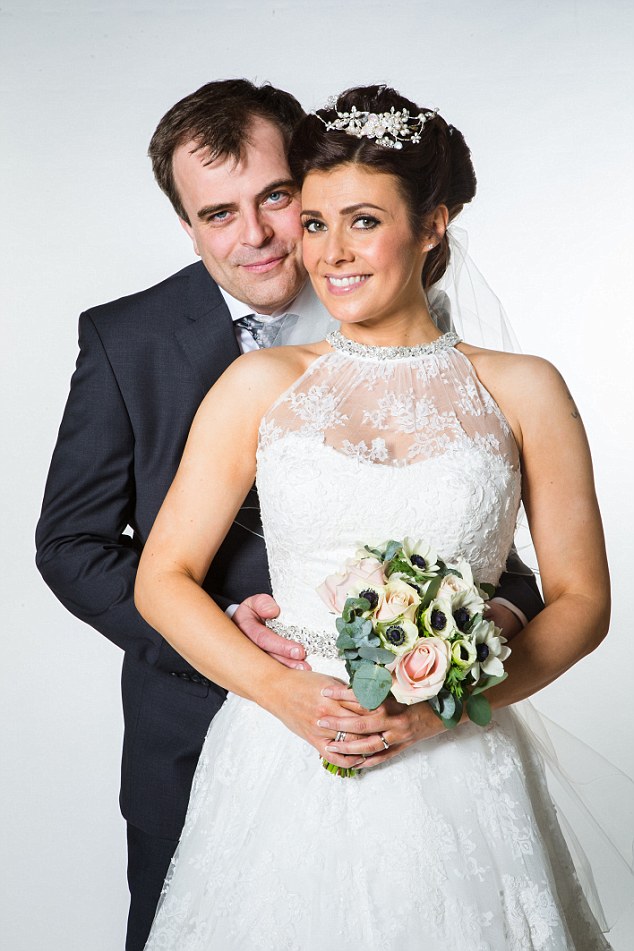 “And then, years down the line, there I am as his girlfriend on Corrie. He thought it was hilarious.”

In an exclusive interview for The Sun’s Corrie Week, marking the show’s 60th anniversary next month, Kym adds: “He’s one of the funniest people I’ve ever met.

“It’s just the way he looks at you. He laughs with his eyes, and he does the Steve McDonald eye roll, which cracks me up.”

Kym initially joined Coronation Street for just three episodes, as a singer in a band alongside Liz McDonald’s partner Vernon — yet stayed for 13 years, blossoming into one of the show’s favourite characters — and the Rovers landlady. 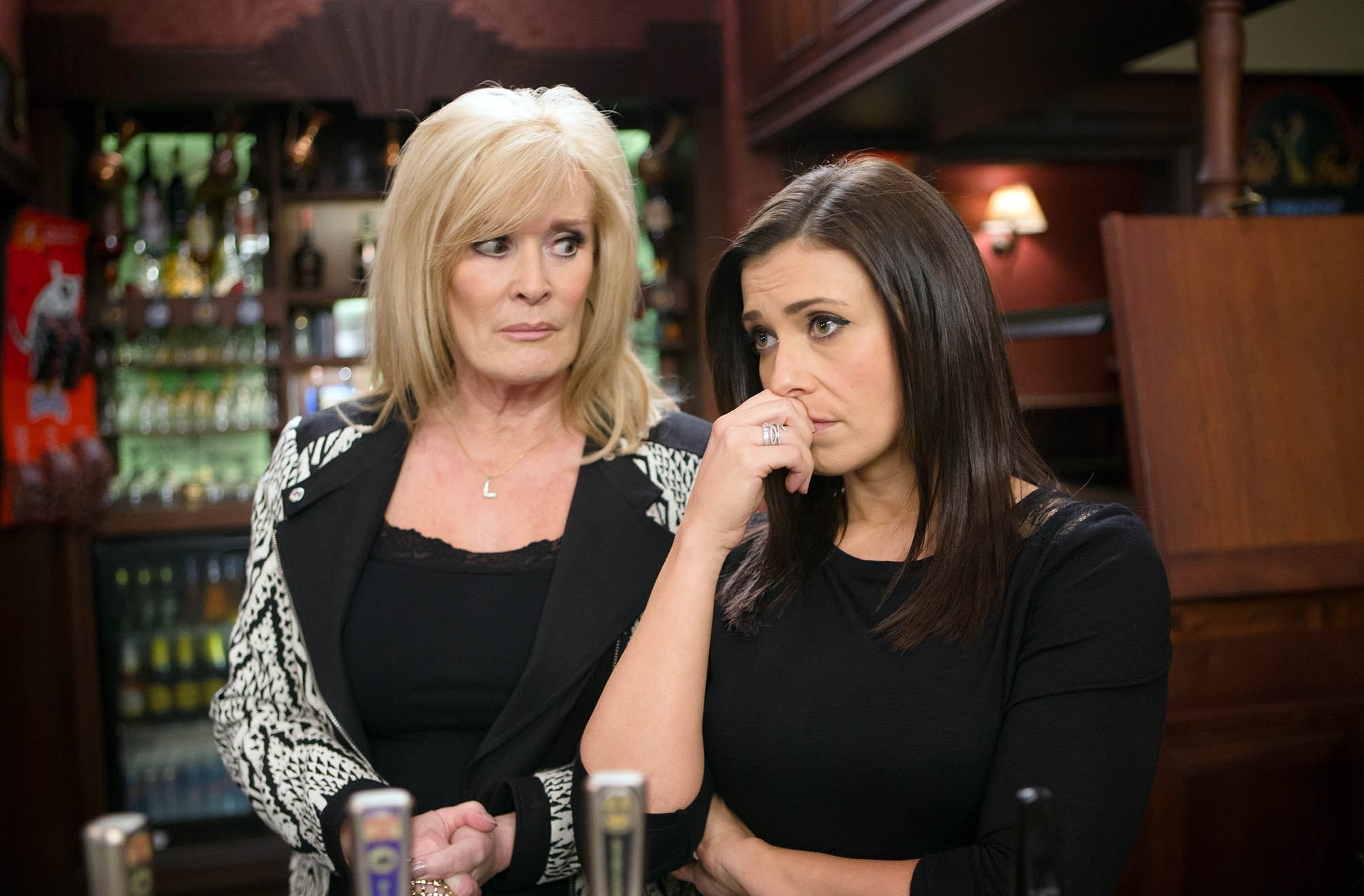 ‘People think you really do work behind a bar’

Last year she left to try other projects, and has since established herself as a TV host alongside Gethin Jones on new BBC1 show Morning Live, and she will be in BBC drama The Syndicate next year.

But she will always be grateful to Corrie for providing her big break — with pal Beverley Callard, who plays Liz McDonald, as mentor.

Kym says: “It was my first big acting job. I’d done little bits and some West End, and an odd episode on things, but then the opportunity came up for an audition for Coronation Street, which was just for three episodes. 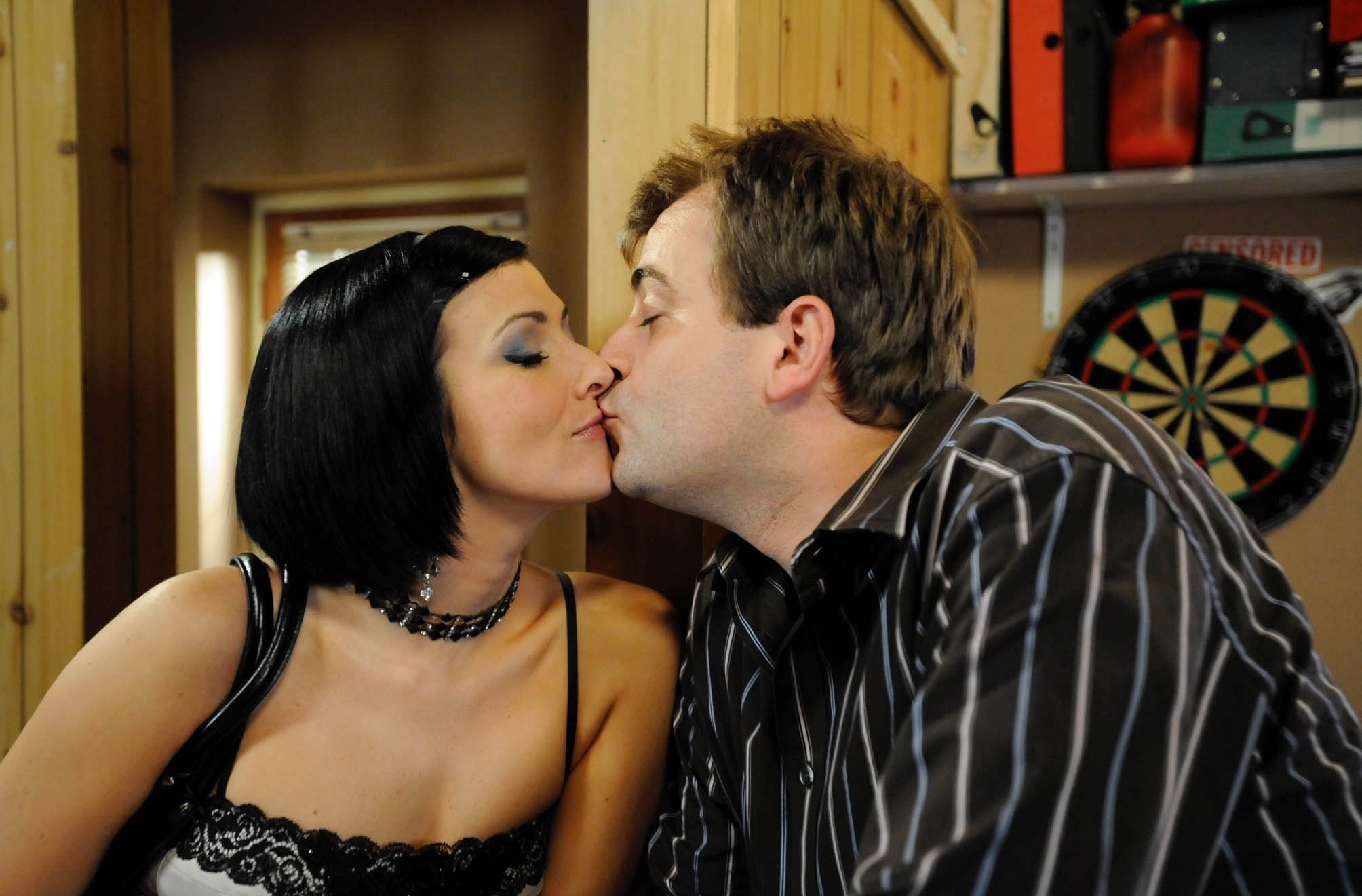 “I was supposed to wind up Liz McDonald as a love interest for her son Steve, and I was a bit reluctant.

“But it went well and they asked me back. It hadn’t occurred to me that could happen, and I ended up being there for 13 years.

“I remember the team there warning me how different it would be to anything I’d experienced before, in terms of recognition.

“And I was like, ‘Oh well, you know, I’ve been in Hear’Say and I’m kind of used to that kind of thing anyway’, but they said, ‘Yeah, but this is a whole different thing’.

I remember the team warning me how different it would be to anything I’d experienced before, in terms of recognition

“And they were absolutely correct. When you’re in a soap, people feel they truly know you as a person because you’re in their living rooms all the time.”

Kym’s role as Rovers barmaid and then boss ensured she was a regular on screen.

She says: “Being in the Rovers was an amazing experience. I came in as a barmaid, and people start to think you actually do work behind a bar.

“People would genuinely ask me for drinks. I used to love it, it felt like my home, like that’s where I really should have been. It’s actually very long hours on your feet too. I’d spend whole days stood behind the bar, it was like really working in a pub. 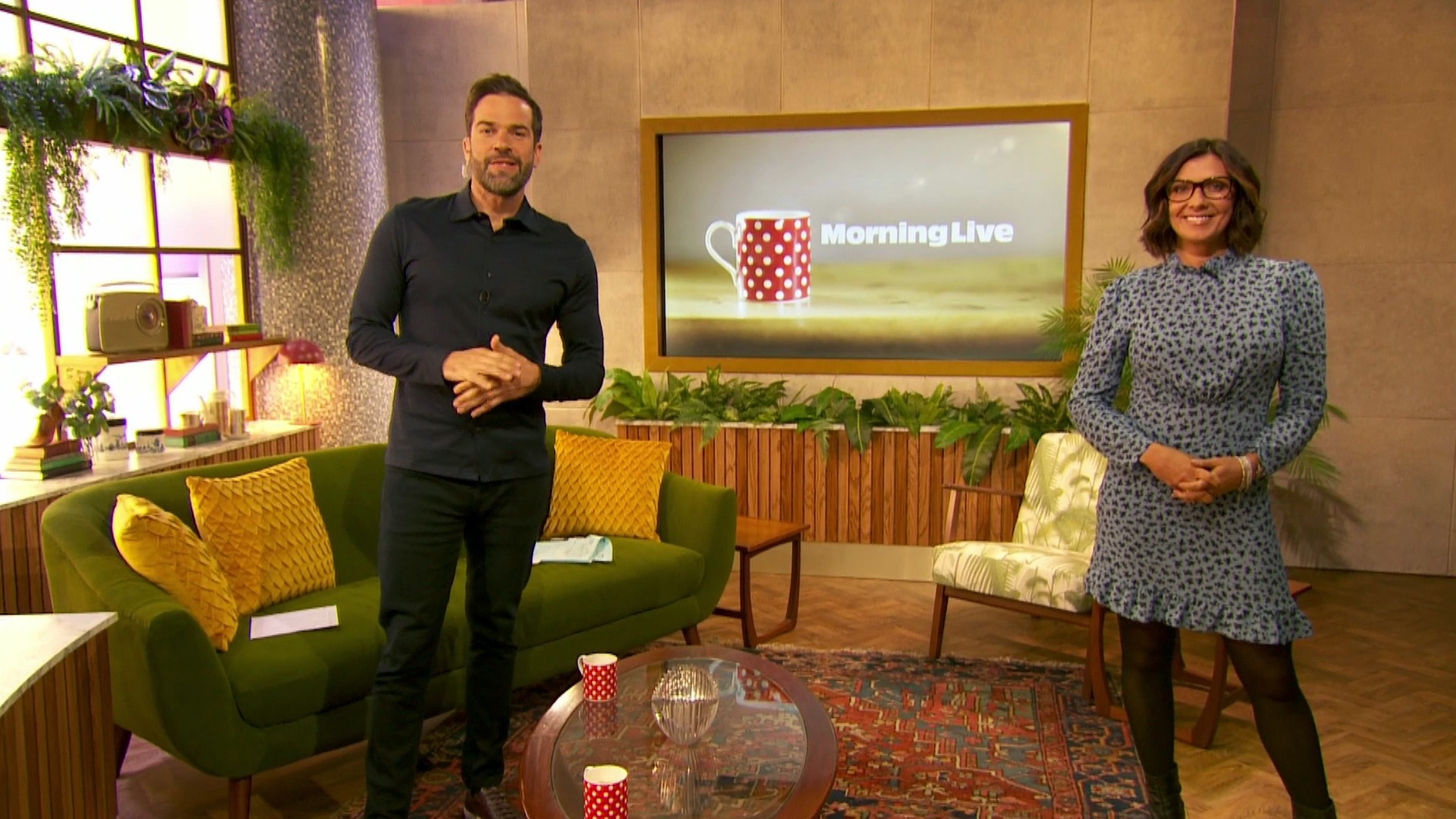 “But it’s good because it also means you appear on screen a lot and get to work with the whole of the cast regularly — every-one meets in the Rovers.”

Kym was no stranger to the cobbles, having watched the show regularly as a youngster alongside parents Pauline and David at home in Whiston, Merseyside.

The mum-of-four shot to fame in 2000 when she auditioned for ITV talent show Popstars, landing a spot in its created group Hear ’Say, then leaving two years later, releasing a solo album and branching out into TV work.

But despite previous fame, Kym admits she was still often starstruck along-
side iconic Corrie figures such as Ken Barlow, played by Bill Roache since the soap’s first episode. 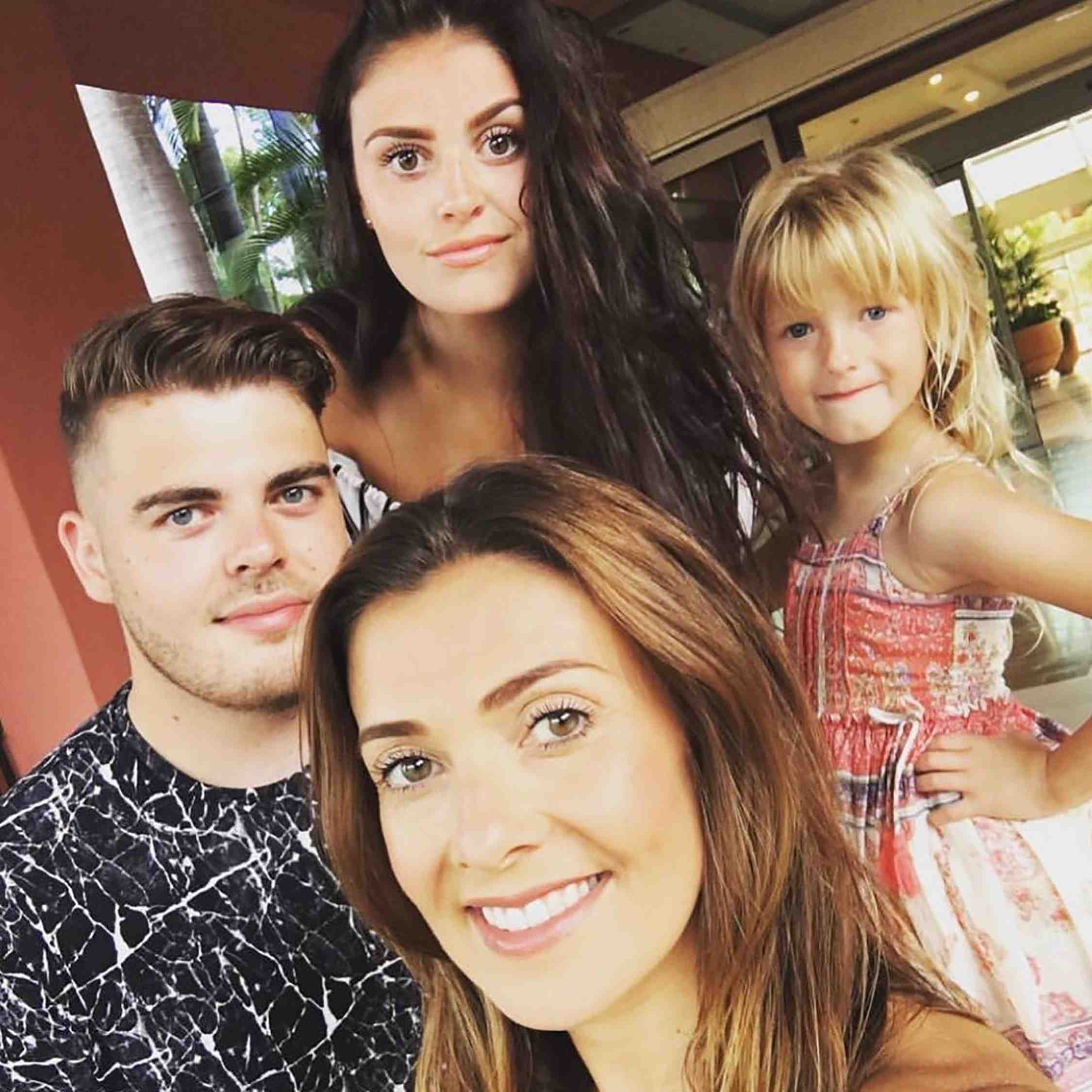 She says: “It was totally bizarre. I remember Bill Roache walked past me on my first day. All I could think was how excited my grandma would be if she could have seen it.

“Sadly she never got to see that I ended up on Coronation Street. She’d have just loved it — we are a northern family and we were brought up on it.

“I was terrified, but it was Bev who helped me. She is still one of my good friends and always will be. She totally took me under her wing and gave me advice about how to behave and how to work.

“She’s such a brilliant actress. She can do comedy, drama, everything, and being on set with her was great to watch.

It was totally bizarre. I remember Bill Roache walked past me on my first day. All I could think was how excited my grandma would be

“Bev is one of the real greats, so is Alison King, who plays Carla. She’s a phenomenal actress and puts absolutely everything into every performance.

“Jane Danson (Leanne Battersby) is also wonderful, and she can cry at the drop of a hat. She’s incredible to watch, and I was very lucky to work with her a lot in my last few years on the show.

“I also think Chris Gascoyne (Peter Barlow) is a wonderful actor and he’s great to watch.

“He’s unbelievable when he’s doing his drunk acting, which he’s had to do a lot — while absolutely sober, I should stress. It’s actually really hard to act drunk.” 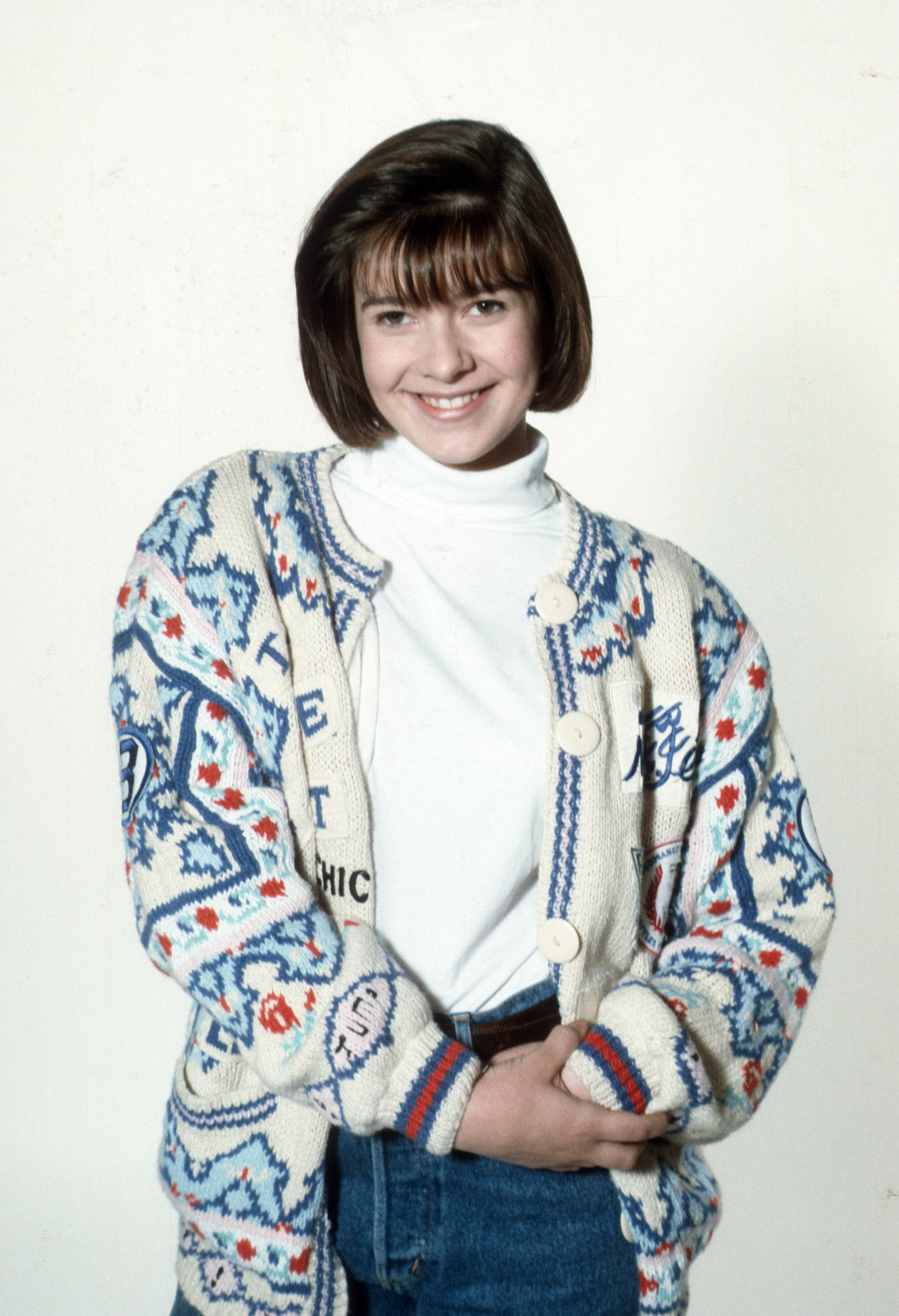 As for Corrie’s longevity — and its status as the world’s longest-running TV soap, with a regular audience of eight million — Kym says: “It’s still such a success because the balance is right.

“It’s escape, and it makes people laugh, but it also tells so many important storylines.”

Kym, who lost her own newborn son Archie in 2009 shortly after he was born, adds: “For me, highlights were obviously when I was involved in a baby loss storyline, a subject close to my heart after going through the same experience.

“The show is able to tell stories and reach people who might not normally connect with conventional education or the media, and I truly believe we can make a difference.

If we tell a breast cancer storyline and just one person might be encouraged to check their breasts, that’s an amazing thing

"If we tell a breast cancer storyline and just one person might be encouraged to check their breasts, that’s an amazing thing.

“The baby loss storyline was a massive achievement for us and a huge challenge, so that was my absolute highlight — I’m very proud of what we did.

“Another occasion was when Leanne found out that Oliver was Steve’s baby, and I had to punch Jane Danson (Leanne) — and we got it absolutely perfect in one shot.

“I just remember it being so good that viewers thought I’d actually punched her properly and were writing to her to check she was OK. People thought it was real.

“And once I had to slap Steve McDonald really hard, and back then there was no stunt co-ordinator on set, just a director, and she was making us practise it over and over again.

“So I slapped him on the face, hard, and she started to say, ‘No, not like that, like this’, and she hit him really hard on the neck.

“Then I did it again, and she kept coming back and slapping him, while he stood there taking it from us both, again and again.

“He was looking at me with a face that said, ‘If you two hit me once more, I’m going to lose it’ — and after a while he had to ask us to stop.

“Fortunately, there was no lasting damage.”

Silence Of The Lambs Sequel Series Arrives In The Fall