Johnny Connor (Richard Hawley) could be set to leave Coronation Street, as he contemplates a future away from the cobbles in scenes next week.

The former landlord of the Rovers Return has struggled to find his place on the eponymous street since selling his share of the boozer.

Jenny (Sally Ann Matthews), meanwhile, has went from strength to strength since taking over the pub on her own.

Next week, Johnny stumbles upon Natasha Blakeman (Rachel Leskovac) playing I Spy with son Sam (Jude Riordan), and it brings back memories of his own son Aidan (Shayne Ward).

‘I do miss him,’ he tells Natasha, ‘but I’m glad that we had so many good years together!

‘[But I] Wish I could spend more with my daughter Kate!.’

Natasha asks him why he doesn’t spend more time with Kate (Faye Brooks), prompting him to reveal that she lives on the other side of the world. 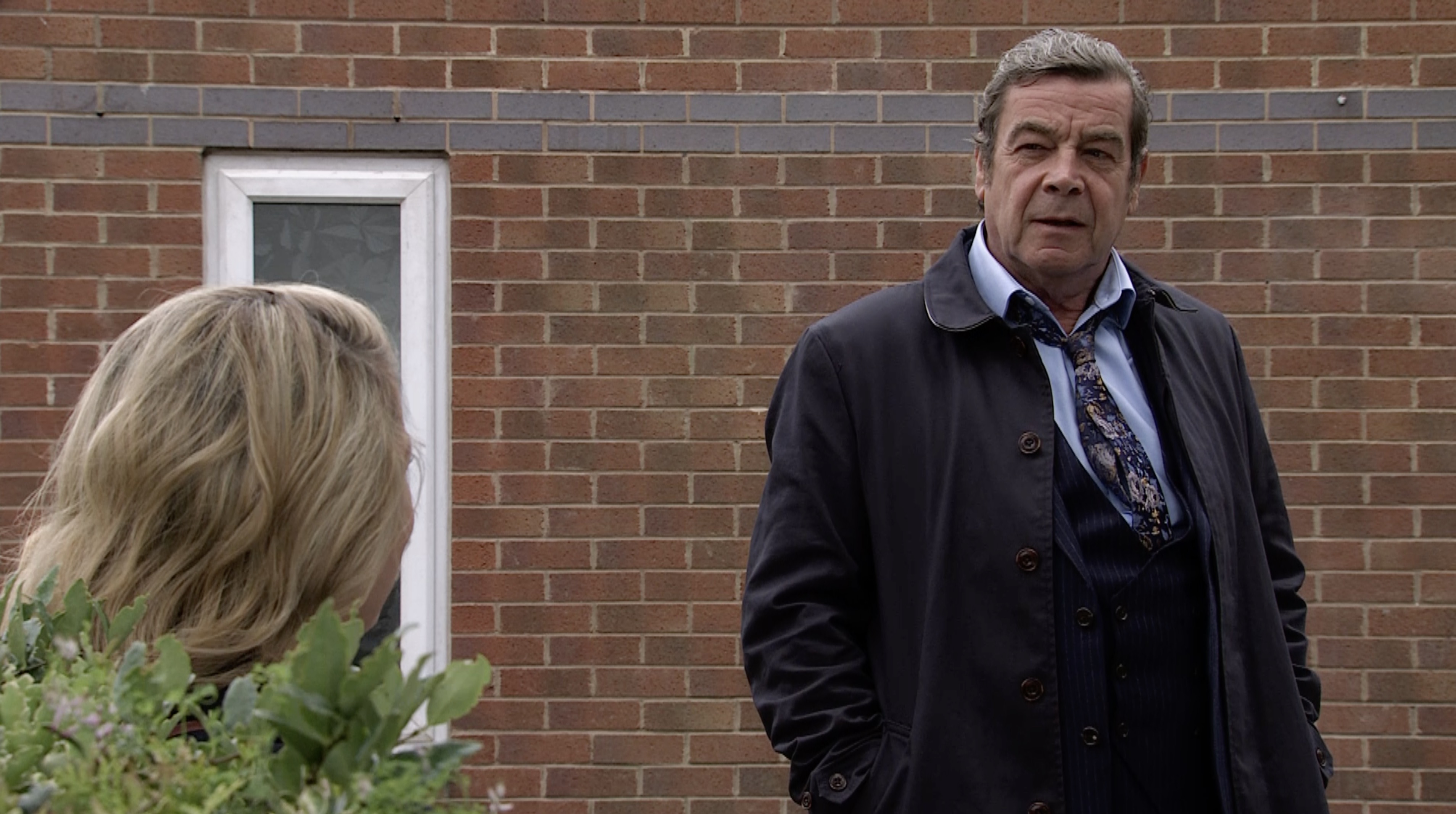 Johnny is evidently stopped in his tracks by such a comment, and – after giving it some thought – he realises that Natasha has a point.

Will Johnny depart the cobbles? The week that follows next is the soap’s annual Super Soap Week, and – with death, destruction and devastation aplenty – lives are on the line.

Johnny is one of several residents to finds himself entangled in the drama, as he attempts to save Jenny from death. Will he succeed?