The lone Vice Presidential debate of the 2020 election season is Wednesday, pitting incumbent Mike Pence against California Sen. Kamala Harris in a nationally televised event at the University of Utah in Salt Lake City.

The debate begins at 9 p.m. ET/6 p.m. PT and will air live from on ABC, CBS, CNN, C-Span, Fox, NBC and PBS stations nationwide along with the cable news networks, the Spanish-language broadcasters and their respective digital outlets.

You can also watch the livestream on Deadline here:

The debate will be moderated by USA Today Washington bureau chief Susan Page and be broken into nine segments of about 10 minutes each. In the format, Page will ask an opening question, after which the candidates will have two minutes to respond. A deeper discussion of the topic will follow.

It’s unlikely that tonight’s debate will be as unruly as the much-discussed first Donald Trump-Joe Biden debate on September 29 in Cleveland. An estimated 73.1 million across the same 16 networks watched as moderator Chris Wallace battled interruptions and cross-talk. The Commission on Presidential Debates, which organizes the debates, promised “additional structure” will be added to the format of the remaining debates to ensure a more orderly discussion of the issues.”

Still, that Debate 1 viewership drew 73.1 million viewers, he third-highest total for a presidential debate in the past 45 years, after 2016’s first debate between Trump and Hillary Clinton (84 million) and 1980’s Ronald Reagan-Jimmy Carter matchup (80.6 million). 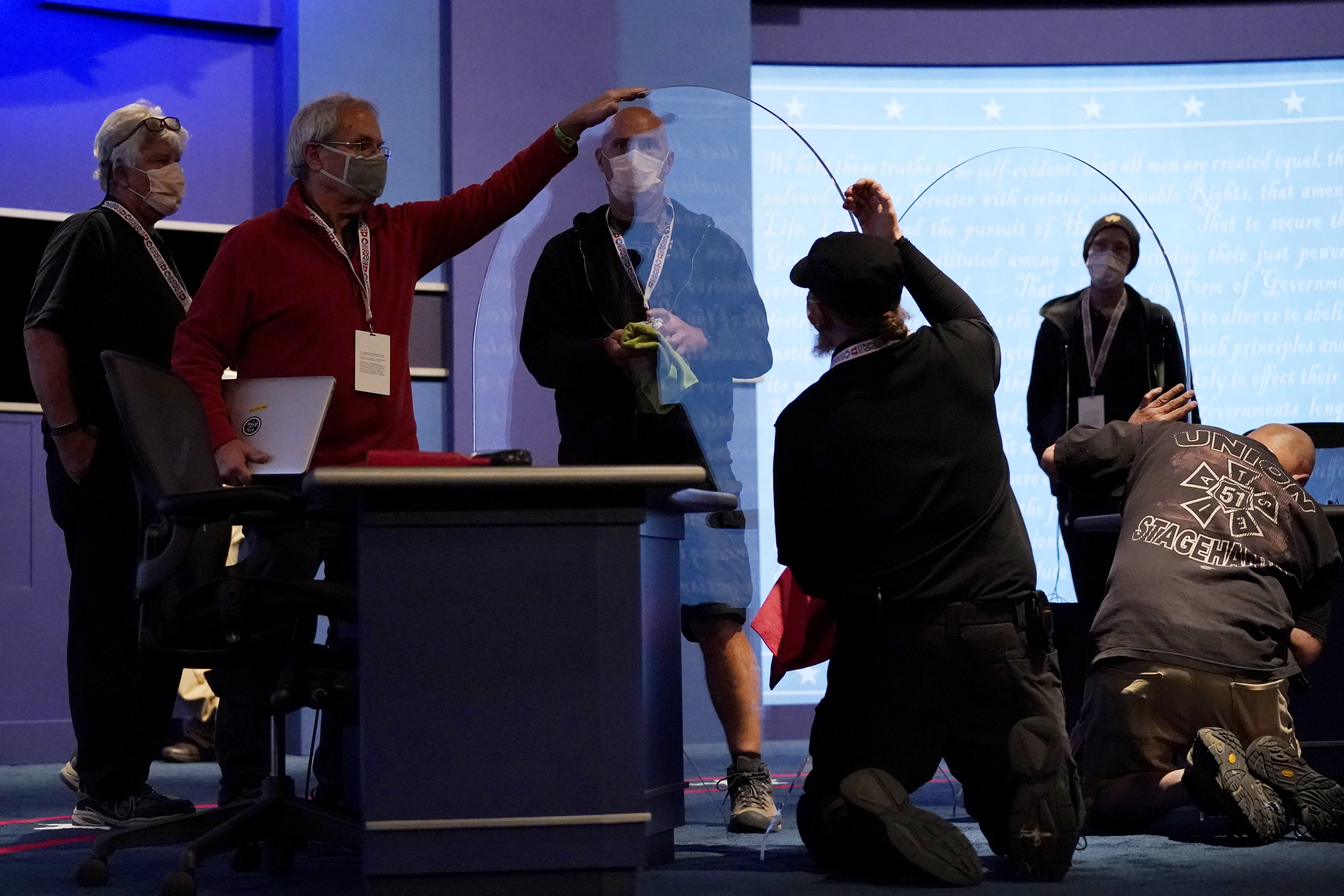 Much has happened in the week since, leading with Trump, his wife Milania and several White House aides and administration officials contracting COVID-19. Trump spent four days at Walter Reed Medical Center before returning Tuesday (and saying he was ready for the next presidential debate October 15 in Miami).

Pence, who has since tested negative for the virus most recently Tuesday, and Harris will see extra precautions on the VP debate stage tonight: there will be (after a day of back-and-forth) a plexiglass barrier between the candidates, and the podiums will be positioned 13 feet away from each other, rather than the previously decided 7 feet away.

Page will also be behind a plexiglass barrier, and organizers in Utah said an audience is planned for the event, which will require that anyone with access to the perimeter be tested, and that attendees to wear masks.