Home » TV » How many episodes are in The Handmaid’s Tale season 4?

The Handmaid’s Tale is an award-winning dystopian series based on the 1985 novel of the same name by Margaret Atwood. The series first premeried in 2017 and now into its fourth series. How many episodes are in the new series of The Handmaid’s Tale? Express.co.uk has everything you need to know.

How many episodes are in The Handmaid’s Tale season 4?

After more than two years of waiting, season four of The Handmaid’s Tale finally has a release date.

The fourth outing will premiere on Wednesday, April 28 and will land on Channel 4 in the UK at a later date.

There are 10 episodes in the series, each an hour-long in length.

The first three episodes will be released on Hulu on Wednesday, April 28 with the remaining eight airing every week.

Season four of The Handmaid’s Tale is the shortest season to date, with the previous three seasons consisting of 13 instalments. 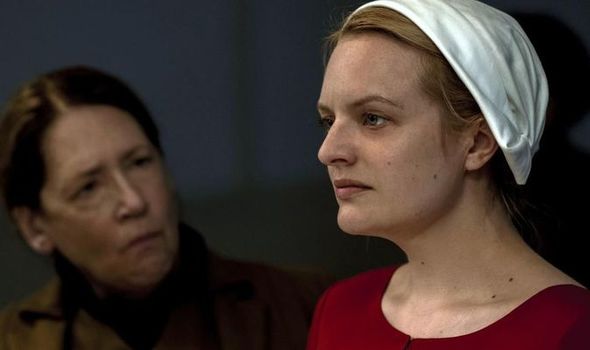 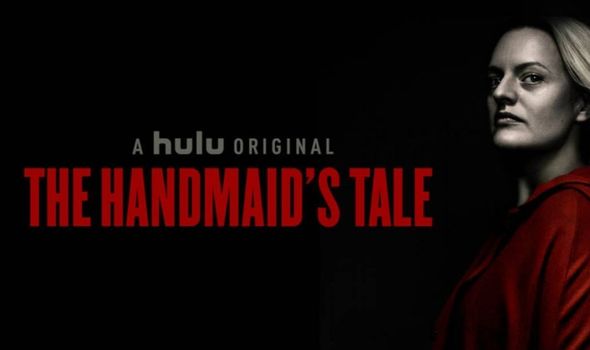 To watch The Handmaid’s Tale, you can subscribe to Hulu now from $5.99 per month.

Disney Plus customers will also be able to watch the fourth outing of The Handmaid’s Tale via the streaming platform.

Sadly, fans in the UK will have to wait a little later for the series to land on Channel 4.

On March 17, 2021, Channel 4 confirmed that the drama would be returning but not until “later in the year”. 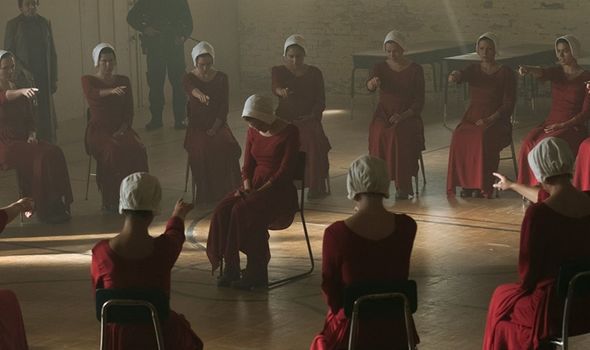 Express.co.uk has the full list of episode titles and Hulu release dates for the fourth series of The Handmaid’s Tale below. 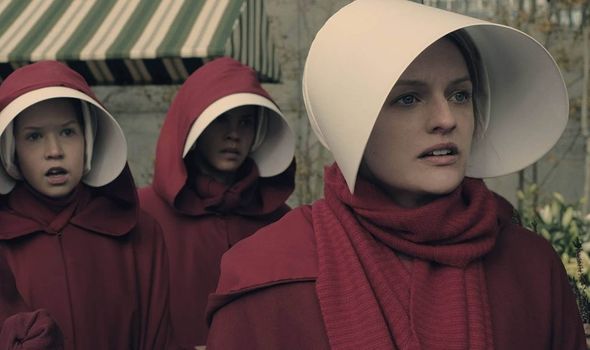 At the end of series three, June successfully smuggled 100 children across the border to safety before beginning to plan her own freedom.

The official synopsis for The Handmaid’s Tale season four teases: “In the upcoming fourth season of The Handmaid’s Tale, June (played by Elisabeth Moss) strikes back against Gilead as a fierce rebel leader, but the risks she takes bring unexpected and dangerous new challenges. Her quest for justice and revenge threatens to consume her and destroy her most cherished relationships.”

The trailer for the fourth series teased an impending rebellion in Gilead.

In the trailer, June can be heard saying: “I can’t rest. My daughter deserves better. We all deserve better. Change never comes easy.”

“What happens in the next few weeks will determine the future of this country.”

Speaking at the TCA panel, Elizabeth Moss who plays June in the series teased power will be explored in the fourth outing.

She said: “What real power means and who has it…power isn’t always what it looks like. Power can be dangerous.

“It can be something that is destructive. And I think, for both June and Lydia, they are both seeking power on their own journeys.”