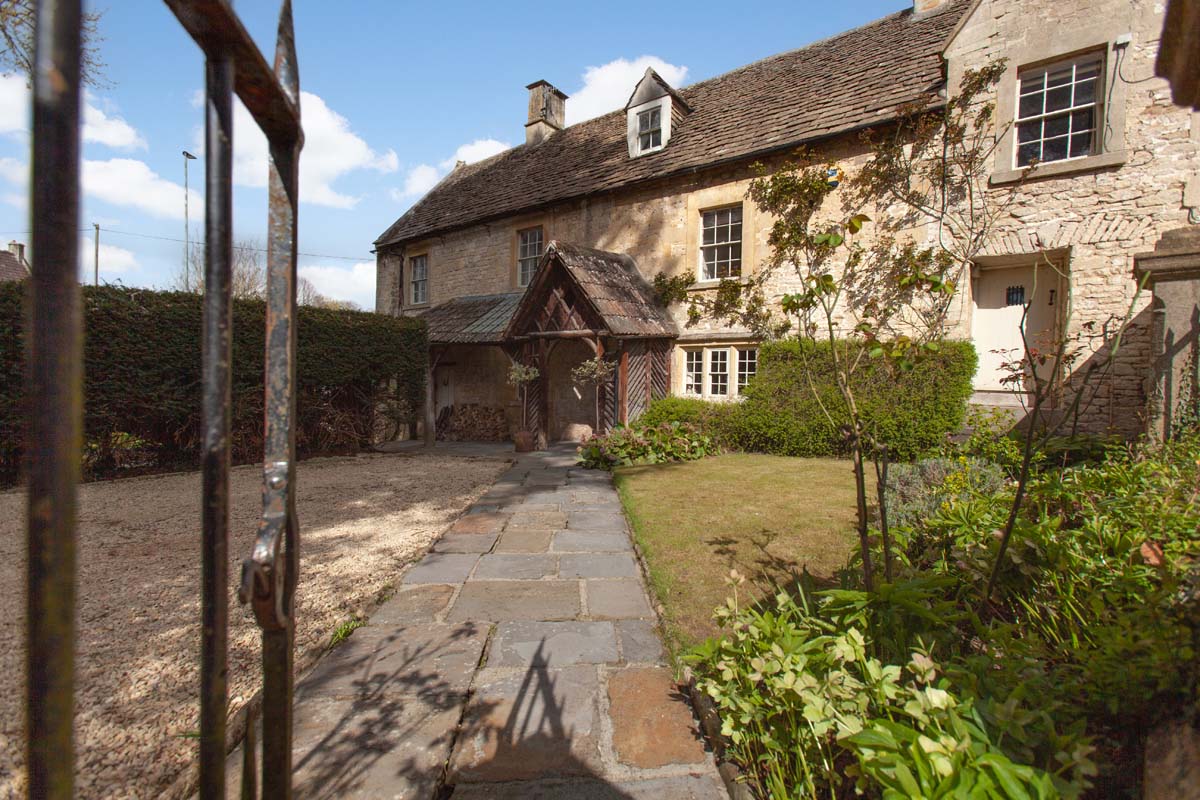 There are two ways to look at this rather unique opportunity.

Option one: You’re buying a Grade-II listed house, but with it comes a 94-year-old tortoise named Hercules.

Or option two: You’re paying £825,000 for a tortoise named Hercules, and you get a house in Box, Wiltshire, thrown in as a bonus.

We guess it’s a case of perspective, or whether you’re more excited about tortoises or four-bedroom homes.

The house, called The Old Dairy, is pretty special in itself.

The property, which sits in Box, Wiltshire, is Grade II listed, with over 2,600 sq ft of living space over three floors.

Enter on the ground floor and you’ll behold a gorgeous tiled hall, then the kitchen – with an aga, solid wood units, and a pantry – to the right.

Steps go up to the formal dining room, and down to a cellar.

The sitting room has an open fireplace and views over both gardens. It leads to the oldest part of The Old Dairy; the third reception room, which is currently being used as a work-from-home space.

Downstairs, there’s a conservatory, where doors open out onto the private side garden.

Head upstairs instead and you’ll find three large double bedrooms and the family bathroom, all of which are flooded with natural light and packed with period features.

The fourth bedroom – which has its own living space and en suite bathroom – is on the top floor.

Outside, there are two large gardens. And at the very end of one is where Hercules (yep, the tortoise we mentioned earlier) hangs out.

Let’s talk a little about Hercules.

After moving into The Old Dairy in 2007, the current owner of the property discovered the story of Hercules, who is a bit of a celebrity in the village of Box.

The toirtoise has lived in the home for the last 14 years, and when not hibernating, Hercules is a fairly chilled-out resident, spending her days (a visit to the vet in the 70s confirmed the tortoise is female) eating lettuce, cucumber, and her favourite dish, tomatoes.

At 94 years old, Hercules has lived through both World Wars and seen the transformation of Box through the years.

Helen Whiteley, director at OnTheMarket.com said: ‘It certainly isn’t every day you come across a property for sale with its very own resident tortoise.

‘At the age of 94, Hercules has so far lived through two World Wars as well as the reign of four British monarchs, George V, Edward VIII, George VI, and Elizabeth II.

‘If she could, I’m sure she would be able to tell some of the most amazing tales. As it stands, now both the property and Hercules are seeking their next owner to act as their custodian with each full of character, albeit in rather different ways!’

Lauren Walsh, spokesperson for Hunter French, Corsham, added: ‘The Old Dairy is an incredibly charming home filled with character and would make for a wonderful family home looking to make their next move.

‘While Hercules the tortoise is undeniably one of the most popular characters in the local village, Box itself has a lovely sense of community and offers great places to spend days out with family and friends, whether this be in the great outdoors or at one of the welcoming pubs or restaurants on offer.’

If you’re keen to make an offer, you can find out more through the OnTheMarket listing.

The 100 Season 6 Finale Sets Up a Trippy Final Season