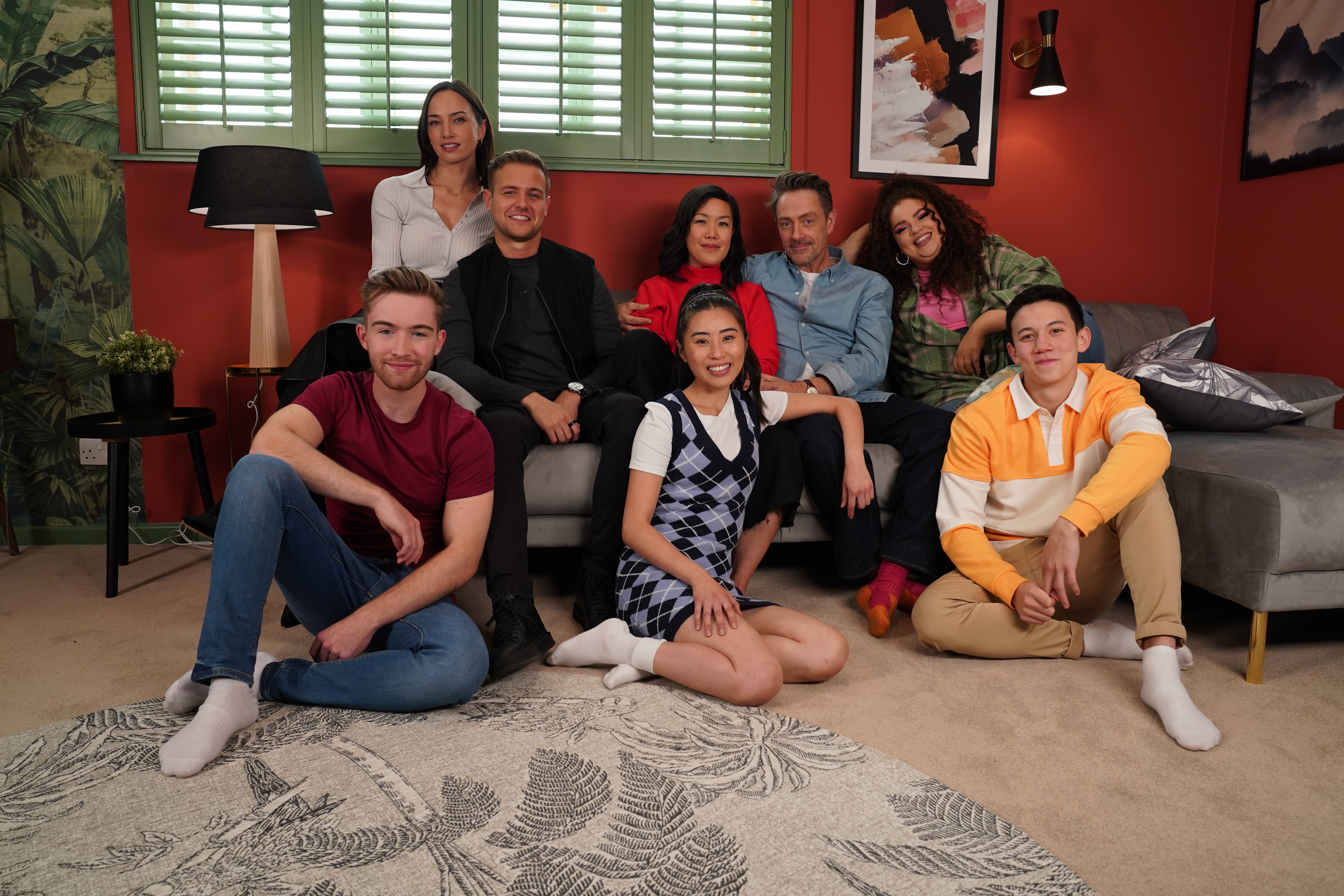 Hollyoaks has introduced a number of new characters over the past few weeks, and it turns out they’re all part of the same family!

Yes, the Chen-Williams clan are a close-knit clan who spend the festive season together in upcoming scenes which can be streamed on All 4 right now.

Psychiatrist Honour (Vera Chok) and delivery driver Dave (Dominic Power) – who viewers met as part of separate storylines – are head of the family which includes their kids and step kids.

Honour, of course, discovered a huge secret about Warren Fox (Jamie Lomas) while doing her job at the prison, while Dave clashed on several occasions with Theresa McQueen (Jorgie Porter).

Vera Chok, who plays Honour, added: “[Dave and Honour] have a very large brood, so it’s a really solid relationship. They’ve been together for a long while and brought up this really adorable blended family.’

The charming newcomer is hard not to love, and his cheeky personality makes him a natural ladies man. He’s Dave’s son from a previous relationship.

Sid Sumner’s (Billy Price) love interests Serena (Emma Lau) and Lizzie (Lily Best) are also part of the family – they’re step-sisters and best friends! But is that bond set to be tested over their shared feelings for Sid?

Youngest member of the family Mason (Frank Kauer) is a gentle soul, who is quieter than other boys of his age, and he tends to overcompensate, while his attempts to be cool can often land him in trouble.

Ethan is desperate to fulfil his ambitions and impress all of those around him, but his love for Maya has seen him go down a dark path, getting entangled in the drugs game.

Maya, meanwhile, comes from a family of criminals, and her relationship with Ethan is toxic to say the least.

The connections are all made on-screen during the Channel 4 soap’s Christmas Dat offering, as Tony Hutchinson (Nick Pickard) hosts the group at The Dog for their festive celebration.

The family will reside in Tony and Diane’s (Alex Fletcher) former house, and it’s safe to say they will make their mark on the eponymous village!

The Chen-Williams make their Hollyoaks debut on Wednesday December 23 on E4, or stream the episode on All 4 right now.