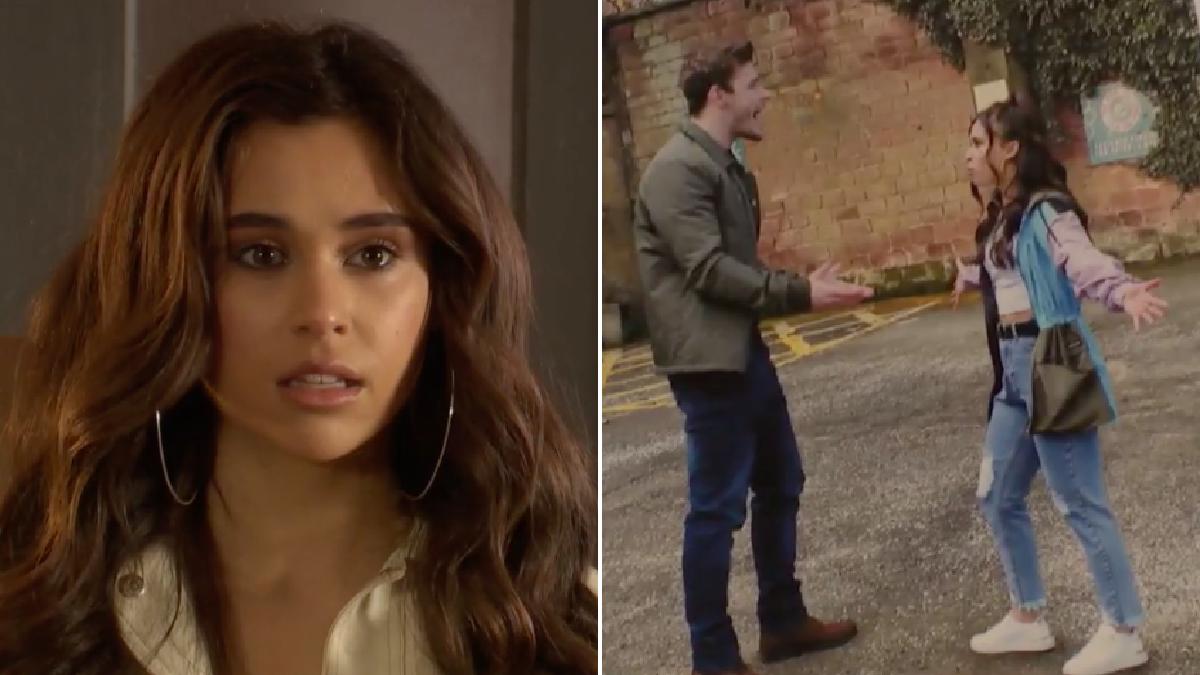 George was murdered in shocking scenes last week, after one vengeful villager sought revenge and clobbered him over the head with a bookend.

News of the copper’s demise spread around the village like wildfire in Friday’s edition of the Channel 4 soap, and John Paul (James Sutton) was subsequently charged with the murder of his his fiancé!

James Nightingale (Gregory Finnegan) swooped into action in the aftermath of such a development – desperate to save his former lover from a life behind bars – but doing so proved incredibly difficult.

Dean Vickers (Paul Sloss) – George’s ex – returned to the eponymous village in the wake of the copper’s murder, and explained the truth about what George was really like, leaving James questioning if John Paul could’ve been driven to murder after all.

Cher, meanwhile, was struggling with the online trolling, which was getting significantly worse.

She berated Mercedes (Jennifer Metcalfe) for interfering – blaming her for the online attacks – but she soon found her attention elsewhere.

DS Cohen arrived in The Dog, and wanted a word with Cher, leaving the young woman in shock.

The detective questioned her about her movements on the day of the murder, before showing her a photo of her arguing with George ahead of his death!

Excuse Me, Mindy Kaling? We Need a ‘Never Have I Ever’ Season 2, Please