Hollyoaks bosses have denied that the Chanel 4 soap is being culled – saying it’s “not under threat”.

The comments come after The Sun reported that bosses of the show were “battling to save it”, after claiming it has lost nearly half of its viewers since the start of the year.

A spokesperson for the show told Digital Spy: “Hollyoaks is hugely valued and not under threat and we’re of course very happy and incredibly proud of the well-deserved Best Soap award win.

“Which means Hollyoaks is the only UK soap to be up year-on-year.”

The statement continued: “Hollyoaks epitomises our remit for serving young audiences across Channel 4 and E4 and we’re incredibly proud it was also recognised as the Best Soap at the British Soap Awards last month.” As well as winning Best Soap at the awards event, there were also individual awards for cast members Gregory Finnegan, Nathan Sussex and Adam Woodward.

The soap has also been praised by viewers and critics for covering sensitive topics like sexual abuse in football, domestic abuse and sexual assault, as well as the on-going far-right extremism plot.

Familiar faces Finn O’Connor and Luke Morgan are also set to return to the show soon after extended absences. 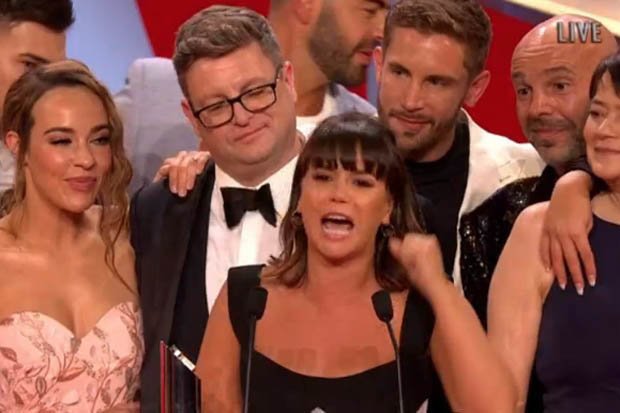 However, it has been confirmed today that Malique Thompson-Dwyer, who plays Prince McQueen is leaving the show.

The star has said he’ll “miss everyone, every single person” on the show.

Hollyoaks airs weekdays on Channel 4 at 6:30pm, with the First Look episode on E4 at 7pm.

Never Have I Ever Renewed for Season 3