Home » TV » Holly Willoughby wears shorts for 'sun's out, legs out' pic as she enjoys her summer holidays from This Morning

HOLLY Willoughby is ready for the heatwave as she flashes her pins while enjoying her summer break from This Morning.

The mum-of-three shared two photos with her 5.7million Instagram followers alongside the caption: “Suns out… legs out! This is definitely shorts weather ☀️ ☀️☀️…” 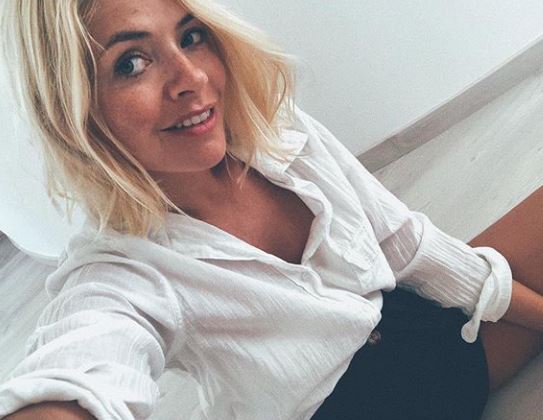 The TV presenter is now on her summer holidays away from This Morning, but has still been able to keep her followers up to date with what she is wearing.

Looking effortlessly stunning in a pair of Marks & Spencer high-waisted, black fitted shorts and a loose, white cheesecloth shirt, the 38-year-old showed off her tanned stems as she kept cool indoors.

Despite taking a breather from the scorching heat, the star appears to have been enjoying the weather already as she looked sunkissed with even lighter hair and freckles on her cheeks.

Her followers loved the photos, commenting: “If I had legs like yours I So@would too ……But nooo Casper’s finest will stay hidden this summer so not to scare off the sun” 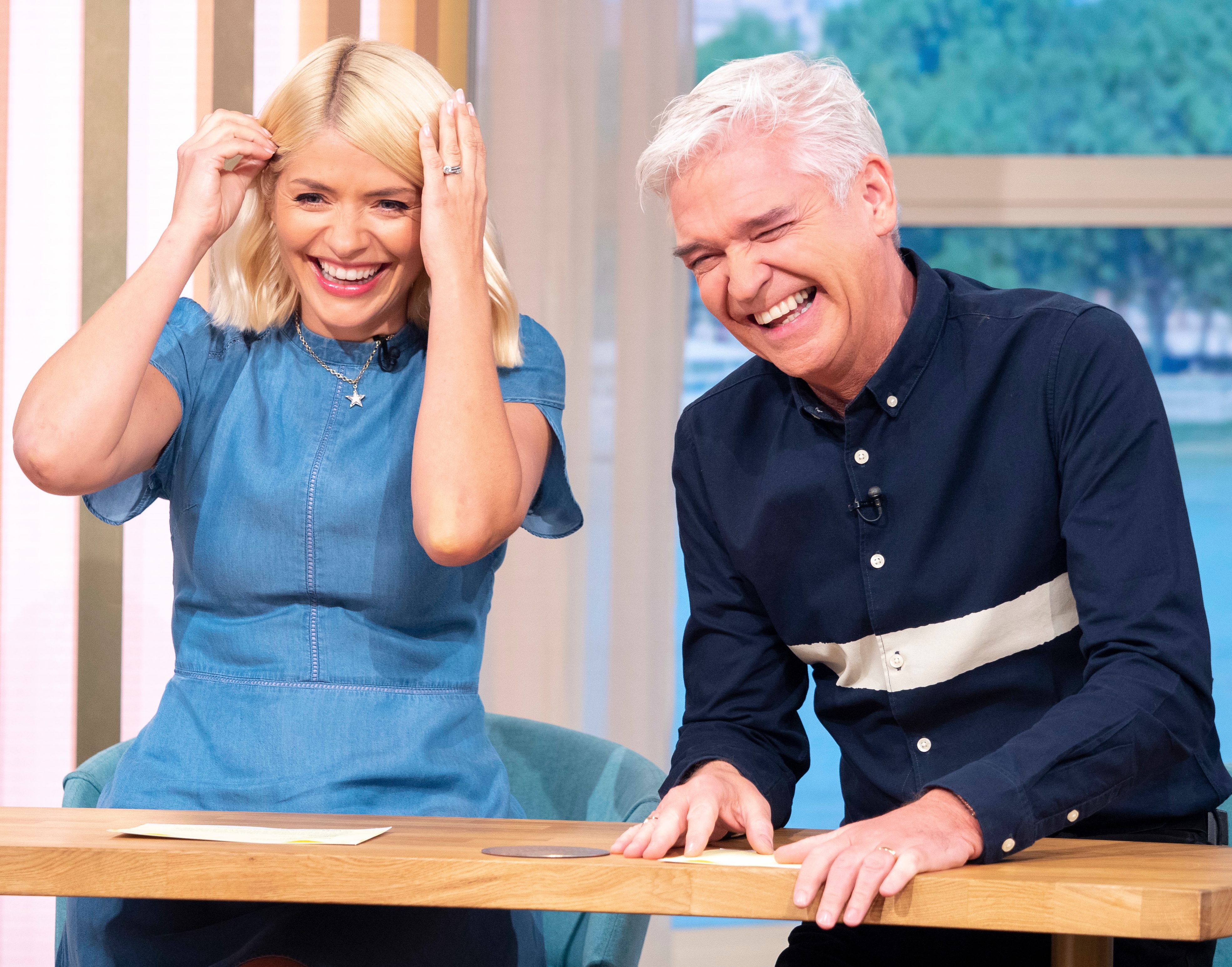 Another joked about the M&S ad, “Where did you get your legs from? I really want a pair!”

“So beautiful,” added a third.

Holly often creates quite a stir by sharing what she wears on Instagram – with her outfits often selling out in record time.

Snapped up fast by fans eager to copy her style, one bejewelled dress she wore on TV was out of stock within 30 minutes. 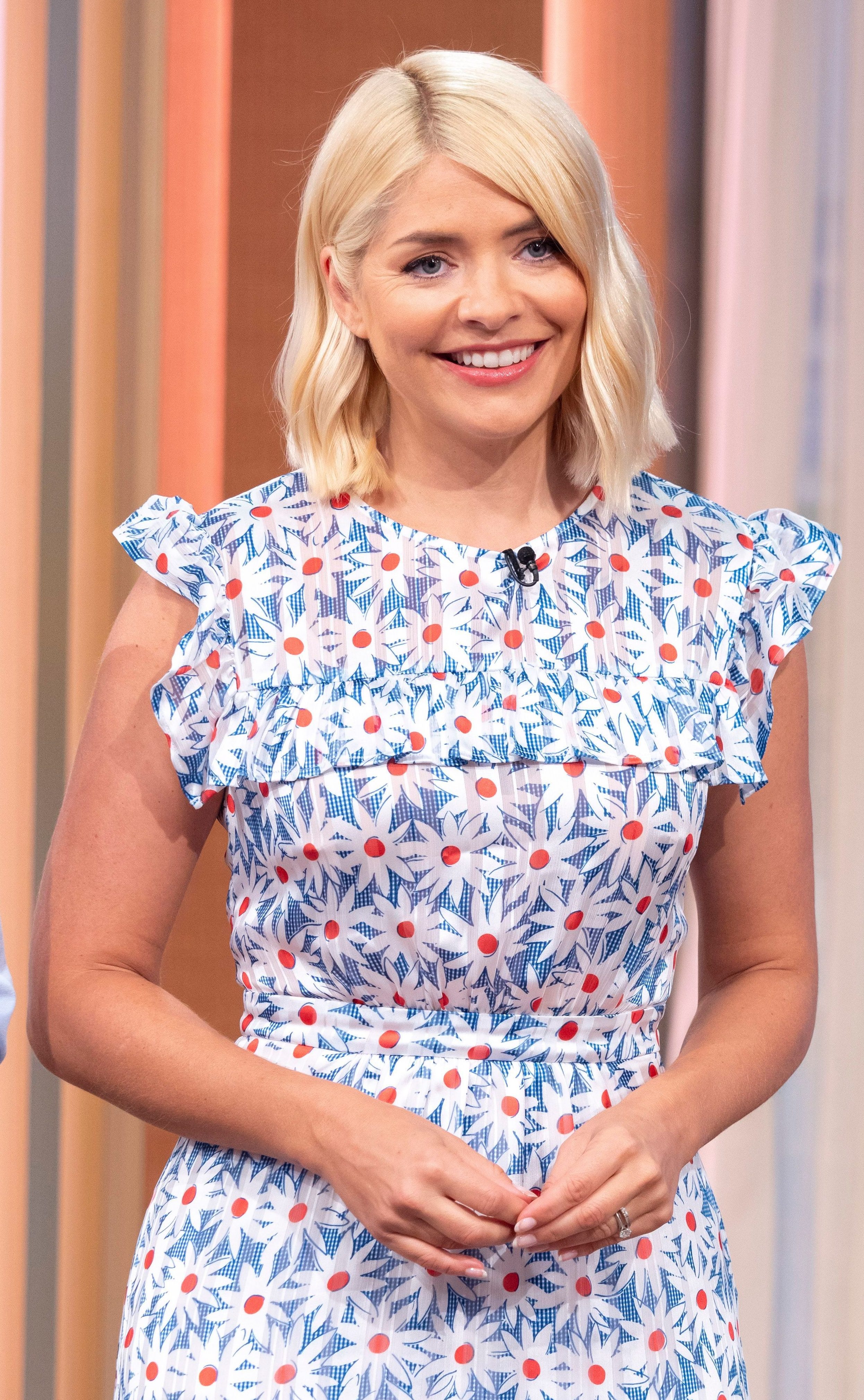 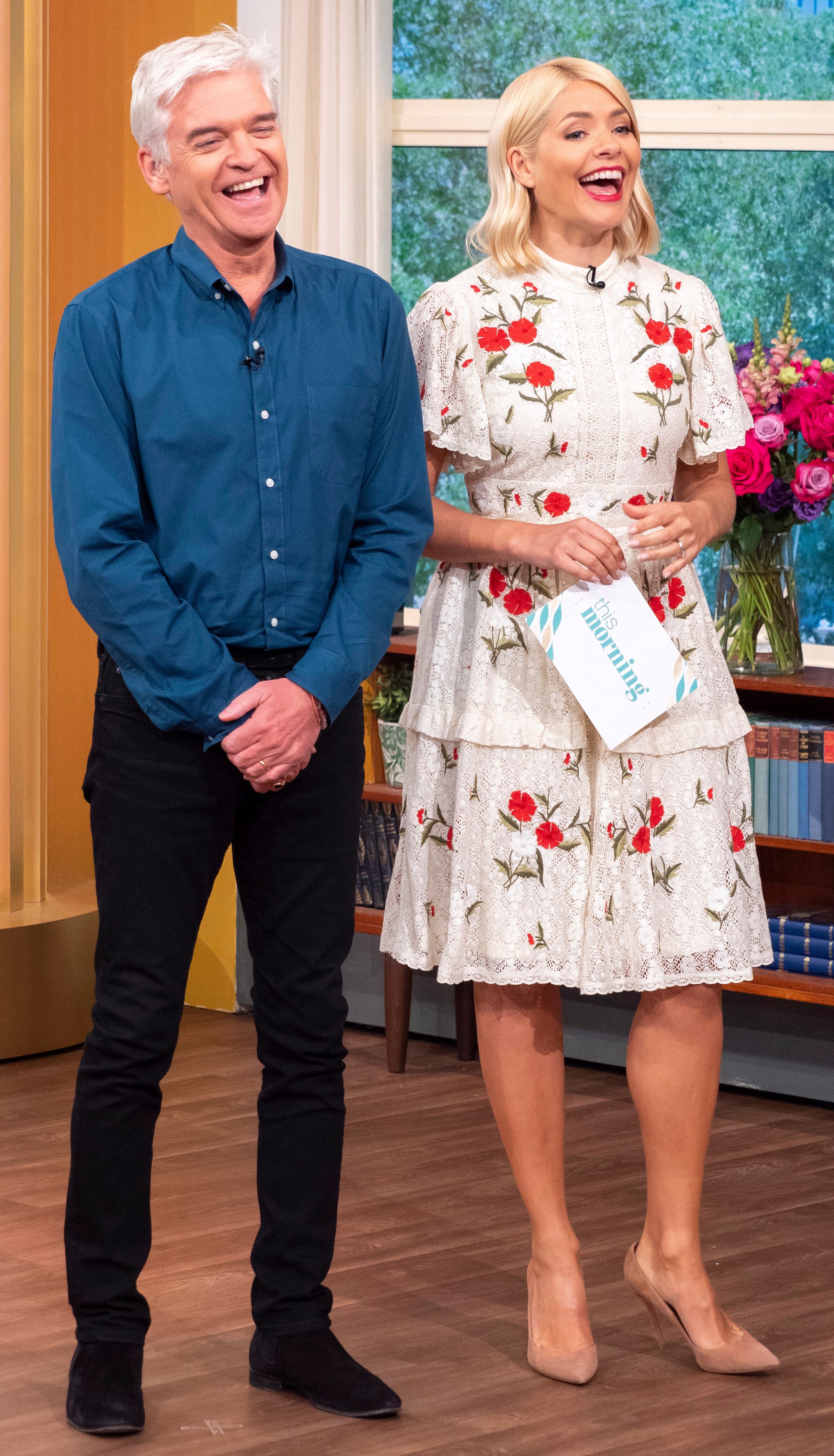 Just half an hour after the presenter a £1400 Ashish rainbow-striped sequin dress, it was sold out on online store Matches.

The U.K is baking as the hot weather continues with Brits set for the hottest day ever at 39C.

Today the UK will bake in highs of 32C as an African heatwave with sweltering humidity sweeps the UK for the first week of the school holidays.

Boiling air originating from Africa will sweep over France and Spain and across Britain for 48 hours from tomorrow.

It will arrive laden with sand from the Sahara Desert and smoke from fires currently ravaging swathes of Portugal, forecasters say.

An amber heat alert – the second-highest level – has been issued for the east and south east of England as well as the East Midlands.

The Met Office has also issued a yellow warning for thunderstorms for most of the UK from 6pm tonight until 9am tomorrow.

Temperatures are expected to rocket past the 35C mark before the end of the week, smashing summer heat records.

Hot weather could largely hold out through the rest of summer amid warnings to take extra care during the "dangerous" weather.

Emmerdale fans spot blunder as DI Malone gets revenge on Cain Dingle: ‘No one saw?’