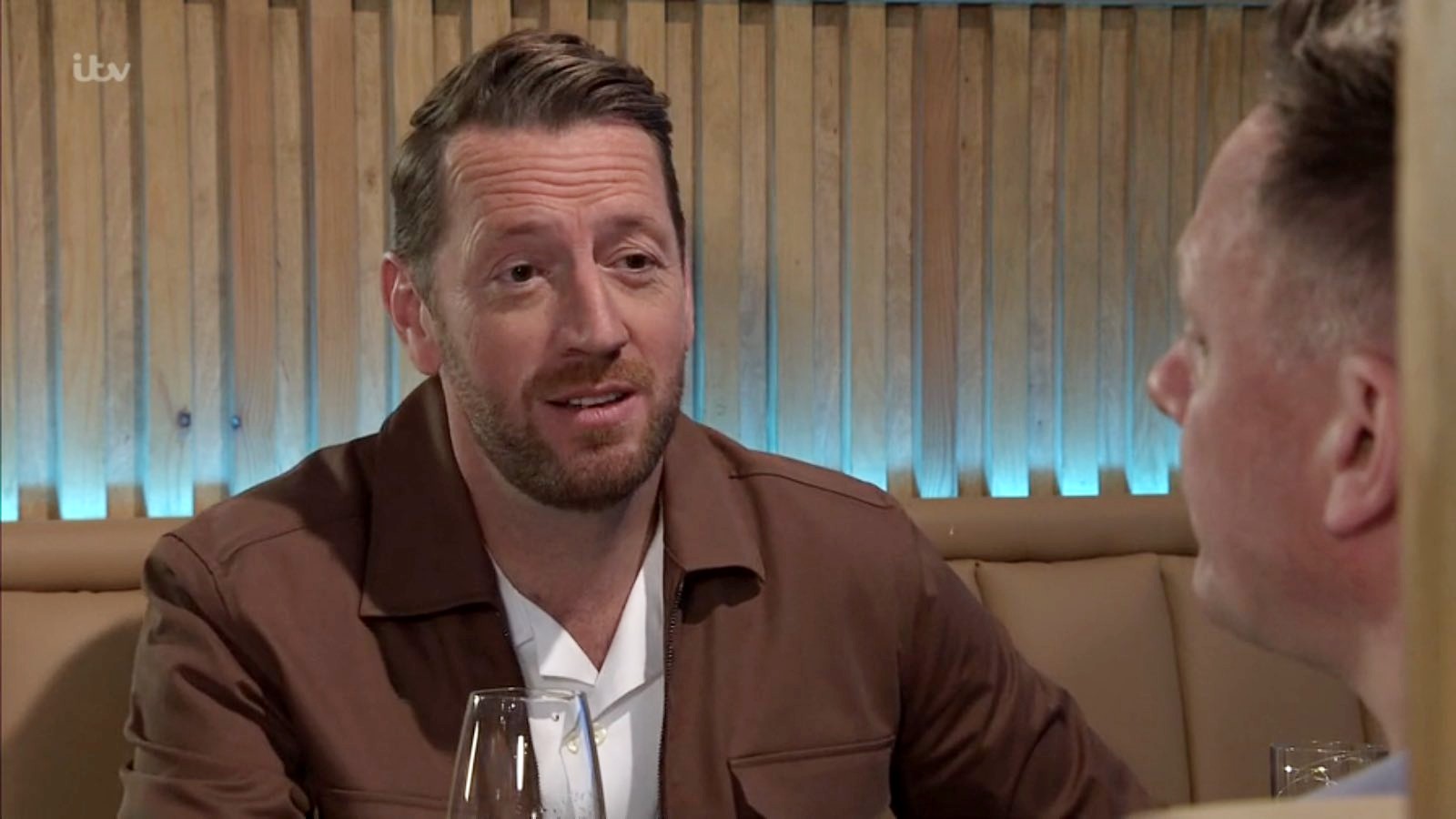 Laurence Reeves (Robert Shaw Cameron) has charmed Sean Tully (Antony Cotton) and well, basically everyone else since his arrival to Coronation Street.

He’s a new character, so we haven’t seen him a great deal and so far, we don’t know an awful lot about him.

Laurence arrived during the same episode as Glenda (Jodie Prenger), and both Sean and Todd (Gareth Pierce) liked the look of him so much, they spent most of the afternoon talking to him about The Wizard of Oz.

Sean and Laurence have started dating after tracking each other down and tonight, there was a very interesting scene we just had to talk about.

Entering the pub, Glenda was surprised to see Sean working, as she thought he was off on a ‘hot date’.

Roped into a shift, Sean explained that Laurence was just going to sit at the bar and keep him company instead.

When Laurence arrived, Glenda started talking about Sean’s relationship with Dylan (Liam McCheyne) and then told Laurence we never hear anything about his family.

And he didn’t reply.

Laurence looked shifty and quickly changed the subject – but why?

The dentist is very kind, but is it all a lie?