She will lead the second season of Netflix horror anthology, which tells an all-new story with all-new characters 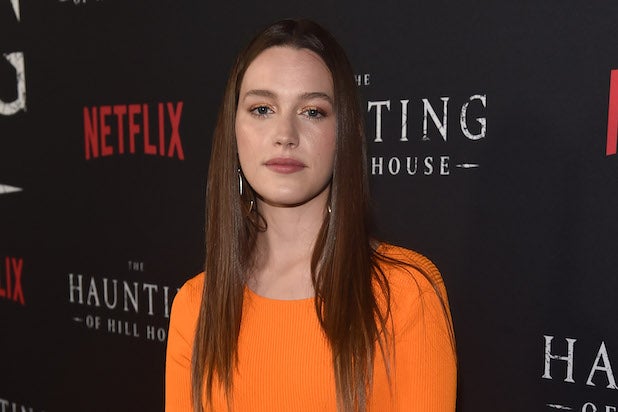 “The Haunting of Hill House” star Victoria Pedretti will return to star on Season 2 of the Netflix horror anthology series, “The Haunting of Bly Manor,” TheWrap has learned.

While “Hill House” is an adaptation of Shirley Jackson’s 1959 gothic novel “The Haunting of Hill House,” when Netflix renewed the Mike Flanagan-created series for Season 2 in February, the streaming service revealed it would be “a new story with all new characters” titled “The Haunting of Bly Manor,” based on Henry James’ 1898 horror novella, “The Turn of the Screw.”

Pedretti, who played Nell Crain on “Hill House,” will have the leading role of Dani on “Bly Manor,” an individual with knowledge of the casting tells TheWrap. Details about the character are being kept under wraps.

The story follows the events that transpired during the one summer the Crains lived in the titular haunted home and their lives decades after leaving Hill House due to a tragic incident.