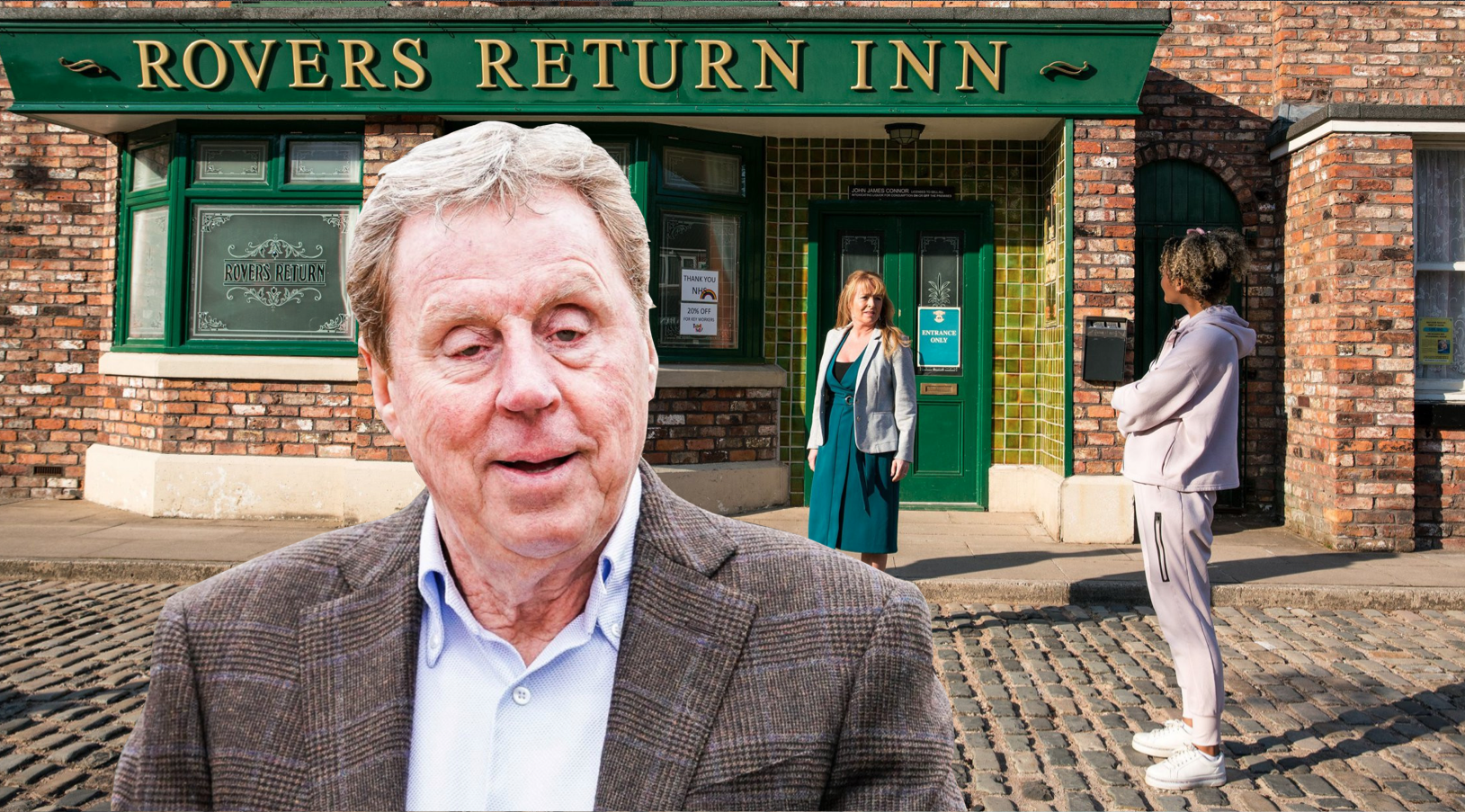 Harry Redknapp reckons that Coronation Street will be trying to get him to appear on the cobbles, in the wake of his upcoming cameo in EastEnders.

The former football manager will set foot in Albert Square next week, as part of a special episode of the BBC One soap which will coincide with the European Championships.

And Harry, 74, loved his little cameo, so much so that he would be up for returning in the future. Well, that is if Corrie doesn’t snap him up first!

‘I’m always available,’ the sporting legend said. ‘They’d better hurry up because I’m sure Coronation Street will be trying to get me now.

‘I’m starting to perfect my Manchester accent so Mick will have to invite me back to The Vic quick! But really, I had a great time and would love to go back!’

Harry will leave the residents of Walford stunned, when he steps out of a car, just as Mick Carter (Danny Dyer) is preparing for a Euro party at the Vic.

Jay Brown tells Billy Mitchell that the Harry Redknapp is due to arrive, claiming that he’s a friend of Terry Cant, aka Rocky (Brian Conley).

They don’t believe a word of it, and Sonia Fowler even asks her dad after Harry in jest. The non-believers get quite the shock, however, when Harry himself shows up.

‘It was great,’ said Harry. ‘I’m a Brian [Conley] fan so it was great that I’m Rocky’s mate in the show. I know Danny [Dyer] really well too, he’s a great guy, it was great to be with them.’

Harry said that he really enjoyed the experience, but admitted thar, prior to stepping on the set, he didn’t know that Walford wasn’t actually a real place.

‘I thought it was all real,’ he said, ‘I didn’t realise so that was a surprise! I thought they must have bought a real square up and used it for filming, I didn’t realise the houses have all been built for the show!

‘The Queen Vic as well – it was amazing.

He added: ‘My wife never misses an episode,’I watch it but if there’s a match on the other side I’ll be honest I have to switch!

‘But I’ve followed it over the years and I remember when it first started all them years ago, it was so exciting.  It’s a great show, we’ve always been fans in the family.’

‘We’re going to be there ready for it! We’ll be singing the theme tune, I don’t watch myself on TV usually but I will definitely make an exception for EastEnders – I’m ready for it.’

'Below Deck': Josiah Carter Reveals He Was Boarding a Plane to Join the Season 8 Crew