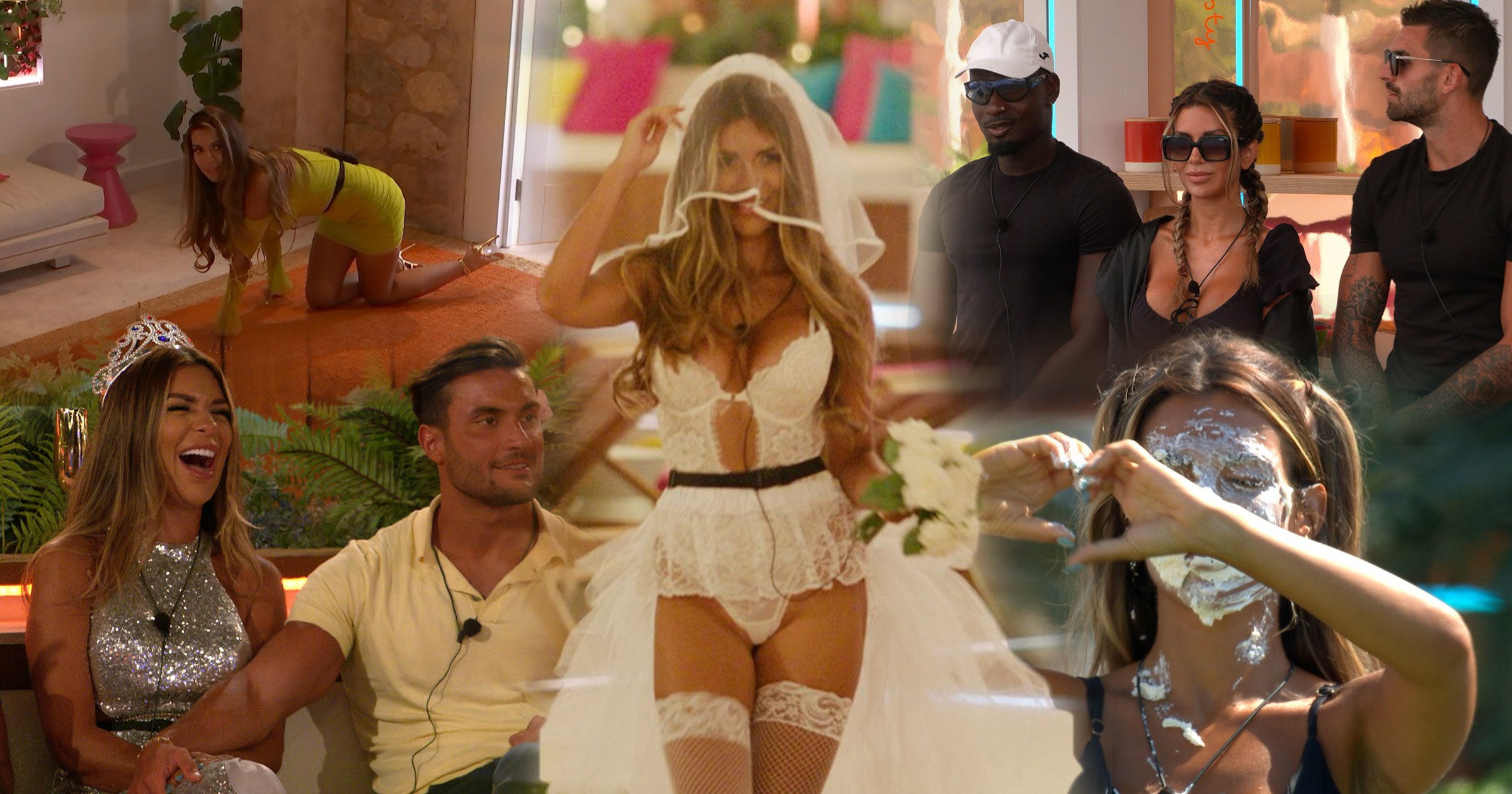 Ekin-Su Cülcüloğlu celebrates her first birthday since winning Love Island alongside Davide Sanclimenti, so it’s only right we help her celebrate.

Ekin-Su won the hearts of the nation after entering the ITV2 dating show as one of the first bombshells of the year.

While her time in the Villa was pretty turbulent, she soon sparked up a romance with Davide and the pair eventually went on to win the show.

That didn’t come without its first share of drama, after flirtations with other islanders including Jay Younger and Charlie Radnedge, but she ultimately went on to be crowned winner with Davide.

Elsewhere, she formed a solid bond with many of the girls in the Villa and proved herself to be the ultimate girl’s girl, despite telling the nation she specifically wasn’t going in ‘for seasonal girlfriends’ when she entered the process.

As her career looks to go from strength to strength on the outside, she’s also got a fun weekend ahead as she celebrates her 28th birthday.

So, we’ve compiled every single moment that reminded us exactly what made Ekin-Su our champion this year.

4. Not using filters because ‘it’s a bad example to women and girls’

After literally knowing Andrew for no longer than two minutes, Ekin-Su went full-on Spongebob by singing the popular cartoon’s theme tune after trying out her best Somerset accent.

While the estate agent saw the funny side, we still have no idea what she was thinking, and unfortunately, we don’t have footage of this one.

6. But that wasn’t quite as questionable as her Voldermort impression

7. Not being able to resist posing in the cockpit the moment she got back to the UK

Not content with just replying to him, she set up a Facetime call too. What a legend.

She told Capital: ‘He was just congratulating me and literally saying he’s a fan. He just asked how it’s going, am I sad to leave the villa, and said he was a big fan and I said “mate, I’m a big fan of you too”.’

9. Telling Liam Llewellyn she played a serial killer in a Turkish soap, because, of course

One of Ekin-Su’s many talents is working as an actress, which she has done in Turkey in recent years, but one revelation shocked poor Liam on their first date.

‘I’ve played really weird characters,’ she began, as she quickly grabbed his attention. She went on to admit: ‘I’ve played a serial killer,’ leaving Liam a little bit lost for words.

10. Finding out she’s also a popstar, who we need to do Eurovision

11. Being one half of the most memorable couple’s argument ever with Davide

After entering the Villa, she quickly caused a stir by announcing: ‘I’m not here for seasonal girlfriends,’ in a very direct comment, which proved early on she loved the drama.

She then dubbed Gemma Owen her ‘little sister’, which, unsurprisingly, didn’t go down so well…

As the series went on, it became clear she had everyone’s back and quickly forgot the comment she’d made on her entrance.

We saw her hype up all the girlies, and offer up absolutely sound advice to everyone when they needed it most, beautiful.

16. Going food shopping with Davide and then casually ending up at… an Indian wedding?

17. Going from calm to fuming in 2 minutes when things fell apart with Jay

18. Telling Jack Keating, aka son of actual Ronan Keating, that ‘Life Is A Rollercoaster’

One of the most underrated moments of the whole series. Ekin-Su couldn’t resist the chance to say goodbye to Jack in the best way.

It is an absolute banger, tbf.

19. Already bagging her own ITV spin-off

The Love Island 2022 winners are set to travel around Europe and cook for each other, which is exactly what fans have been begging for since their stint in the villa, where the pair brought all the drama and Davide’s epic one-liners made history.

We don’t think a couple has ever got their own series so quickly post-Love island.

20. Getting an absolute landslide victory with Davide and becoming only the second-ever bombshells to win

21. Falling over on national TV and styling out incredibly

22. Helping Davide work out by sitting on his shoulders, hours after meeting

23. Having the cutest first date with Davide ever

24. Using the yearly talent show to give a genuinely very heartfelt speech

26. Calling herself a Turkish delight, meaning we now will forever too

The Italian Stallion and Turkish Delight becoming the ultimate power couple is what we truly needed.

26. Being able to admit when she’d ‘f**ked up’ on national TV, which is pretty hard to do, we reckon

27. Even being incredibly iconic pre-Love Island

28. Poking fun at our favourite ever moment from Davide

When the islanders were tasked with doing impressions of each other for our entertainment, Ekin-Su and Davide got each other spot on.

Giving her take on the Italian Stallion, she said: ‘Ekin-Su, you are a liar, you are an actress, you are a snake that changes colour, you are getting bigger!’ 10/10, no notes.

Love Island can be streamed in full on the ITV Hub now.

‘For Life’ Gets Limited Run On IMDb TV, Extends Cast To Keep Hopes For Season 3 Alive