In the world of TV, appearances can be deceiving when it comes to age. Actors often play characters that are younger or older than they appear. Grey’s Anatomy, a medical drama entering into its 18th season in 2021, is a great example. In it, characters like Derek Shepherd (Patrick Dempsey) never truly seem to age, prompting fans to guess how old he really is during the first season and beyond. 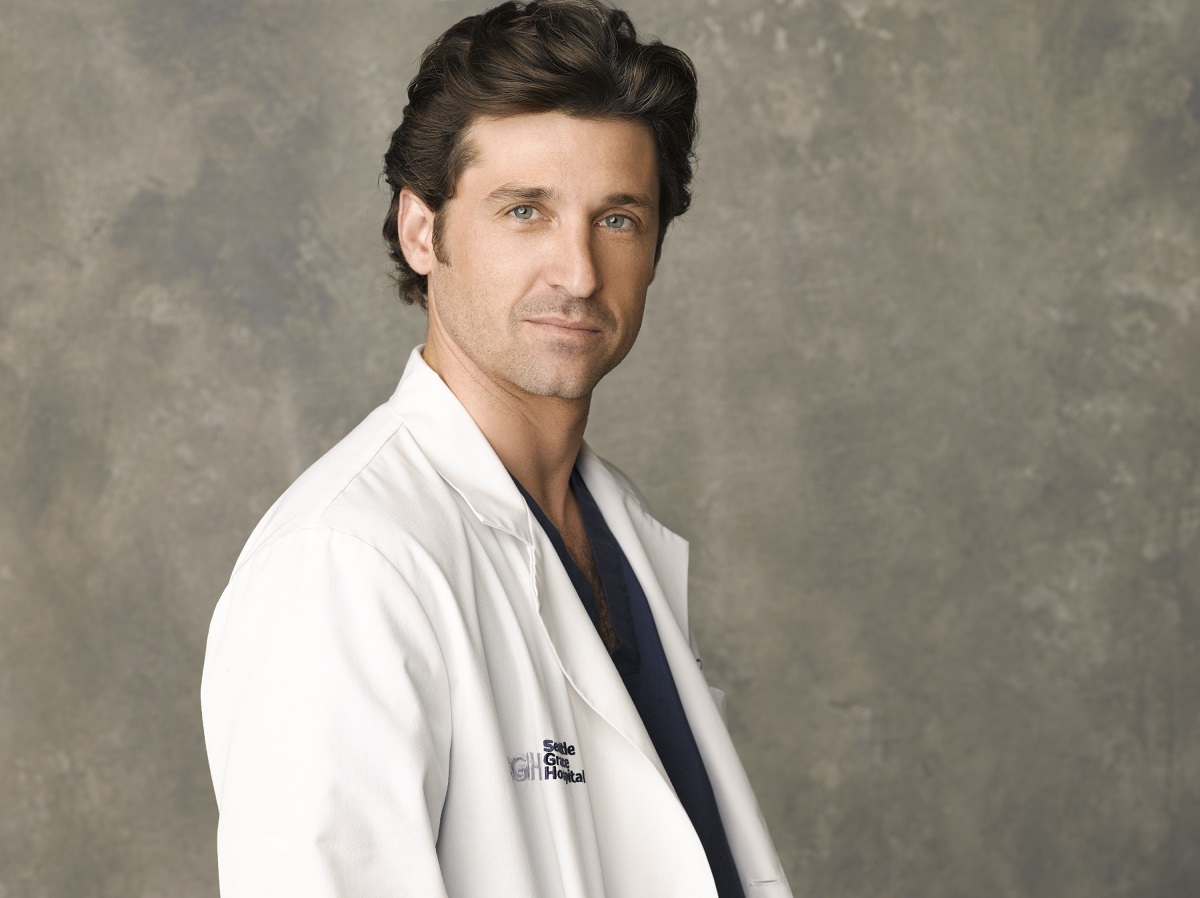 In season 1, we learn a lot about Derek. The first time we see him is a “morning after” with Meredith Grey. At this time, all we know is this handsome man and “a girl in a bar” hooked up for a night of fun.

Then Meredith (Ellen Pompeo) shows up at the hospital where she sees him and discovers that he is a world-class neurosurgeon attending at the hospital. Derek is forbidden fruit, so to speak since she is merely an intern. However, this does not stop their budding romance.

Try as she may, Meredith cannot resist his flirtation for long and the two eventually begin to date. Then, in a surprising twist of fate, Addison Montgomery-Shepherd shows up. Addison (Kate Walsh) is Derek’s wife from New York who cheated on him with his best friend, Mark Sloan (played by Eric Dane).

As more about Derek’s relationship with his estranged wife is revealed, we learn that they were together long enough for her to feel neglected by him. They were both busy with successful careers, and she turned to Mark.

With this whole life before Grey’s Anatomy, how old would he really have to be?

Derek’s life before season one

Before enrolling in medical school, Derek would have had to completed high school, received an undergraduate degree (typically around four years). Then, medical school in the U.S. will typically last about four years. This is followed by a residency and sometimes a fellowship. This means a person could spend 10 years before entering the workforce as a doctor.

To specialize in neurosurgery, Derek would have had to complete medical school, at least one year of internship with general surgery, and five to seven years within a neurosurgery residency program. Assuming Derek graduated from high school at 18 and went straight into college and medical school, he would have been approximately 35 before finishing his residency. Then, he had years of working at his private practice.

According to Women.com, Derek would have been around 38 when Grey’s Anatomy began in 2005, counting backward from his death date. This is believable based on the schooling required for his profession. Dempsey was born on January 13, 1966, which means he was 39 when Grey’s Anatomy premiered.

But, what about Meredith’s age in season 1?

As Derek’s love interest throughout the series, the two are several years apart. Meredith’s age is a bit of a mystery. However, if you watch and listen to the show, there are several clues, though most will not come to you in season 1.

She would have had to go through college and get into medical school, same as Derek. Completing high school at 18 and going straight to college and med school would put her around 26 years old. To complicate things, we must figure in that she spent some time roaming around Europe with Sadie Harris (Melissa George). The trip was cut short, but the timeline is never really clarified.