The first task on the Great British Bake Off this evening saw the contestants try to make a tear and share that would impress judges Paul Hollywood and Prue Leith.

But unfortunately for many, it was a tough week as they failed to prove their dough enough and ended up with some rather raw items.

However, while most contestants accepted the faults Paul found with their tear and share, Helena blamed Paul for her over-baked dish.

She had made a frosted cinnamon and pecan flavoured bake but it wasn’t up to standard for the infamously tough to impress judges.

“That ain’t no tear and share,” Paul remarked. “The problem is, it’s covered.”

Looking away shyly, Helena replied: “Right, well, you get messy but the rolls are proved individually.”

Prue was quick to shower praise on the bake, which did look rather delicious, commenting: “It is exactly like an American cinnamon roll, a good one.”

But on the other hand, Paul wasn’t as impressed as he criticised the bake and Helena’s timing.

“I think you’ve slightly over baked it,” he told her bluntly.

Nodding, Helena insisted it was Paul’s fault he had an issue with her bake as she was scared of disappointing him. 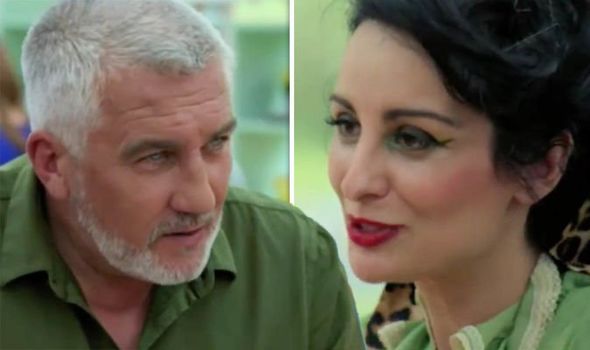 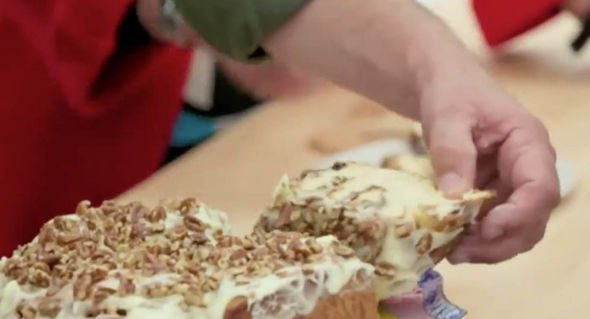 “I was too scared of you telling me it was raw,” she confessed.

“Damn it Paul, it’s your fault,” Helena continued as he could be seen smiling.

Meanwhile, when it came to the technical challenge, Paul’s task for the bakers did not impress those watching at home.

He asked the contestants to make four burger baps but he also asked they cook vegetarian burgers to go inside them too.

Bake Off fans were appalled by the idea and took to Twitter to remind the show it wasn’t MasterChef. 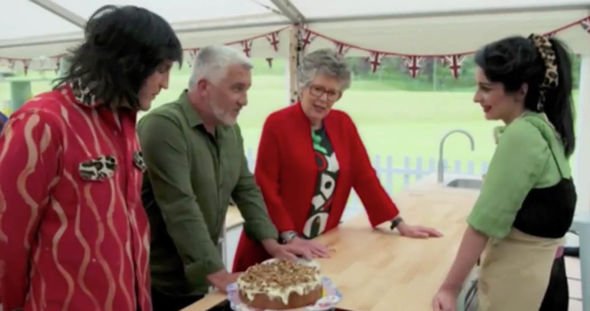 Another asked: “I’m watching Bake Off for the first time since it went to channel 4 and they’re making burgers?! That’s not baking now, is it lads #GBBO.”

Tonight’s instalment of Bake Off also saw Paul dish out the first famous Hollywood Handshake of the 2019 series.

He was stunned by Michael’s tear and share, telling fans on Instagram: “It tasted amazing, well done Michael!”

Great British Bake Off airs Tuesday on Channel 4 at 8pm.