Good Omens is full of scenes ripe with meaning, but one of the most discussed among fans is the conversation between Aziraphale (played by Michael Sheen) and Crowley (David Tennant) at the bus stop before they swap bodies. Amazon Prime viewers have read this scene a number of ways, with one interpretation being that it shows the true nature of the relationship between them. Sheen and Tennant have also talked about the bus stop scene and what it means for their characters.

What did the bus stop scene of Good Omens mean?

Writing on Reddit, user framedarcanes said: “It’s a scene where some things are said but other things are expressed.

“The scene: Aziraphale says “I suppose I should get him (the bus driver) to drop me off at the bookstore”.

“After Crowley reminds him that the bookshop burned down, and that Aziraphale can stay at his place, Aziraphale says “I don’t think my side would like that”.

“And Crowley responds with reminding him they do not have sides anymore. 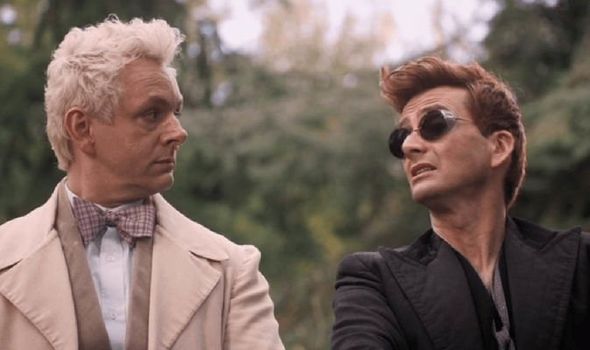 “While Aziraphale says he ought to get dropped at the store, his tone and expressions look uncomfortable.

“It’s not the face of someone who can’t wait to get home and be by themselves after a long day.

“When Crowley tells him his store burned down, he can stay at his place – there is a brief moment when his face lights up – conveying that he genuinely wants to stay.”

This suggests that, though they have considered themselves friends over the millennia, they may actually want something more from each other that their respective ‘sides’ would not allow. 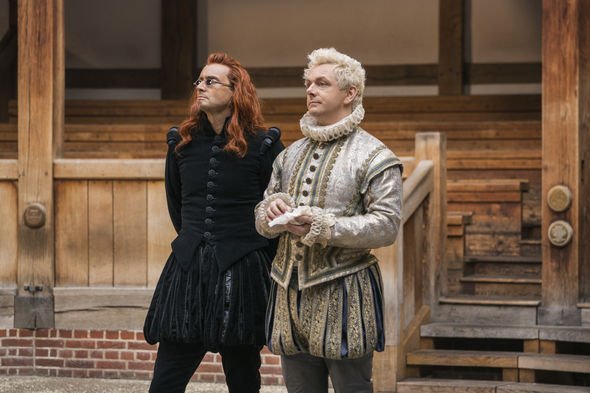 Rather than being just fan fiction, both Sheen and Tennant have confirmed that they played the characters as if they were in love with each other.

Speaking to YouTube account ShowbizJunkies at New York Comic-Con, Sheen said: “It was easier for me because I decided early on that Aziraphale loves Crowley.

That’s difficult for him because they’re on opposite sides and he doesn’t agree with him on stuff.

But it does really help as an actor to go: “My objective in this scene is to not show you how much I love you and just gaze longingly at you all the time.”

In the same interview, Tennant also revealed that this was how he played his character too. 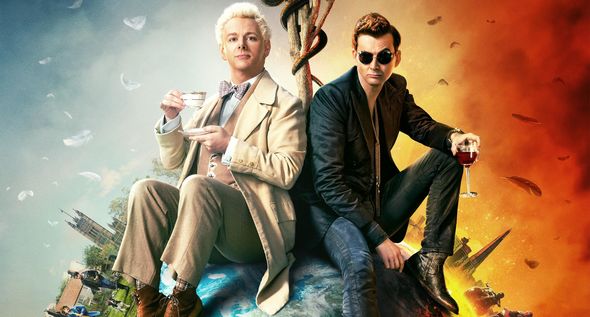 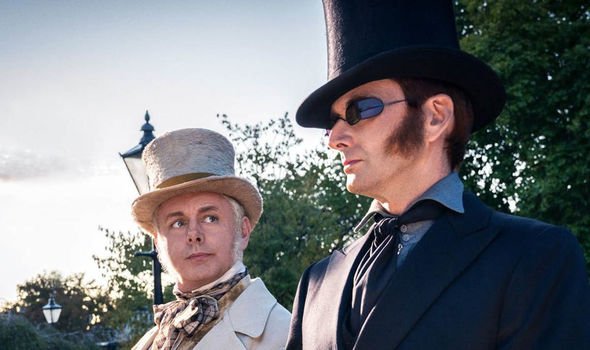 He said: “But then Crowley absolutely loves Aziraphale and hates that he loves him – it’s really annoying for him.

Sheen added: “There is a sort of wonderful love story in this.”

The bus stop seems like the perfect encapsulation of this love story, as their romantic future opens up before them before they have to stop thinking about it due to their respective sides.