The One Show surprises guest in Gardeners’ World prank

Adam, 51, stepped away from his usual role on Gardeners’ World to help The One Show Alex Jones, 44, and Ronan Keating, 44, with their One Big Thank You segment. The person they wanted to surprise was Duncan, who has been helping his local community by boosting their spirits and raising money for families financially hit by the pandemic. Arriving at a local stately home, the guest had no idea what was in store until gardening fanatic and BBC star Adam emerged from the sidelines.

Prior to meeting Duncan, Adam explained: “What’s going to happen is I am going to be pretending to do a BBC Wales live piece about pruning a shrub.

“And then, it’s going to go a little bit wrong as Duncan’s going to appear and I’m going to drag him in and it’s all going to happen.”

To get the guest involved, he was asked to become part of the audience who were watching the Gardeners’ World star.

The first glimpse Duncan got of Adam was when he was pretending to rehearse for the segment but things took a turn for the worse.

All of a sudden, the bush fell away from the wall and the gardening guru seemed to be panicked about the blunder. 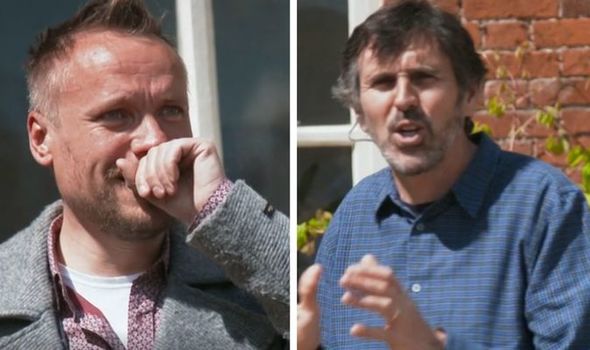 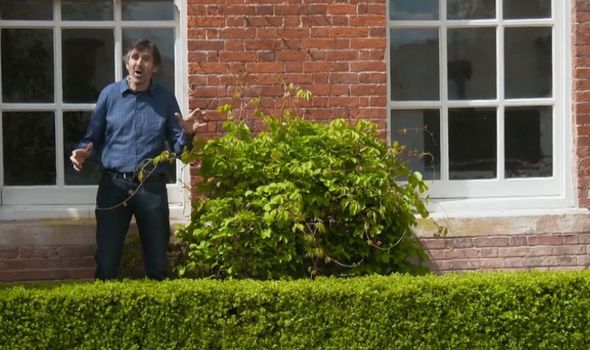 Needing someone to help him hold the bush, Adam called over Duncan to assist him with the live broadcast.

The guest didn’t seem too concerned as he followed the gardener’s instruction and held up the bush by the wall.

With the director telling them they were live on air, Adam said: “Do you know what, mate? This is not going to work.

“Actually, Duncan, can you stand up for me,” he added as the guest was confused as to how the presenter knew his name. 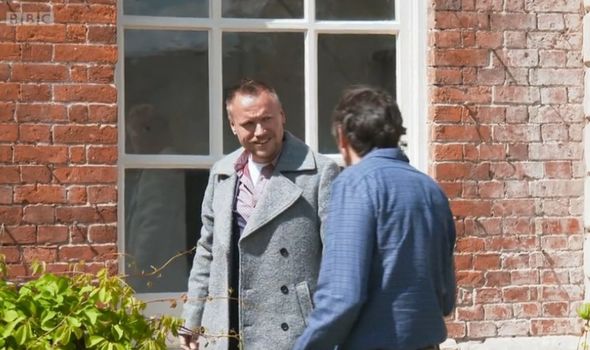 Not here on behalf of Gardeners’ World

“This isn’t about the shrub. This is about you, pal,” Adam explained, as he got the guest ready for his surprise.

“I’m not here on behalf of Gardeners’ World. It’s for The One Show and there are a few people behind me that want to thank you.

“Because they’re blown away by what you’ve done,” he continued with the audience behind him beginning to clap for Duncan.

The guest was overcome with emotion as a few tears fell down his cheek over the demonstration of gratitude for his work. 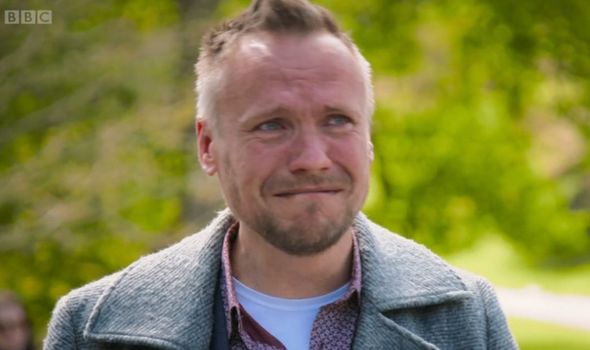 “They are all here for you,” Adam explained, adding: “Even I’ve got goosebumps, mate. Well, they said you’re not normally stuck for words.”

“I just did what anyone would do, really,” Duncan replied, thanking the presenter for surprising him with such an event.

Host of The One Show Alex appeared via video link to clue the guest up a little further about why they had been nominated for the accolade.

She said: “You’ve been at the centre of village life and your community work through the pandemic has only cemented that.”

“You’ve raised thousands of pounds to help those who were struggling financially through the pandemic,” Alex continued.

“Your support has been a lifeline to people and a lot of people appreciate what you have done,” the presenter added.

After hearing messages from those lives he had touched, Duncan became very emotional again and even Girls Aloud’s Nadine Coyle, 35, and Kimberley Walsh, 39, wanted to thank him for his efforts.

Duncan replied: “It’s nice to see people think I’ve made a difference. It’s no more than what people up and down the country have done.”