“Fleabag” isn’t just an intellectual comedy but operates on a physical level as well. There’s no better example than in the contrast between Fleabag (Phoebe Waller-Bridge) and her older sister Claire (Sian Clifford). Everything about the title protagonist is loose — from her chic hair and slinky jumpsuit to her mobile face and penchant for dashing about. In contrast, Claire is sedate, controlled, and very, very tense.

As the series creator and star, Waller-Bridge pushed to cast her old drama school chum Clifford to play her sister in the Amazon series. IndieWire spoke to both actresses and also attended a “Fleabag” Emmys FYC event to unlock the mystery of playing Claire.

“Sian manages to change on a cellular level when she’s playing this character. She instinctively understands the feeling of the character, and then she allows that to sort of manifest in her body. She’ll want to have a quick chat, and then she’ll look down at the page, and when she looks back up she will have inhabited this character. It’s extraordinary,” said Waller-Bridge.

“It’s very subtle what she does, but it’s a very physical performance. She’ll have shoved everything down — all of her tension comes right into her body. She sits very, very, very still, and she becomes very tight-lipped. The eyes change and everything. It’s like she’s possessed.”

Claire is a successful head of finance for an international company, constantly butting heads with her sister, and is married to the sleazy Martin (Brett Gelman). Claire is a bowstring that is pulled so taut, she’s full of raw, potential energy. In her case, that energy is rage.

“People have spoken to me about the brittleness of Claire and it’s something I wasn’t aware of until it was pointed out to me, this sort of rage that she has carrying in her body,” said Clifford. “For me, playing characters is always about an energy and feeling it in your body. That’s when I know that the character arrived.” 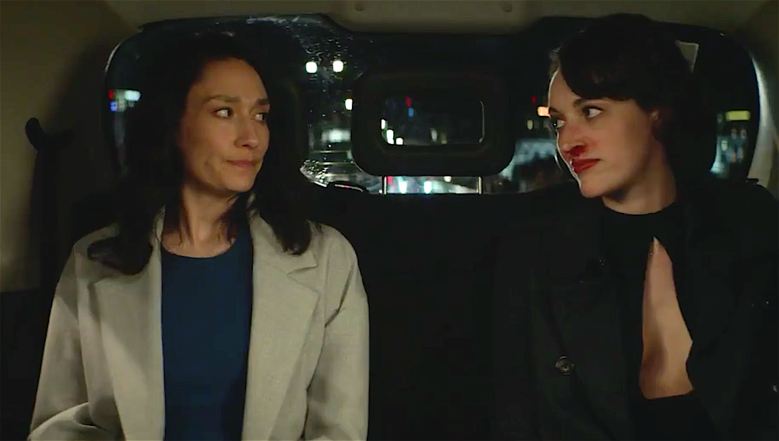 Fleabag is her first source of rage. In one episode, Claire must use Fleabag’s services as a caterer for an important work event but implores her not to speak or make jokes – she envies her fun-loving sister and fears that she would look stodgy in comparison. Because of this, she keeps Fleabag at arm’s length and reserves her worst behavior for her sister, telling her: “We’re not friends, we are sisters.”

“She has a cooler, younger, punkier sister, and it’s pretty hard for Claire,” said Clifford. “Claire is someone who just does not know how to break the rules. She is a conformer to the last, like she feels very, very responsible. She finds it hard because she doesn’t know how to break out. But here we’re starting to see that she is trying to make a change. Those cracks are starting to get a bit of an earthquake rumbling through them.”

The first episode sets off a tiny tremble when Fleabag stands by Claire after she’s had a miscarriage. They start to spend more time together, and one of the first signs of a significant fissure in Claire is a tiny loss of control of her picture-perfect appearance and composure. After receiving an unfortunate assymetrical haircut, Claire is distraught, and Fleabag is the first person she calls to confide in. 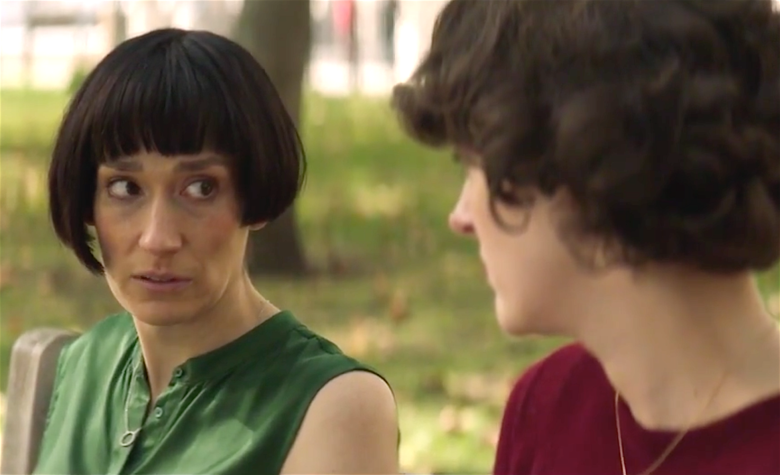 (Waller-Bridge’s real-life sister Isobel, who composed the dramatic music for the series, confirms that a similar situation has happened in their family. She said, “Everyone’s had a dodgy haircut at one point and think your life’s over. Then there’s always someone, whether it’s a best friend or your mom or someone, who can talk you down.”)

Her biggest source of rage, however, is her husband Martin, whom Waller-Bridge dubs a “weapons-grade asshole.” While part of that ire is directed at him and his unsavory behavior, some of it is directed at herself.

“I’ve been asked, ‘Why does she stay with Martin?’ a lot. I think especially for Claire, failure to her, is death,” said Clifford. “If she confronts the truth of her marriage, the man that she’s married, she has to have a reckoning with herself that she has failed at something and I think that is a universal thing that we all live with. It might not manifest in being in a relationship with a man as grotesque as Martin, but I think that we all have blind spots we don’t dare to look at or examine because it means we have to confront something about ourselves that we just are not ready to do.”

Claire has ignored her husband’s boorish behavior, even choosing to believe him when he claims that Fleabag tried to kiss him when the opposite is true. She also ignores all the nasty names that Fleabag calls him. Or at least, Claire used to do so. This season, she begins to listen to her sister and acknowledge that Martin is a terrible man, a terrible mistake. The attentions of a Finnish coworker named Klare (Christian Hillborg) don’t hurt either. This reawakening to happiness and her own self-worth culminates in Claire dumping Martin at her own father’s wedding. But as one final act of humiliation, Martin refuses the breakup unless she begs him to. Without any hesitation, she drops to her knees and demands, “Please leave me.” 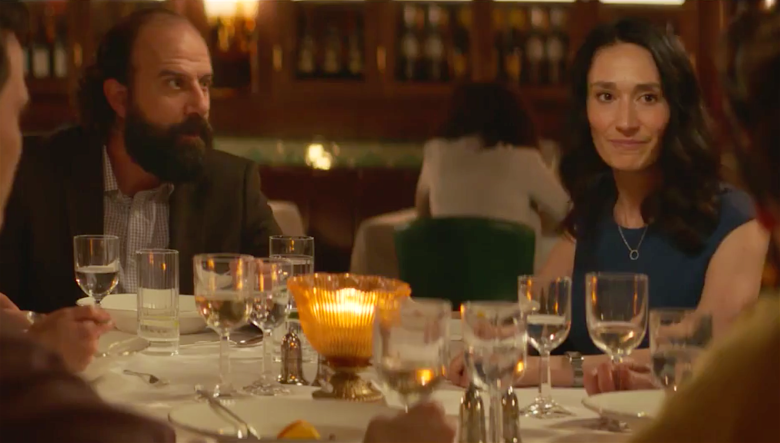 “What I love about this season is the journey that she goes on. Phoebe, I owe her everything. The fact that she allows Claire to arrive at that understanding and that reckoning with herself on her own terms, I think that’s so important,” said Clifford. “I love that we get to see that she recognizes [his bad behavior] and she calls him out. She gets on her knees and she tells him to fucking leave. Even when I was watching that in the edit, I was screaming. It is so funny, but also heartbreaking.”

It’s only when Claire has finally owned and released her rage can she allow herself to express her other emotions, to speak of her love for her sister. During the wedding, Fleabag urges Claire to purse Klare, who is at the airport to return to Finland. Claire responds, “The only person I’d run through an airport for is you.”

It’s a significant moment in Claire’s transformation that she can finally express affection instead of jealousy for her sister.

“That relationship, in particular, is remarkable to me. That is exactly what I am like with my sister. I resonated with that so deeply,” said Clifford. “To be honest, it probably was easier to do that with Phoebe in terms of we both just knew what that relationship was. She and I have a really unique and beautiful way of working with each other where we will really play with things on set and occasionally improvise. That 100% is about the trust that we have with each other. I think the deep understanding that we have with one another as people definitely enriches that relationship.”

Inside Brielle Biermann’s relationship with her mom