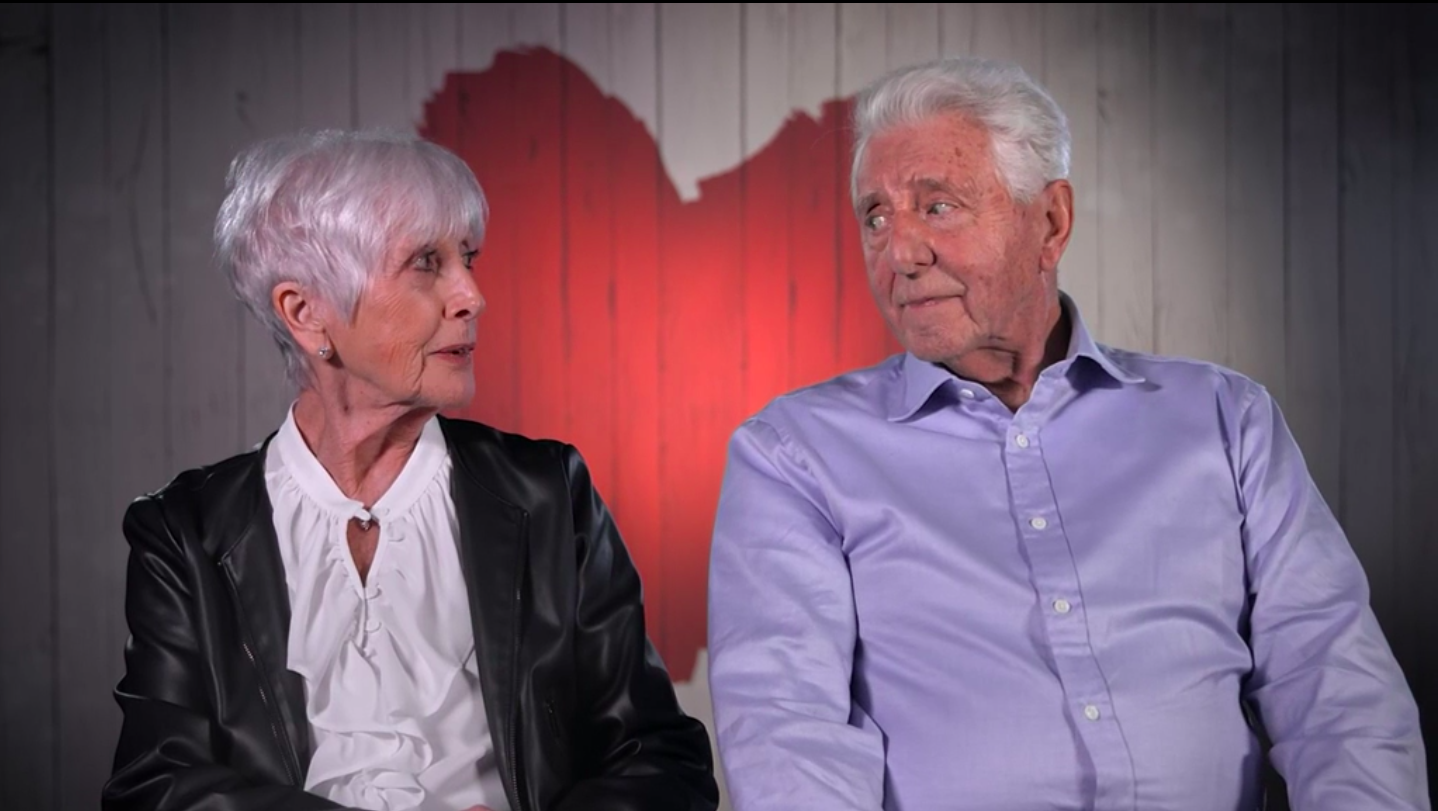 First Dates fans fell in love on Tuesday night, after two guests found a special connection on the show.

Viewers were introduced to 83-year-old former pin-up model Jean, who revealed that she had never gained weight since the day she used to pose for photoshoots.

‘I’m the same size and shape,’ Jean said, holding up an old picture of herself. ‘I’ve never gained weight but it all needs a good ironing.’

She was then introduced by Fred Sirieix to John, who impressed with his healthy lifestyle, saying he spent a lot of time in the gym.

The pair both hit it off after John brought his date a rose, in a romantic gesture that went down well with viewers.

They then both opened up about their former partners. In a moving conversation, they discovered their late partners both passed away on February 13.

The pair also spoke about their grandchildren, and how Jean started a career in pin-up modelling after taking part in a beauty contest.

John said Jean was a ‘lovely lady’ and would love to see her again.

‘It was absolutely amazing,’ Jean said of their date. ‘He’s such a very nice person. I thought he was a very attractive man.’

They both agreed to see each other again, and viewers were overjoyed to see the pair find someone special.

SEAL Team cast: Who does Rachel Boston play in SEAL Team? Is she back for good?