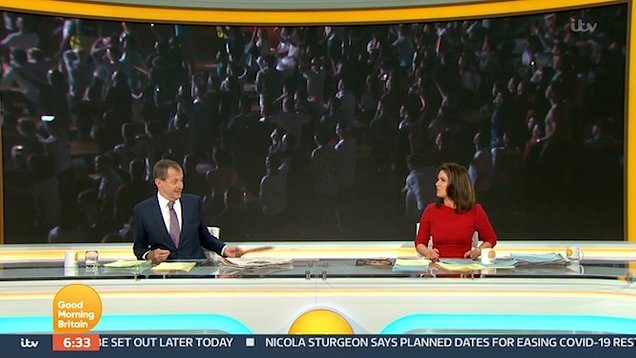 Good Morning Britain star Alastair Campbell has insisted England shouldn’t have been given the penalty that lead to Harry Kane scoring the winning goal against Denmark.

It was a tense match all round as the teams ended the match at 1-1, before the England captain managed to secure the win in extra time.

The penalty came after the referee penalised Jannik Vestergaard for making contact with Raheem Sterling – but it was a controversial move.

On GMB, Susanna Reid was happy to dob in her co-star Alastair.

‘Not the best penalty [Kane’s] ever taken,’ Alastair pointed out, with Susanna adding: ‘You don’t even think it should have been a penalty!’

Keen to move the conversation on, Susanna said: ‘Let’s have a look at how he took it,’ with the pair going on to have high praise for Denmark’s Kasper Schmeichel. 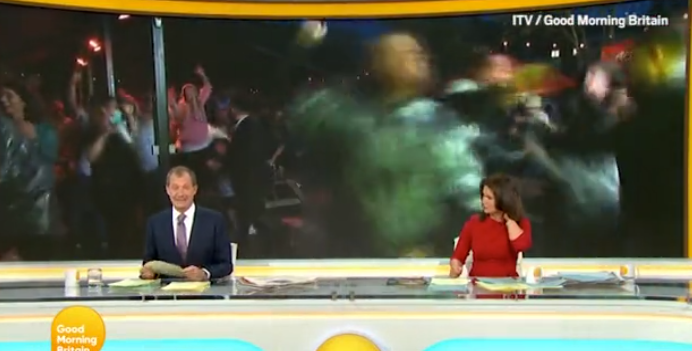 The former Downing Street Press Secretary later admitted he’d been told he should be more ‘joyous’ about the win.

However, there were plenty of stars celebrating the Three Lions’ win to make up for Alastair, with James Corden and Piers Morgan leading the charge.

Alongside a selfie from the ground, James penned: ‘It’s been almost a year and a half since I’ve been in the same room as my mum, dad and my sisters, And what a room to be in!

Piers also made it a family affair, posing in front of the stadium with his sons.

Beside the Instagram upload, which saw the trio showing their support for the team, the former Good Morning Britain host wrote: ‘Wembley! Come on England.’

Alex Scott and David Beckham were pictured in the stands in north west London, with Prince William and Boris Johnson also among the fans.

Ross Kemp was watching on from home, and celebrated England’s goal in typical understated form – screaming through a video on Twitter.

We wouldn’t expect anything else.