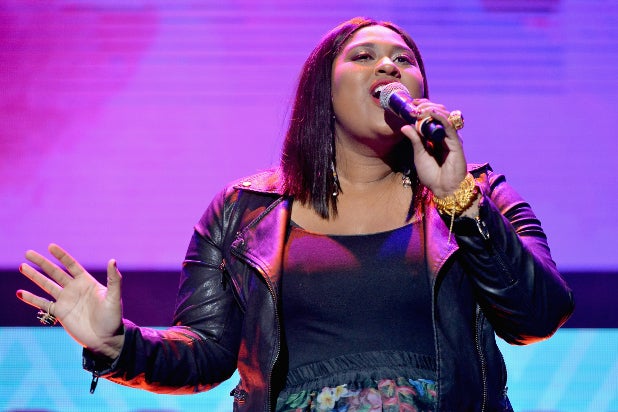 Eric Church and Jazmine Sullivan just slayed the national anthem ahead of CBS’ Super Bowl LV — but it took them awhile. The pregame “Star-Spangled Banner” blew way past the over/under betting line.

Though we are waiting for the official stopwatch results, it is safe to say it wasn’t even close. And if you don’t want to take our word for it, see the BetOnline.ag tweet at the bottom of this post.

The original over/under line for Church’s and Sullivan’s national anthem was set at two minutes flat. That was until Florida TV reporter Zach Maskavich recorded video of himself listening to their “Star-Spangled Banner” rehearsal and uploaded it to YouTube. On Maskavich’s video, the rendition ran for two minutes and 16 seconds. That blew up the line, forcing many sports books to remove the bet from their board.

So now what? Oh right, the Kansas City Chiefs are defending their Super Bowl title vs. the Tampa Bay Buccaneers. But don’t worry music fans, there will be more singing: The Weeknd is this year’s Pepsi Halftime Show performer.

Super Bowl LV is taking place in Tampa Bay’s Raymond James Stadium, the home of the Buccaneers. Sunday marked the first time in Super Bowl history that one of the participating teams played the big game in its home stadium. Of course, due to the coronavirus pandemic, there was a limited-capacity crowd in attendance. In other words, the home-field advantage was limited.

Watch the national anthem performance below.

Interview: Anne-Marie Duff compares the crisis management of the pandemic with 'The Salisbury Poisonings'