Emmerdale viewers were shocked to learn Graham Foster (played by Andrew Scarborough) was in fact killed by Pierce Harris (Jonathan Wrather). Following a week of flashback episodes which took a detailed look at the movements of six suspects, it was Rhona Goskirk’s (Zoe Henry) ex-husband who hit Graham over the head and then pushed him off the edge of a cliff. With her lover now in a body bag, what does the future hold the Rhona?

Actress Zoe Henry spoke out about her future storyline and what viewers can expect in upcoming weeks.

Graham’s death was rather untimely, he and Rhona had been planning on leaving the village to move to France and start a new life together with her son Leo.

Hours before they were meant to get on the road to make the ferry, the businessman met his grisly end and this will be a turning point in Rhona’s life.

Discussing how her character comes to find out the devastating news, Zoe said: “Graham’s been missing for about 12 hours and it’s totally out of character. 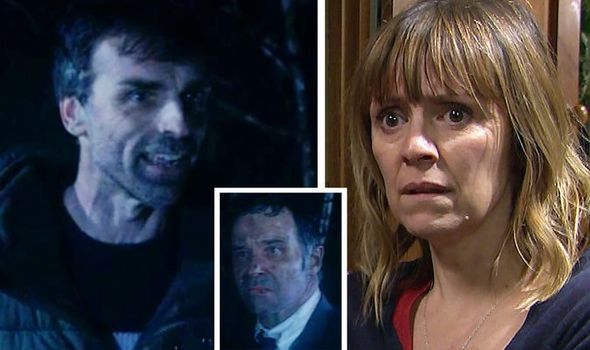 “They were due to catch the ferry the previous night to go to France, everything was in place and he goes missing so she’s panic stricken that he’s not around. And I think she has a very strong sense that something has gone wrong.

“Marlon [Dingle (Mark Charnock)] has come around, see if she’s okay and make sure Leo’s still there and then there’s a knock at the door which she hopes is Graham and but it’s not unfortunately, it’s the police to deliver the devastating news that Graham is dead.”

As for how she feels, Zoe continued: “To find out your partner is dead is one thing but to find out that potentially they’ve been murdered, it’s just another level so she cannot comprehend it. She’s just in utter shock.”

It won’t be long before Rhona starts wondering who could’ve killed Graham, understandably she will suspect Kim Tate (Claire King). 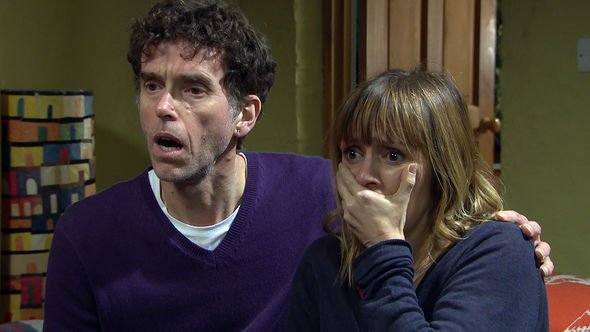 “[Rhona] has suspicions for sure,” Zoe explained. “She definitely knows that and has been part of the friction with Kim. That of course connects Al [Chapman (Michael Wildman)] as well.

Viewers will tune in to see friends gather and support Rhona, namely Vanessa Woodfield (Michelle Hardwick) who is worried about her friend’s safety considering Graham’s killer is still at large.

“[Rhona] is blinded by this fierce sensation that she needs to she needs to get to the bottom of this. There’s such a sense of injustice,” Zoe continued. 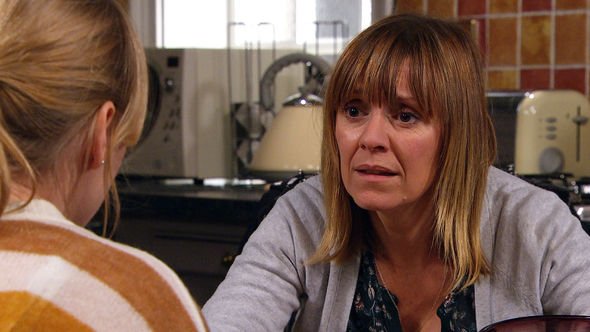 “She’s so angry that somebody has done this that I think any safety for herself just gets put aside and she’s just hell bent on finding out who did it.”

Perhaps this could tie into an exit storyline for Rhona? After all she had intended to leave the village before Graham’s death.

With no job at the local vets, Zoe explained how “new pastures” are on the horizon for Rhona.

Zoe also spoke about taking part in this whodunit storyline and said how exciting it had been.

“We’ve all been kept in the dark as well, so as the story has unfolded, it’s been revealed to us in little dribs and drabs.

“It’s certainly been an unusual concept. But I have enjoyed it,” she added.