Emmerdale viewers saw Rishi Sharma’s (played by Bhasker Patel) birthday camping end in disaster last night when a blazed engulfed the field and Laurel Thomas’ (Charlotte Bellamy) daughter Dotty lay asleep trapped in one of the tents. Scenes showed smoke billowing and Archie Breckle (Kai Assi) scurry into another tent for safety as Arthur Thomas (Alfie Clarke) fled. But once the fire is tamed, questions will be asked about some of the adults whereabouts, in particular Priya Sharma (Fiona Wade).

Despite not being embroiled in a major storyline, Priya’s year started off pretty rocky when she and Billy Fletcher (Jay Kontzle) stumbled across Graham Foster’s (Andrew Scarborough) body in the woods.

Having helped with the murder investigation, life resumed for Priya working for Kim Tate (Claire King) and the family partnership.

More recently, she has embarked on a forbidden affair with Al Chapman (Michael Wildman), with the two of them snatching moments together behind closed doors.

However, it seems their secret relationship will be exposed in upcoming weeks and it will end in heartbreak for the mother-of-one. 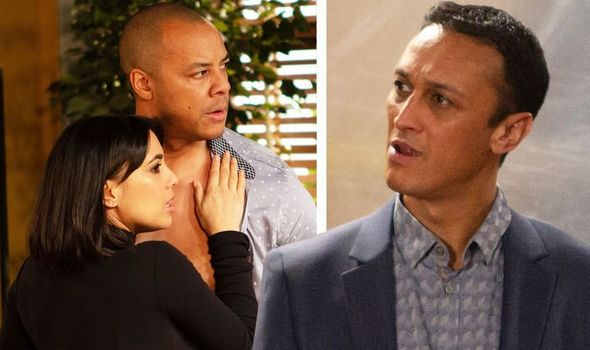 Last night, Priya was dragged away from the birthday celebrations by Al much to Rishi’s annoyance and Jai Sharma’s (Chris Bisson) suspicious eye.

Claiming he needed to speak with Priya about an urgent business matter, he snuck her elsewhere for a quick five minutes of passion.

According to official soap spoilers, Priya reveals to Al she is ready to go public with her relationship.

But their plans are cut short when Jai ends up walking in on them in a state of undress. 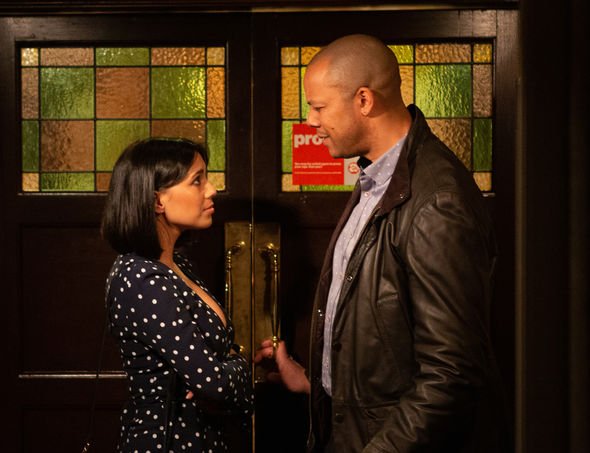 Discussing what is going to happen next, the actress who plays Priya spoke to Inside Soap.

She explains how Priya and Al have “snuck off to one of the sheds and the glamping site,” the same location in which Jai is “showing round an important client”.

“He walks in on Priya and Al having just done it!” She remarks. 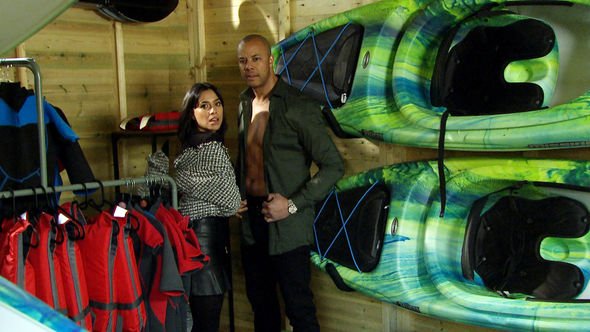 So how does Jai react? “He goes crazy and an argument breaks out,” Fiona said.

Viewers know how Jai doesn’t trust Al, and Fiona said “Priya is a little bit blind to” Al’s criminal past.

“So after being upset, she then gets defensive – she is determined to make a go of it with this relationship,” the actress continued.

Whatever the outcome, Fiona praised the Emmerdale writers for giving her character a new love interest.

“I hadn’t worked with Michael at all. But Priya has been single for a long time, so I thought it would be good for her to actually meet someone again,” she remarked.

Despite Priya being determined to make her relationship with Al a success, could Jai force Al to leave Emmerdale in a bid to protect his younger sister’s heart?

However, will all soaps there is bound to be a twist, could a pregnancy be on the cards for Priya in upcoming months?