Pierce (played by Jonathan Wrather) has been stalking Rhona (Zoe Henry) since his return to the Emmerdale village, after serving two years behind bars for raping his ex-wife. As she has no idea he is behind her boyfriend Graham’s (Andrew Scarborough) demise, the vet is dead set on Kim (Claire King) being his killer and voiced her anguish that justice wasn’t being served in tonight’s edition of the ITV soap. Having heard how his former bride believes the femme fatale is guilty of murder, this could be his opportunity to take the ruthless businesswoman down and protect his freedom.

As this evening’s instalment of village-based drama began, many residents were continuing with their campaign to help free Marlon Dingle (Mark Charnock) from jail, after he has been framed as Graham’s killer.

Offering her support, Kim made a donation to the cause, which Rhona wasn’t too happy about as she blasted the businesswoman for getting payback on her estranged husband for trying to begin a new life without her.

What the vet didn’t realise was at the same time, Pierce had let himself into her cottage once again and was rummaging amongst her belongings.

Returning home, the mother-of-one was furious with her friends for supposedly defending her love rival and was moments away from finding her ex-husband, when Vanessa Woodfield (Michelle Hardwick) turned up to comfort her.

With a mission to reunite with Rhona and spoilers revealing he will try to make contact with Kim, will Pierce murder the village stalwart to complete his plans? 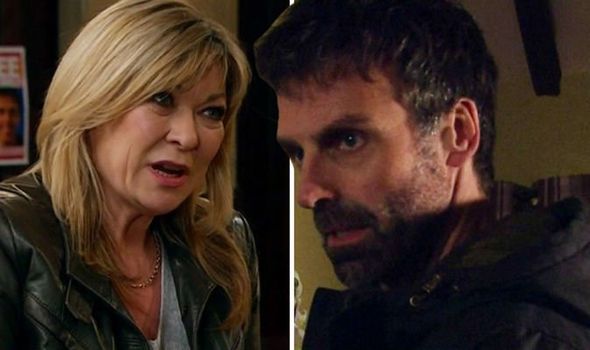 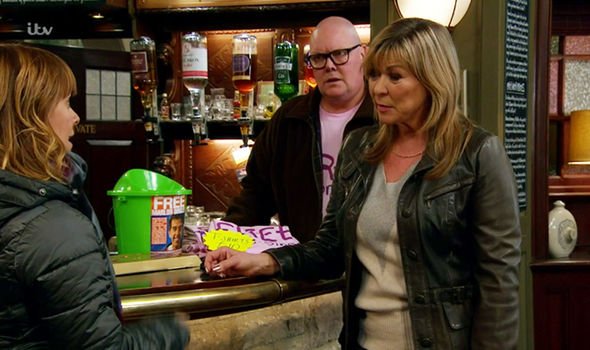 Hiding out of sight, Pierce listened in as Rhona told her friend: “I should’ve been in France by now, but I’ve got nothing.

“You know, I wish I could afford to just leave, get away from this village, get away from Kim Tate,” she continued, to which Vanessa asked: “Does that mean you’re going to stop going after her?”

The vet replied: “That woman needs to pay, but nobody’s going to listen to me,” and she became even more agitated when her friend seemed to go against her.

In the other room, her ex-husband had a glint in his eye as to a plan he was meticulously forging in his mind. 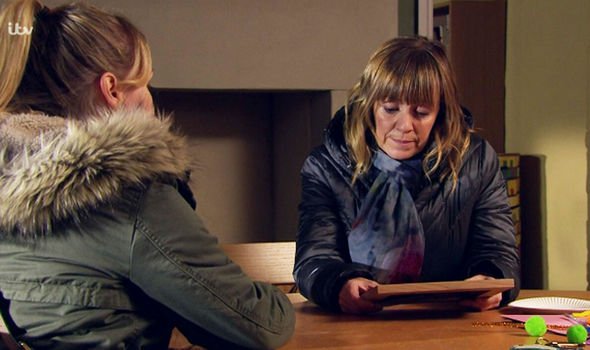 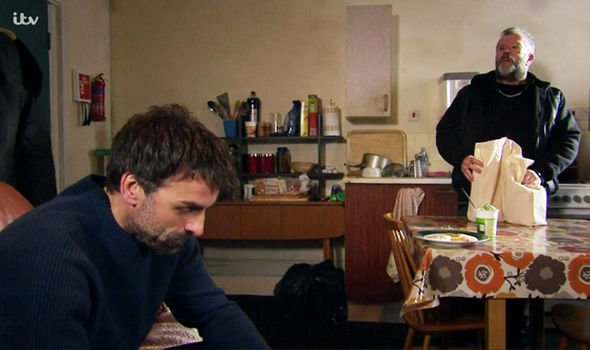 In a later scene, Graham’s girlfriend said: “I cannot stand to see Kim’s smug face everywhere,” to which Vanessa told her: “She’ll trip up one day.”

“How many lives have to be ruined before that happens?” Rhona asked before she then left her cottage in a hurry as it emerged April Windsor (Amelia Flanagan) had run away from home, in turmoil about her father Marlon being imprisoned.

Pierce too made his exit before he was seen speaking with his pal, telling him he would have a job soon whilst intently staring at a picture of Kim.

Scenes airing later this week will see the villain turn up at Home Farm and it has been thought he will ask the businesswoman for some work.

However, could he be planning to murder her to ensure he worms his way back into Rhona’s life?

Speaking to Mirror TV, soap star Jonathan teased his villainous character could be set to claim more lives in the village.

Explaining why his alter ego has become somewhat of an assailant, the actor said: “He wants to be reformed – he’s done a lot of work on himself. He feels like he’s on a crusade, he wants to rescue Rhona.

“But things escalate and get slightly out of control.”

“Most people know who Pierce is but there are a handful of people who haven’t met him yet who are in the show now.”

Last time Pierce was on the show, there was no idea on the horizon Kim would be making a return after spending her own time behind bars.

After ordering hits for many years, is this the time the ruthless businesswoman will meet her maker?