Home » TV » Emmerdale spoilers: Paul to kill Liv before she exposes the truth about Vinny’s attack?

Paul (played by Reece Dinsdale) has been causing havoc in Emmerdale since his arrival last year. Over the past few months, ITV viewers have watched him abuse his young son Vinny (Bradley Johnson), who has threatened to reveal his father’s darkest secrets to his surrogate mother, Mandy Dingle (Lisa Riley). But, towards the end of tonight’s episode, Liv (Isobel Steele) finally discovers the truth after Connor (Danny Cunningham) exposes his lies about the kidnapping.

In scenes that aired on tonight’s Emmerdale, Paul manipulated Liv even further after convincing her not to come to his and Mandy’s wedding.

Despite him not actually telling Liv not to come, he explained to her that “it’s up to you to decide what’s best”.

When Paul arrived home, he is shocked to discover that Aaron Dingle (Danny Miller) has Connor tied up and gagged because he believes that Connor was the one who attacked Vinny.

Little does Aaron know that it was actually Paul that attacked his son. 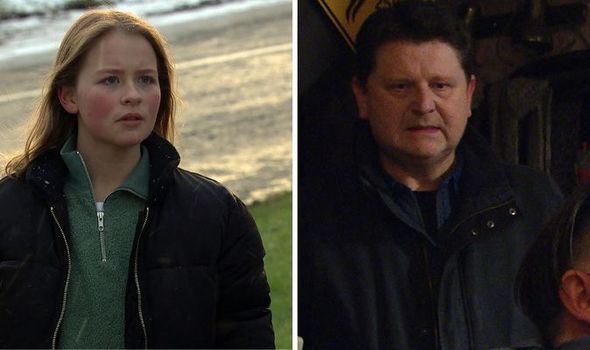 After convincing Aaron to leave the room so that he doesn’t discover his dark secret, Paul told Connor: “This has been a massive misunderstanding.”

As the pair began to argue, Connor replied: “Literally nothing is beneath you.”

“I am trying to think of a way out for both of us,” Paul continued.

“How can you be so sure that I didn’t beat up your kid?” Connor challenged Paul. 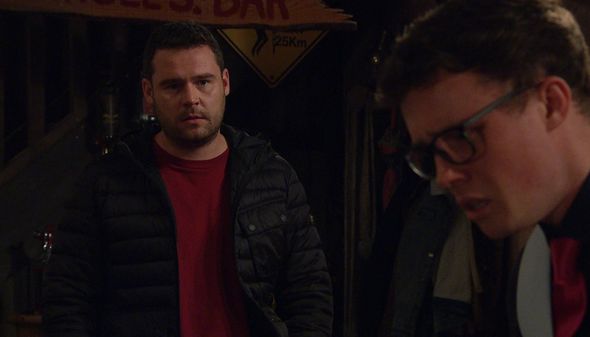 Just before he could answer the question, Lydia (Karen Blick) burst into the room and threatened to call the police.

Paul’s secret was almost discovered when Mandy and Vinny show up at the house.

But, in the end, Vinny pleaded with his mum not to call the police.

“You’re getting married in a couple of days, that should be the priority, not revenge,” he told her.

As the episode came to a close, Liv confronted Connor about the attack on Vinny.

Connor then exposed the truth about the kidnapping and revealed that Paul set it all up for the money.

“He was in lots of debt with me,” Connor began. “To the point, he would literally do anything for money.

“He pretended to be kidnapped so you lot would pay the ransom. He reckoned his son’s rich girlfriend would stump up the cash.

“I’m assuming that’s you, yeah? He set the whole thing up, just like he did today. He knows I didn’t beat his kid up so he untied me got me to punch him and run out like I’d just escaped.”

“Why would he do that?” quizzed Liv.

Connor continued: “Your guess is as good as mine I’ll tell you this, he said he knew I didn’t beat his kid up so he must know who did.

“I’ll leave you to figure it out, but if a fella can fake getting kidnapped to get some cash out of a teenage lass, then I think he is capable of anything.”

Viewers are now convinced that when Paul discovers that Liv knows what has happened, he will kill her so that she can’t expose the truth.

One tweeted: “Tell them the truth Vinny before Liv gets hurt.”

Another said: “The penny’s dropped for Liv, that must mean she dies then.”

A third added: “Spoiler alert !!! Liv gets killed on way to tell Vinny.”

“Right now I am going for Liv dying,” a fourth tweeted.

A fifth commented: “I reckon he’s capable of doing anything, this can’t be good for Liv.”

Will Liv expose Paul before the wedding? Or will Vinny finally reveal the truth to save Liv?

Emmerdale returns on Tuesday at 7pm on ITV.