Emmerdale fans will finally see Jamie Tate (played by Alexander Lincoln) admit to running Moira Barton (Natalie J. Robb) off the road during tonight’s episode. Understandably, Belle Dingle (Eden Tyalor-Draper) will be utterly shocked by the revelation. While she urges her lover to confess to his crime, viewers will see the veterinary receptionist torn between staying loyal to her family member and turning her back on Jamie, or following her heart and supporting Jamie in a bid to save their relationship. The actress who plays Belle has revealed what her character is going to do, and what the future holds for Belle’s arch-nemesis Andrea Tate (Anna Nightingale).

During an appearance on ITV’s Lorraine, presenter Andi Peters asked Eden whether Belle and Jamie will get a happy ending.

“I think this situation [Jamie confessing to the hit and run] puts her in a place where she has to pick her family or Jamie Tate,” the guest replied. “And you can’t have both!”

A clip was then shown of Belle going head to head with Andrea as Andi said: “We’re looking there at the evil Andrea, again, I’m going to talk as a viewer, you need to get rid of her Belle.

“Somehow, get rid of her because she really upsets me when she comes on screen. 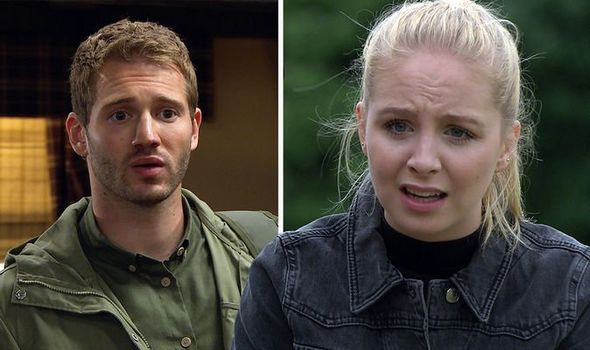 “I’ll go back to presenter mode, what’s she like to work with as an actress? Is she lovely?” he asked.

“Anna is the nicest human being – I don’t know how she flicks the switch but she does it so well!” Eden told the morning chat show host.

“Even in scenes, I’m like: ‘Okay, you’re terrifying me a little bit,’ even though the moment we stop she’s the nicest person.

“Andrea is a great character, but for Belle, she is horrific,” the actress added. 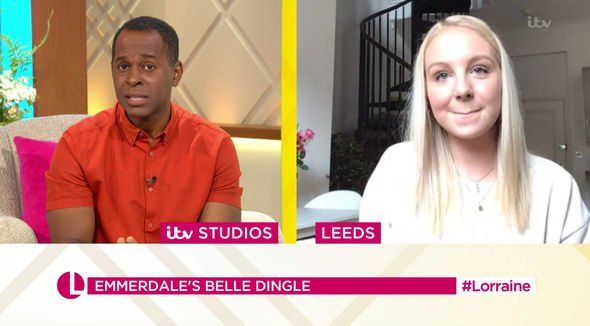 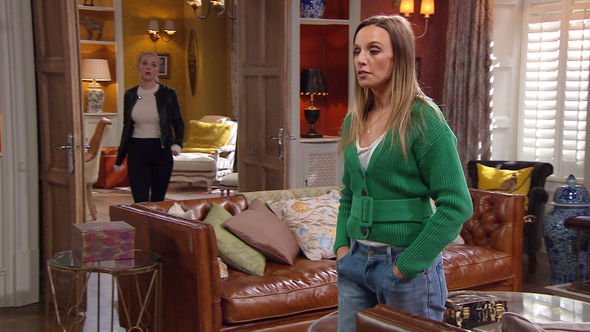 “‘She is horrific!’” Andi reiterated with a laugh.

“Eden, it’s been a pleasure to talk to you, Emmerdale continues tonight, we’ve seen that special little clip.

“For your character moving forward, just a small hint, you can use a thumbs up or thumbs down for me.

“Does it end positively or negatively – it’ll be really subtle, nobody will notice!” Andi remarked. 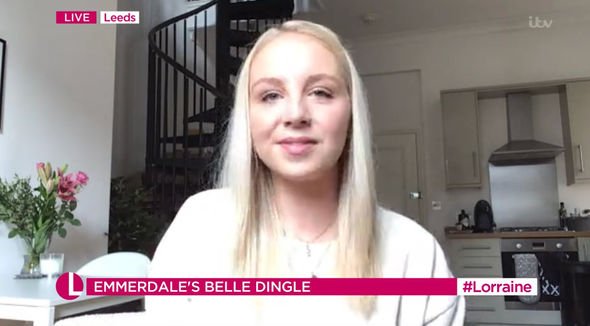 “Okay,” Eden replied and put her thumb up and wagged it from up to down giving nothing away. “It’s a mix!” she commented.

As for what Belle is going to do once she knows about Jamie’s involvement in her sister-in-law’s accident, viewers are going to have to wait until it plays out on screen.

It comes after fans have questioned whether or not Jamie is Kim Tate’s (Claire King) and Frank Tate’s (Norman Bowler) real son.

Following his “pathetic” response to a domineering Andrea, many are hoping for a huge twist.

Claire has said before: “I think she still believes that it was possibly Dave’s baby.

“Frank went to get a test done but he had to bribe them so there’s still that grey area although Jamie thinks Frank’s his father and Kim’s let that ride.”

Will Jamie be revealed as Dave Glover’s (Ian Kelsey) son?

Big Bang Theory season 12: Did the lift ever get fixed?