Mandy Dingle (played by Lisa Riley) will be returning to the Dales very soon with her son Vinny (Bradley Johnson).

As fans eagerly await her return, Emmerdale star Lisa has shared a rare photo to her Instagram account while on set.

The ITV soap star uploaded a snap of the infamous cobbled village houses against a bright blue sky.

Lisa captioned the image: “See the pure joys of working on @emmerdale @itv, the village is just STUNNING.

“If I sit in this garden long enough my freckles are going to DOUBLE!

“It’s such a glorious day, I do feel REALLY REALLY lucky #Emmerdale #happyatwork #sunshine #glorious #thatsky especially after the delicious time I’ve just had with my family.”

Emmerdale fans commented on the behind-the-scenes image and praised the star’s return to the soap.

One fan said: “Looking forward to seeing you in Emmerdale again, such a bubbly person to play xx.”

Another wrote: “Ah so looking forward to seeing you back on Emmerdale.” 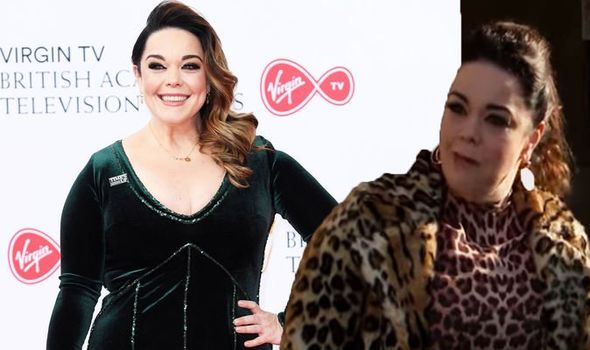 The Emmerdale legend returned to the Dales for a brief stint earlier in the year but will be back next month for a longer stay.

She said: “We’ve got Lisa Riley returning, which we’re all very excited about – so we have Mandy Dingle and Vinny coming back to the village.

“It’s going to be very fun and colourful as she kind of makes herself at home in the Dingle household.” 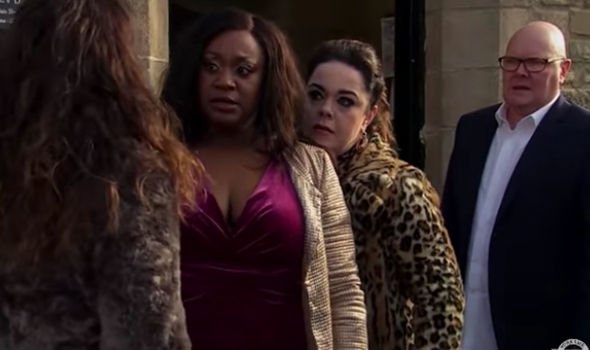 The pair unveiled their plans for an adventure park after the tragic fire that claimed the life of Frank Clayton (Michael Praed).

As Kim, Al and Jai took a look at the site of the burnt down sweet factory, Jai couldn’t help but lash out as Kim.

Graham Foster (Andrew Scarborough) held Jai back and he might decide it’s time to take drastic action to stop Kim.

Will he tell Joe everything in a bid to persuade him to return to Emmerdale?