Dan (played by Mark Jordon) was last seen on Emmerdale at the start of the year as he wanted to begin a new life in London after the turbulent time he’d has in the village. Although he and Kerry (Laura Norton) didn’t end on the best of terms, there history together leaves a lot of theories on the cards as tonight’s edition of the ITV soap hinted she could be about to make her own exit. Could the troubled former solider return to help his forbidden lover flee the Dales as they reunite?

During his first stint in the village back in 2014, Daz and his brother Dan Spencer (Liam Fox) seemed to both have an interest in Kerry.

Despite agreeing to marry his brother, the factory wayward mother felt an attraction towards her soon-to-be brother-in-law but a glimpse of his darker side lead her to stay with her groom.

Following a three year break from the soap, the former solider was reintroduced and it was discovered he was the biological father of his brother’s daughter, Amelia Spencer (Daisy Campbell).

It was because of the youngster Daz and his forbidden lover felt out as he tried to leave the Dales with her for a new life in London, but could yet another return see the pair reunite for a brief romance before they leave the village for good? 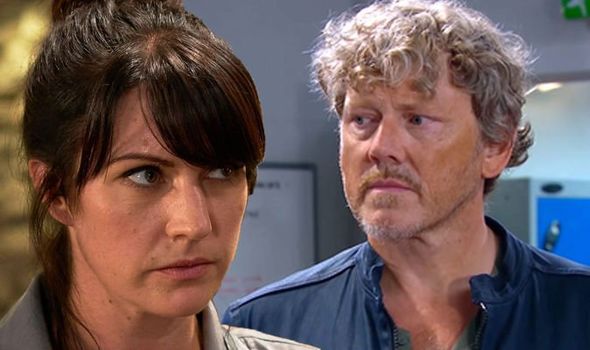 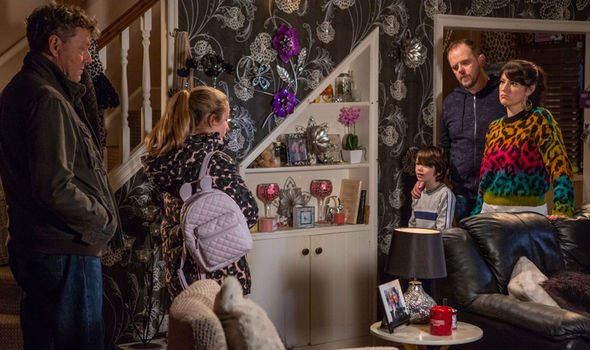 Although the character’s departure earlier this year was because his story had come to a natural end, it came at the same time actor Mark, 54, found himself in the midst of a court case after being accused of assaulting a pensioner outside a pub in 2018.

The soap star was subsequently found not guilty after denying the charges, with those previously held against him dropped.

Mark has spoken out about returning on several occasions, speaking on Good Morning Britain a couple of months ago where he explained the door was “left open,” for him to make a comeback.

However, recently the actor has been spending time with his co-stars and has taken to social media to express his eagerness to return to the role of Daz. 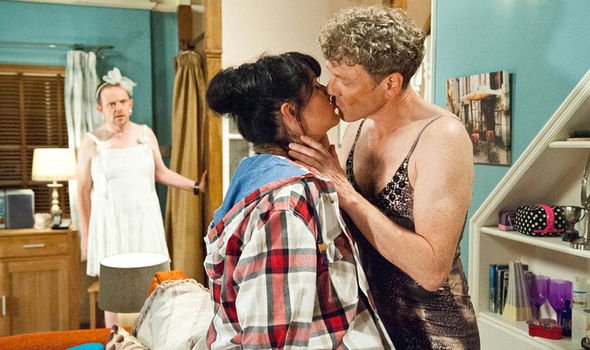 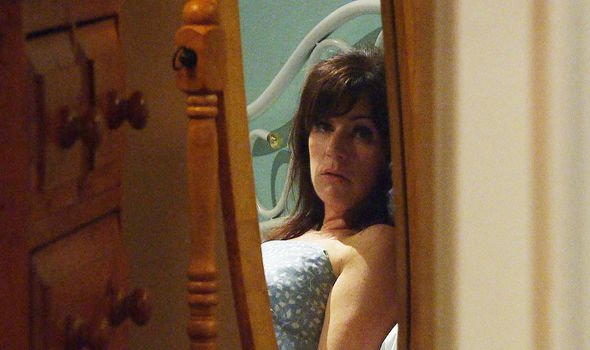 In view of his 16.7k followers, the former Emmerdale star wrote: “Been luck enough to have been sharing company with my Emmerdale buddies again recently . Feel so lucky , such brilliant peeps (sic).

Responding to the post, one viewer replied: “Awww hope you are coming back to Emmerdale.”

The actor wrote back: “I would like that too , love the crew who make it , love my friends who act in it . Great gig.”

So, could a romantic reunion be on the cards if the beloved character were to return to help Kerry?

Recent episodes of the countryside drama saw Kerry and Dan call time on their relationship after he discovered his partner had slept with Cain Dingle (Jeff Hordley).

With her life in tatters following the factory fire she caused earlier this year, the troubled character has been struggling to find a new direction.

Could running off into the sunset with her former crush be the relief the mother needs to restart her life?

What could thrown a spanner in the works is if the love cheat discovers she is pregnant with Cain’s baby after their dalliance.

Viewers are convinced this could well happen after the village bad boy took revenge on his wife Moira Barton (Natalie J Robb) for having an affair with his long-lost son, Nate Robinson (Jurell Carter).

Another added: “I’ve got a feeling Moira is pregnant – this Nate story is going to drag on for ages and I think there will be a paternity mystery.”

Whilst a third wrote: “Yea Kerry is gonna get pregnant,’ so is there any hope of a reunion with Daz?