Cain (played by Jeff Hordley) relationship with Moira (Natalie J Robb) has been extremely strained since he discovered she was having an affair with his long-lost son Nate Robinson (Jurell Carter) last October. Following lockdown in the Emmerdale village, the bad boy decided it was time to finally start divorce proceedings and free himself from the farmer for good. However, with something stopping the pair from staying away from one another, any hopes for a long-term reconciliation could be off the cards as the father-of-two set his sights on murdering his estranged brother-in-law, Mackenzie Boyd (Lawrence Robb) in upcoming episodes on the ITV soap.

The drama kicks off next week, just days after the newcomer kidnaps Cain and bundles him into the back of his car.

Moira will be shocked to see her young brother in the village, having not seen him since they were children themselves.

Mackenzie’s arrival will stir a long-harboured pain in the farmer’s subconscious as she revisits the demons of her past.

Deciding she’s kept some secrets to herself for too long, the mother-of-four plucks up the courage to speak to her sibling.

It seems the heartbreak will be too much to bear as the beloved character is seen crying her eyes out as her tattered relationship with her brother seems beyond repair. 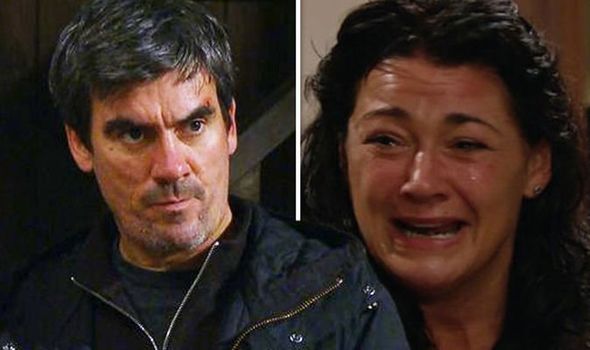 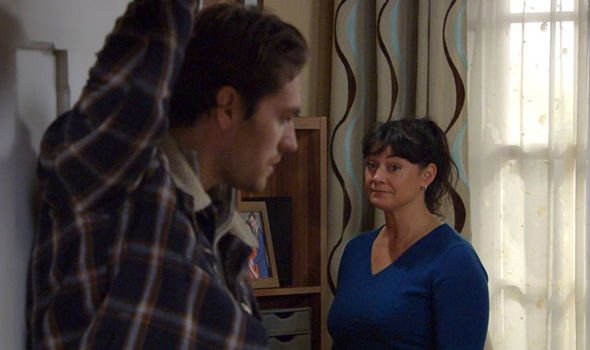 With things extremely strained between him and his estranged sister, Mackenzie takes a stroll through the village and is spotted by his brother-in-law.

Having been kidnapped by the newcomer, the village bad boy squares up to Moira’s brother and tells him is he sees him again, he will live to regret it.

Cain goes as far as to tell the troubled character he will end up leaving the village in a coffin if he pushes his brother-in-law too far.

The father-of-three has never murdered before, although having a few scares in the past, but will he claim his first victim very soon? 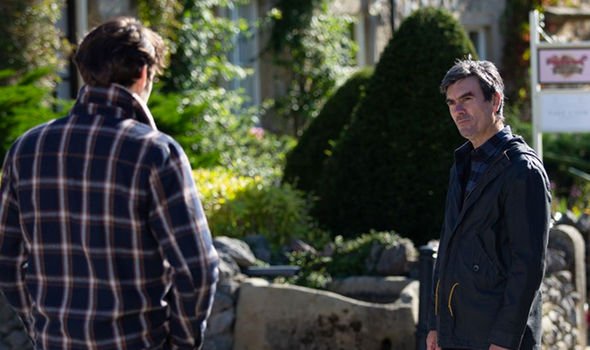 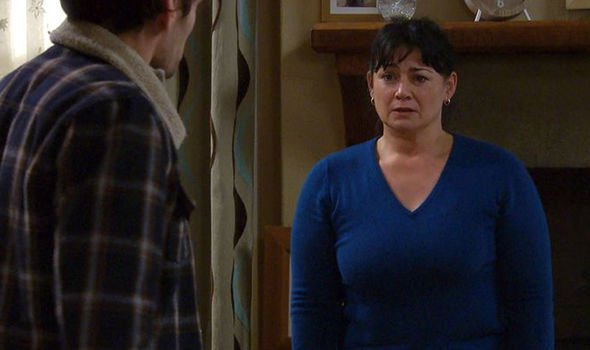 This could see Mackenzie make an exit as quick as making an arrival in the village, but will Moira discover why her estranged brother goes missing?

If she does realise Cain murdered her sibling, she might tell him this is something she can never forgive him for and therefore, put an end to their relationship for good.

The one reason she might not report him to the police is that she wants her son Isaac Dingle to grow up with a father.

For the meantime, it seems the newcomer’s sudden appearance will send shockwaves around the village as residents begin to notice how shaken Moira over being reunited with her sibling.

Moira has a dark past

One person who offers her support is Rhona Goskirk (Zoe Henry) who reminds the farmer she is there is Moira needs her.

It’s not long before Cain disrupts the sombre moment as he slates Mackenzie to his estranged wife and she urges her brother to stay away.

However, it seems she soon regrets her decision as she’s seen making an apologetic phone call to someone for pushing them away.

Could the mother-of-four be set to destroy her relationship with both her estranged husband and her brother?

Actress Natalie, 45, recently spoke to Express.co.uk and other publications about exploring a dark chapter in her character’s backstory.

The soap star said: “Moira has a dark past. She left her family a long time ago and it will all be revealed in time.

“There was something that Moira had to run away from and never look back, in order for her to continue with her future – if she was going to have any type of future.

“It’s such a shock when Mackenzie arrives because it’s been such a long time since Moira has seen him. Everything comes flooding back to Moira.

“For her, it’s just a maternal feeling, if anything,” she added.

The Voice Season 18 Finale Predictions: Who Will Win — and Who Should