Andrea Tate (played by Anna Nightingale) could have reinforcement in upcoming weeks after the actress – who plays the mother-of-one – teased a potential appearance of a family member during a conversation with Express.co.uk. With Kim Tate (Claire King) and Jamie Tate (Alexander Lincoln) hell bent on banishing Andrea from Emmerdale, perhaps the only way for Andrea to gain power is in numbers.

In recent episodes, Emmerdale fans have seen two sides to Andrea as she tries to come to terms with her current situation.

Initially she fled the village after seeing Jamie and his lover, Belle Dingle (Eden Taylor-Draper) together.

But when she returned, she took control of her life and started calling the shots.

What advice would the actress have for her character on how to deal with Kim, Jamie and Belle? 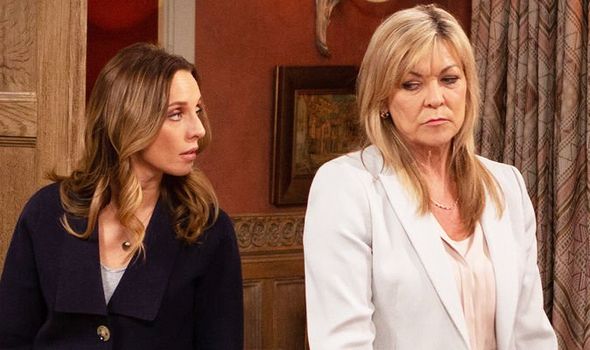 “Not to leave her child – that would be the first thing!” Anna said in reference to Andrea abandoning Millie with Jamie when she left the Dales for a second time.

“But my advice would be that she’s not alone, and this is a time when in those situations, people should look at their friends [for help].

“We don’t know a lot about her family, but does she have anybody else she can reach out to?” Anna added.

“And does she have another network of people around her that could actually help her out in this situation? 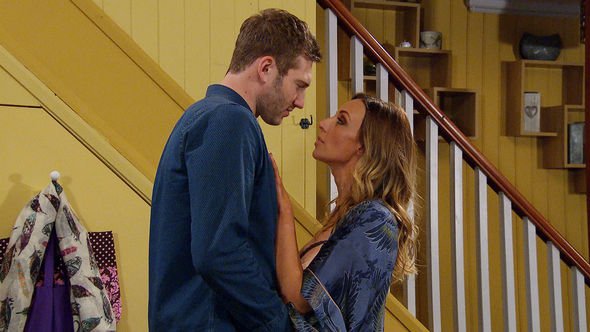 “Because even if she is by herself, she can get through it and it might be horrific in this moment, but she just needs to dig deep and find some strength.”

Could Andrea call on her family to provide some support for her as she tries to rise up against Kim?

There has been speculation over Andrea’s mother arriving in Emmerdale too.

With her struggling to keep her marriage together, some advice of those she is closest too could be just what Andrea needs. 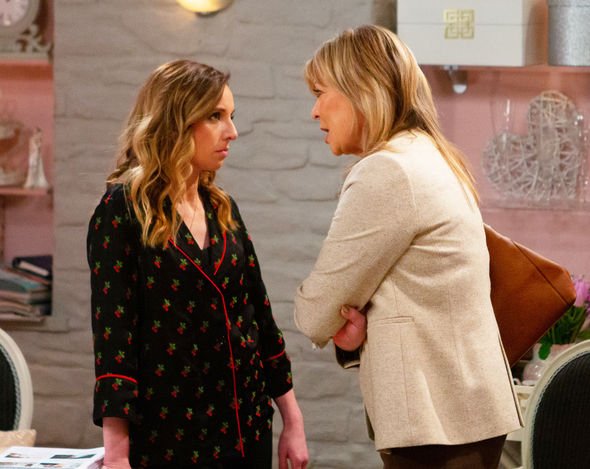 This week, Jamie is going to change his tact when it comes to Andrea.

At the moment, he has been vehemently against a relationship with his wife, but it seems the only way to beat her is to join her in her game.

Initially, Andrea is wary of Jamie’s behaviour but it isn’t long before he has her in the palm of his hand.

But in doing so, will the village vet lose Belle for good?

Kim is currently absent after Andrea threatened the Home Farm owner to back off and leave her to deal with Jamie and the hit and run.

Viewers thought this was a power play move from Kim, as she plans how to take down Andrea once and for all.

Kim has never been a fan of her daughter-in-law but what will she do should Andrea’s sister arrive?

Or maybe it is Kim who invites Andrea’s sibling to the village….