Victoria (played by Isabel Hodgins) was doing her best to move on from the trauma after Lee Posner (Kris Mochrie) and his mother Wendy (Sue Cookson) harassed her in the middle of the village and at Mill Cottage.

Going back to work again in tonight’s episode of Emmerdale, Victoria begged her friend Marlon Dingle (Mark Charnock) to just be “normal” with her, and the pair shared a giggle in the Woolpack kitchen.

Unfortunately it was short-lived as Wendy cornered Victoria outside the pub again, before Aaron (Danny Miller), who was in the area, stepped in to protect his sister-in-law.

While Victoria insisted she felt fine and simply wanted to get back to work on the ITV soap, when Aaron told Robert what had happened his husband was furious.

Aaron couldn’t understand why Robert was behaving so stubbornly and refusing to support his sister’s decision to keep Lee’s baby, and the pair were left in a worrying stand-off.

Will Aaron decide Robert isn’t the man he married and turn his back on him?

“She doesn’t need me she said as much last night,” Robert declared, determined not to budge on his views.

Angry, Aaron tried again: “We both know what it’s like not having our little sisters around, do you want that to happen with you and Vic?”

“If she wants to keep the baby, I don’t know what else to do,” Robert mumbled grumpily.

Aaron began looking at his husband like he didn’t even recognise him, puzzled by his behaviour. 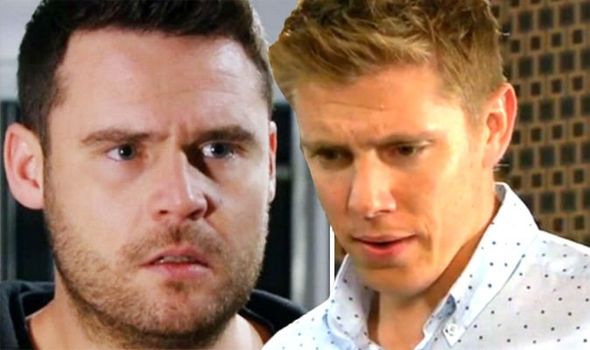 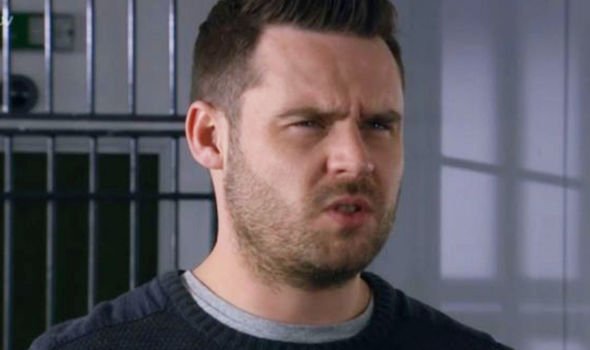 Just think about it Robert, please

“Just think about it Robert, please,” he begged.

Earlier when Wendy confronted Victoria, she was desperate to be involved in her grandchild’s life.

“There’s money if you need it,” she offered, as a horrified Vic declared the woman was “sick”.

“I know you hate Lee but that baby is innocent in all this,” Wendy insisted, just as Aaron arrived.

“Why can’t you just leave her alone?” the haulage company owner demanded.

“I’m not trying to hurt her I’m trying to help,” Wendy responded helplessly.

“Listen after what your son did, this is harassment, now get out of here before I call the police,” Aaron warned.

Elsewhere in the Yorkshire Dales, Jessie Dingle (Sandra Marvin) was called in to school after the police had arrived to investigate a very worrying discovery in one of the fields.

Sharing her findings with the pub later that day, she explained: “It’s a bit more serious than I thought.”

“Human bones?” Chas (Lucy Pargeter) exclaimed. “They can’t blame you for that surely.”

“I don’t know, well since I’ve been Head everything’s been going wrong, now my school’s been turned into a crime scene,” the recent gun-shot victim lamented.

But Lydia Hart (Karen Blick) looked strangely nervous by Jessie, asking if anyone had identified the bones.

Is she involved? A recent theory suggests the bones are those of Lydia’s dead baby.

Landscapers season 2 release date: Will there be another series?

Jason Tartick Dedicates Sweet Tribute to Kaitlyn Bristowe: 'Nothing Better Than a Restart'