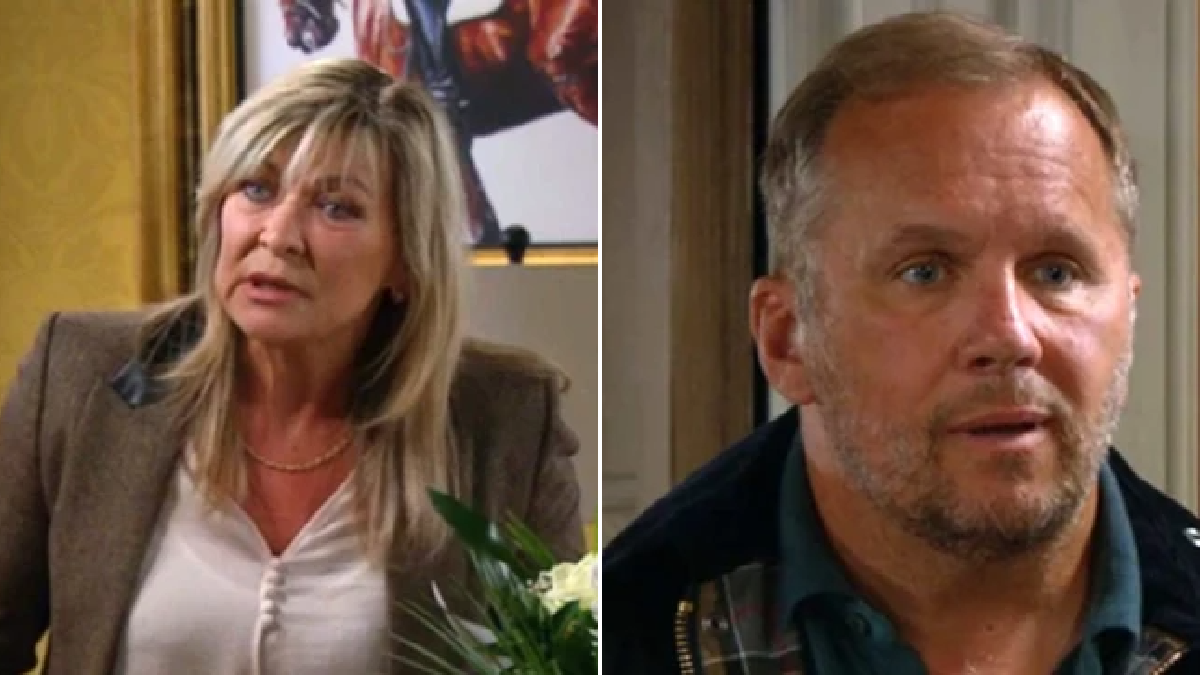 Last seen in 2018, Joe spent a lot of time in the village getting on the wrong side of Kim (Claire King) – and it was their former feud that sparked suspicion for Kim tonight.

As the aftermath of Jamie’s (Alexander Lincoln) lake plunge continued, Gabby (Rosie Bentham) and Dawn (Olivia Bromley) were up at the crash site, both emotional over the events leading up to Jamie’s apparent death.

Meanwhile, after receiving a bunch of flowers with a note signed ‘J’, Kim was certain it was Jamie’s way of saying he was still alive.

But as there isn’t any official proof of Jamie’s whereabouts, conversation turned to who else could’ve sent the flowers – Joe Tate?

Kim told Will (Dean Andrews) that sending the flowers with a mysterious note is something Joe or, the ‘twisted weasel’, would do – but is it him?

Later on in the episode, after Gabby confessed she was the one who called Jamie before he crashed, Kim decided her son must be alive.

We still don’t know where Jamie is so, if he is dead, was Joe behind sending Kim the flowers?

Perhaps Jamie is alive and staying with Joe, and they’ve decided to get revenge together?

Peacock Picks Up Will Forte's 'MacGruber' to Series

'Vikings': Fans Weigh in When It Comes to the Ancestor Ragnar Lothbrok Claimed