EASTENDERS viewers were in hysterics as Phil Mitchell was forced to wear a leopard-print apron as he planned a heist with Kat Slater.

The Slaters have been struggling financially in the BBC One soap ever since their evil landlord Suki Panesar increased the rent and threatened them with eviction. 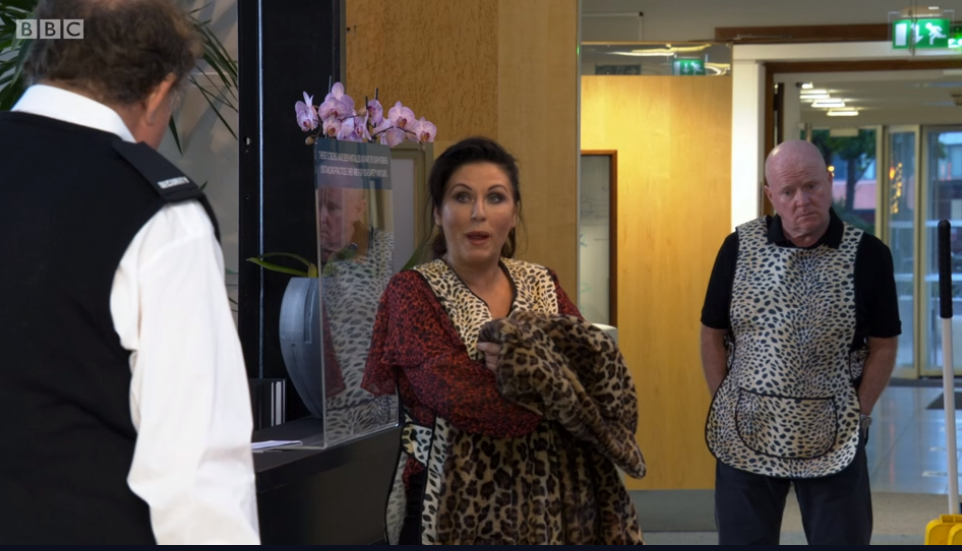 While her boyfriend Kush turned to gambling to try and pay the rent and after losing heavily, Kat turned to Phil.

She asked him to plan a robbery at the firm she cleans at.

However, while they were casing the joint, Kat invited Phil into the building as her "apprentice" – and made him wear a leopard print apron.

Introducing him to the security guard, Kat said: "This is Malcolm, my new apprentice. He don't say much. Or anything really. Malcolm, this is Duncan." 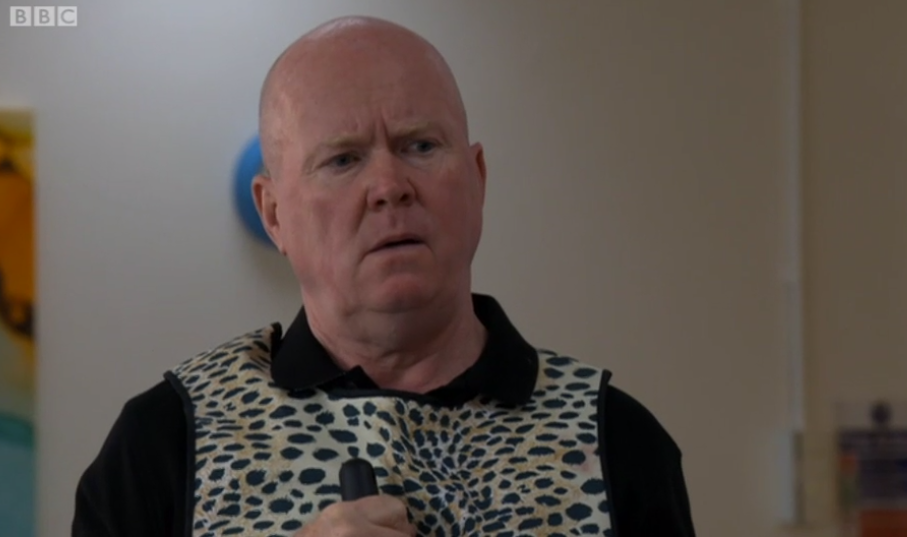 She then said: "Don't worry about him, he's not the brightest. He's basically a five-year-old trapped in an old man's body. Just doing my bit for society."

Fans found the costume change hilarious, with one person saying: "Phil Mitchell in a little cleaning pinee has made my 2020 #EastEnders"

Another added: "Phil in a pinny has to be the funniest sight this year #EastEnders"

A third remarked: "Phil wearing a pinny. I can't get that image out my head" 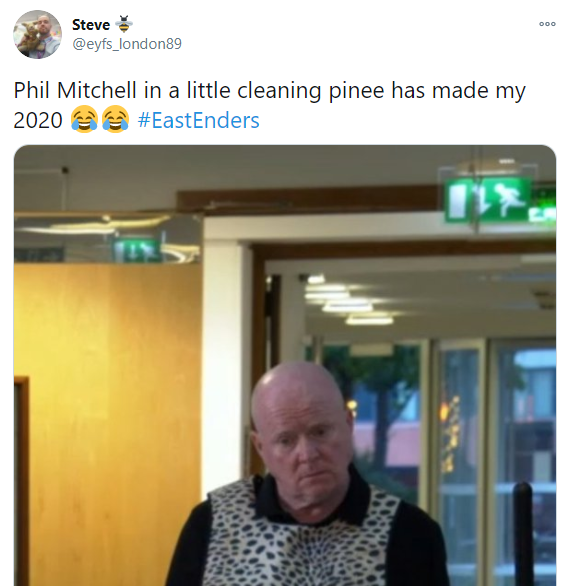 However, the heist might not go to plan, as when Phil, Ben and Kat were planning it in the Mitchell's home, Callum was eavesdropping.

Will the copper tell on his boyfriend's family?

Peter returns to EastEnders tonight – with a new actor playing him