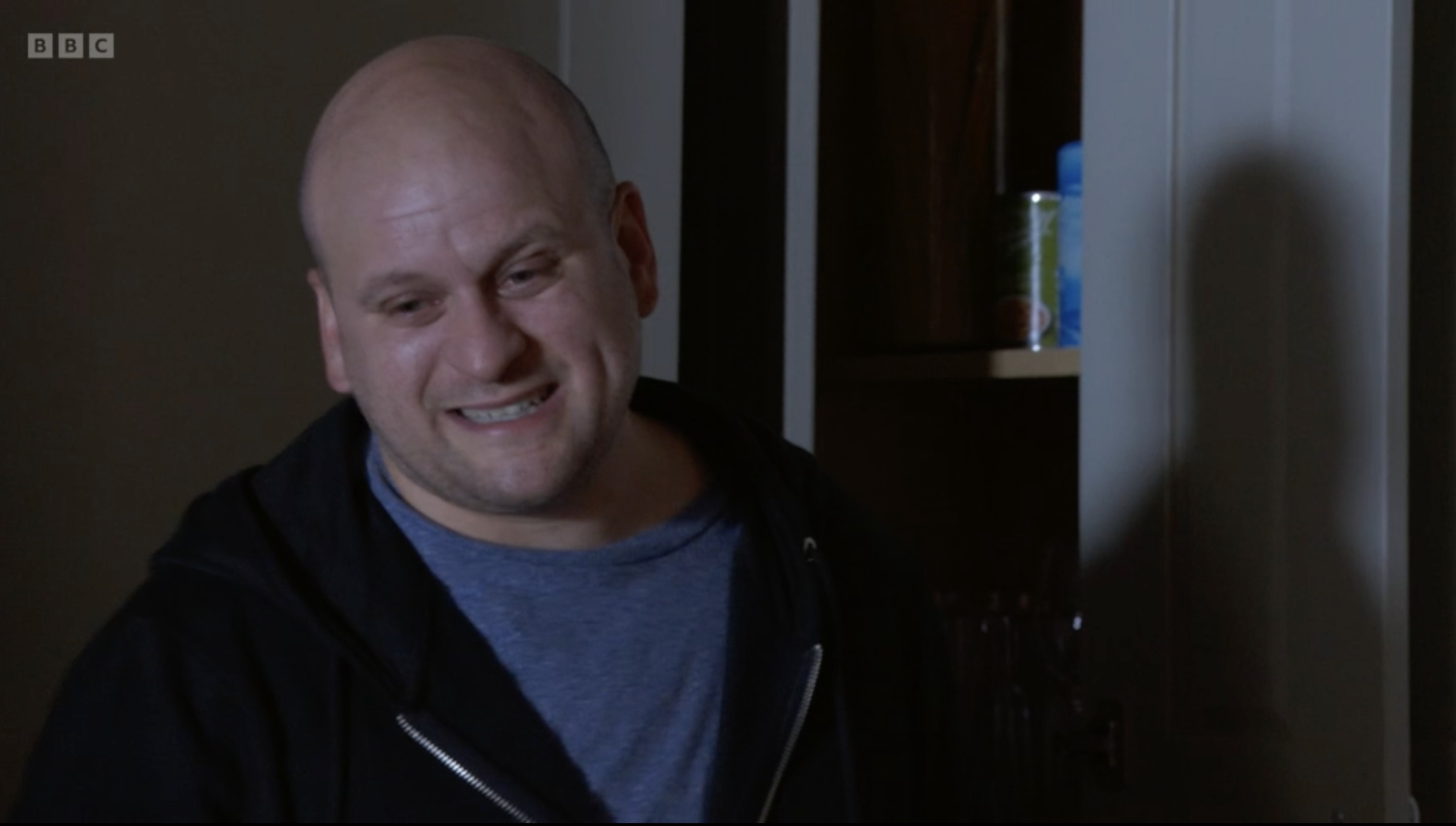 Stuart Highway (Ricky Champ) revealed to his loved ones that his cancer is gone in EastEnder’.

The popular character has been struggling with postnatal depression in the wake of the birth of his son Roland.

His relationship with wife Rainie (Tanya Franks) came to an end earlier this year, after he instructed her to put Roland first. Rainie, believing that Stu wouldn’t fight for her, subsequently left the Square.

Stuart, meanwhile, lost his job, and proceeded to start planning his own funeral, believing that he would die as a result of his cancer diagnosis.

But a trip to the hospital took him by suprise, as he was notified that his cancer has gone.

Despite this discovery, Stuart struggled to find any sort of happiness from the news, telling his family that he thinks his pain will ‘never end’.

Karen Taylor (Lorraine Stanley), who has long thought Stuart had postnatal depression, sat down with him for a cuppa, and attempted to get him to open up.

Stuart eventually did just that, explaining that he’s signed his parental rights over to Rainie, who never wants to see him again.

Karen responded by encouraging him to get help, reading the symptoms of postnatal depression from her phone.

Will Karen’s words have an effect? Will Stuart seek help?

EastEnders continues Thursday August 18 at 7:30pm on BBC One, or stream the next episode over on BBC iPlayer right now!

'The Challenge': Aneesa Ferreira Admitted She Made Out With Melissa Reeves on 'Total Madness'