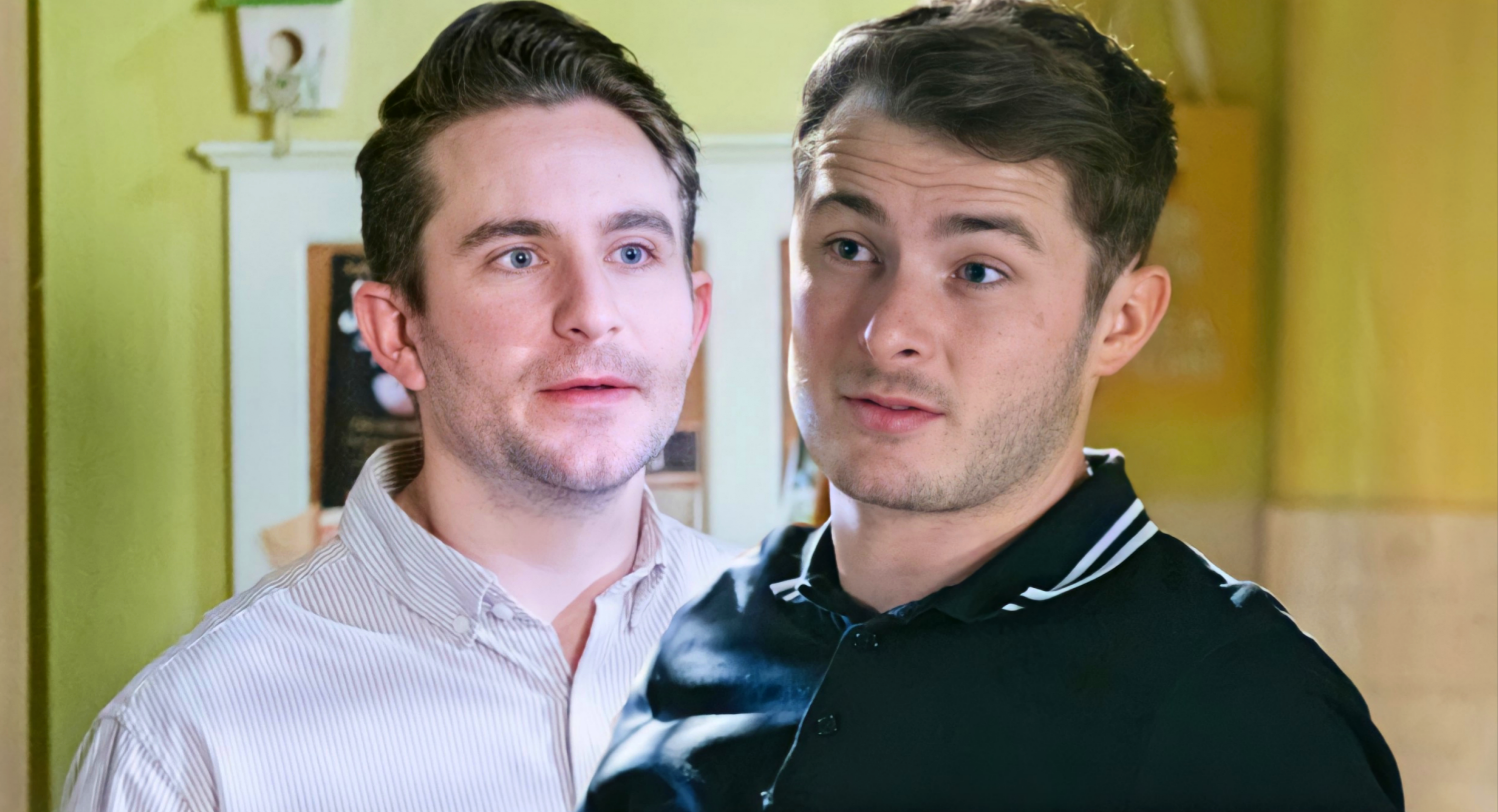 Wedding bells are on the horizon for Ben Mitchell (Max Bowden) and Callum Highway as actor Tony Clay has confirmed that his alter ego is ‘massively ready’ to commit to a future with Ben – but he needs to do a bit better in the proposal stakes first! Luckily, tonight, he pulls out all of the stops!

EastEnders fans cringed when Ben casually noted they should ‘pop down the registry office’ as it would be convenient for Callum to be able to pick up Lexi from school.

Chatting to Metro.co.uk, Tony laughed: ‘It was terrible, wasn’t it? It’s that thing of, after everything we have been through and the way Callum is – he is a traditionalist with this sort of thing. He thinks Ben just wants to drop down the registry office and it hurts to think that is what he means to him.

Poor Ben was oblivious to what he had done until Lexi gave him a much needed lesson in romance and sincerity. And tonight he ups his game. So will Callum say yes?

Tony grinned: ‘He’s massively ready. He realises from when he went to marry Whitney, he can’t do that again. It has to be the truth and for the right reason and about trust. I mean there’s a couple of secrets lying about but the relationship is strongest it’s been.

And speaking of Whitney (Shona McGarty), Tony was delighted to be able to address in a scene that Whitney will give her blessing to the upcoming union.

He shared: ‘They’re still really good friends with a lovely bond and I love working with Shona so I hope there’s more room for that friendship. It’s a lovely scene that we have where she gives her blessing, it’s so nice. It’s important for fans to let that part of him go and for him to be the truest version of himself he can be.’

Of course, there is the lingering matter of the police drama which Phil and Ben don’t yet know the entire extent of. And after a minute of me trying to remember what the character’s actual name is, given he is named by the fandom as DI Dickhead, I got to the question of where this was going.

Tony said with a laugh: ‘I’ve seen that, yeah, everyone calls him that! Phil’s (Wright, who plays Thompson) seen it too, bless him, it’s funny. There’s always the fear that this will come back and bite him and what that would do to the trust and loyalty but equally, Callum has proven himself to Phil and Ben.

‘Callum only did what he did to protect Ben. Phil will realise that, he will do anything for his son and that’s what any dad wants. Going forward, there will be some drama but I’d like to see them move past that and have that working and family relationship going forward.’

And Tony is as keen as ever to have more scenes with the icon that is Steve McFadden as he believes Callum and Phil have a unique relationship that he would like to explore more.

He mused: ‘I really love working with Steve. It was quite daunting the first time, he’s a legendary character and actor. We have a great relationship and he makes you feel so comfortable.

‘It’s really lovely to have these scenes. You always up your game around him as he’s such a good and professional actor. I am happy, I love those scenes, it’s a great dynamic for those two characters.’

Back to the important matter of tonight though and Tony is excited for fans to see the episode and also to watch it in full for the first time himself. It sounds like our hearts will be warm by the time the credits roll.

He enthused: ‘I think they’ll love tonight’s episode, I really do. It’s beautifully directed, wonderfully written and very feelgood. There’s other nice moments in between Ben and Callum’s story too. I’m so looking forward to seeing it. I hope we have done it justice, I am sure fans will enjoy it!’

You can catch the second half of Tony’s interview in Metro Soaps’ free newsletter, which you can sign up for here.

EastEnders airs the proposal episode on Thursday January 28 at 7:35pm on BBC One.