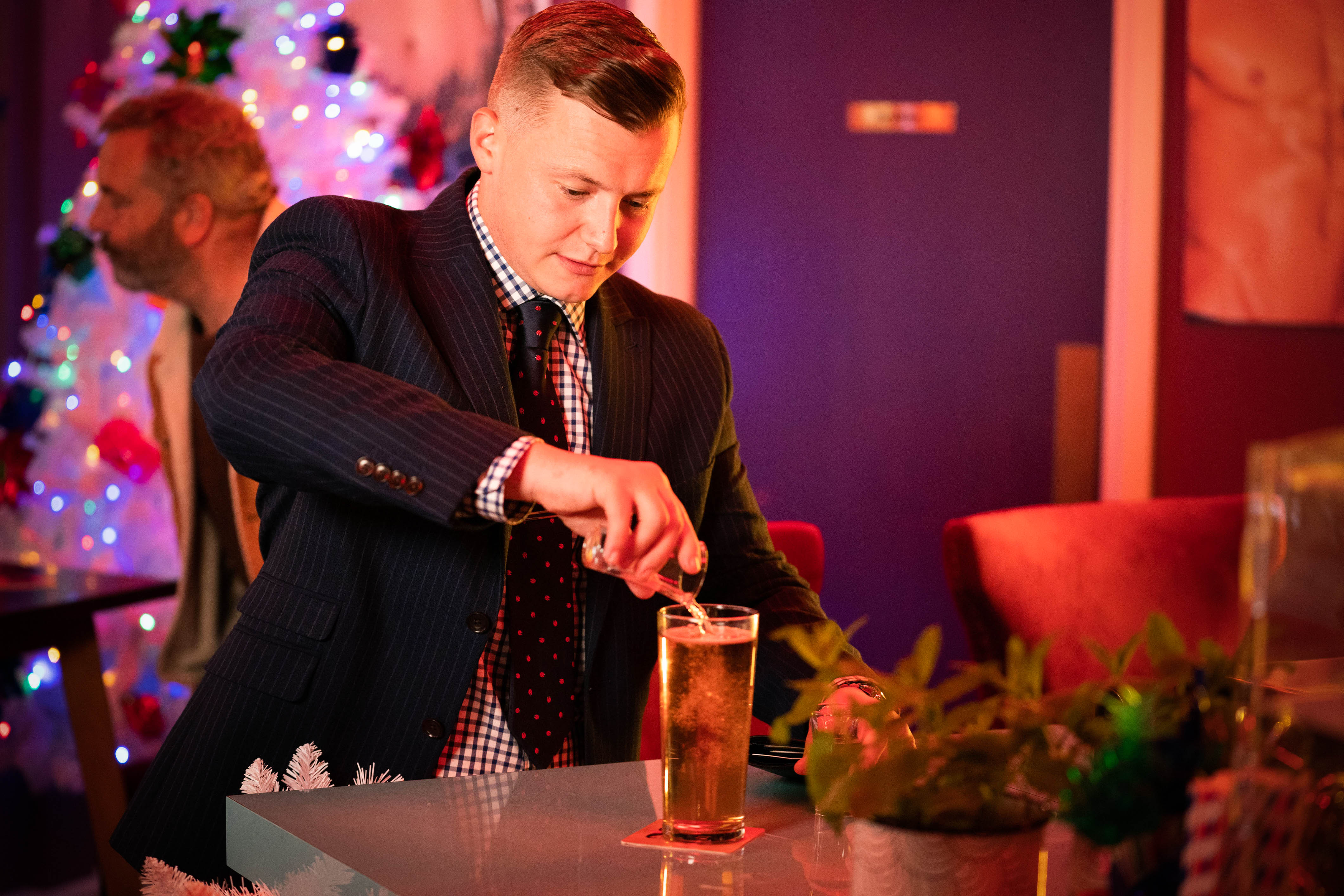 Aaron Munroe (Charlie Wernham) is a nasty piece of work in EastEnders – and it turns out that even his own dad Harvey (Ross Boatman) isn’t off limits.

Aaron previously bullied his dad into giving him an alibi, one that got him off for a violent attack that left a Muslim taxi driver potentially blind.

The bigoted thug has made is Islamophobia clear and he is working with a far right group looking to spread hate in Walford.

Recently his main targets have been Bobby Beale (Clay Milner Russell) and Keegan Baker (Zack Morris) – but in between his violence and racist comments, he is scheming to make a fool of his dad, who is heading on a date with Jean Slater (Gillian Wright).

Harvey is hopeful that romance may follow and in the Vic he waits for the object of his affection. But Aaron secretly starts spiking his pint with vodka, leading to him getting more and more drunk.

Mila notices what is going on but she is too late as Harvey is left in a bad way – and when Jean comes in, will he ruin everything?

Or will Jean see through his ramblings and learn that Aaron is to blame for his state?

The road to romance may not be smooth for Harvey.