Keanu (played by Danny Walters) is desperately trying to ensure the fact he’s the father of both Louise Mitchell’s (Tilly Keeper) and Sharon Mitchell’s (Letitia Dean) a secret, but Mel (Tamzin Outhwaite) has the power to expose the latest affair to rock EastEnders. As the club owner makes plans to leave with his fiancée after becoming obsessed with the couple’s baby, will the mechanic murder the BBC soap veteran, leading to his exit from the show?

Ahead of her departure from Walford in upcoming scenes, Mel has been blackmailing her fellow club owner after discovering the expectant mother had cheated on Phil Mitchell (Steve McFadden) with her young toy boy.

So far, the mechanic has been kept in the dark by Sharon their secret is under threat as she’s managed to keep up with the demands issued by the villain.

However, with her rival having gained intel she was harbouring son Hunter Owen (Charlie Winter) before he was killed in The Queen Vic siege, the grieving mother has had to accelerate her plans to move to Portugal.

After hearing Keanu and Louise were staying put with Lisa Fowler (Lucy Benjamin) also changing her mind, Mel managed to manipulate her friend into making the move with her daughter once more, but the expectant father made his wishes very clear about remaining on the Square, hinting he could take extreme action against the troubled character. 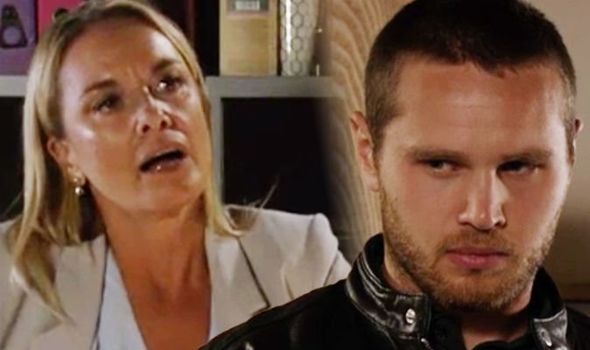 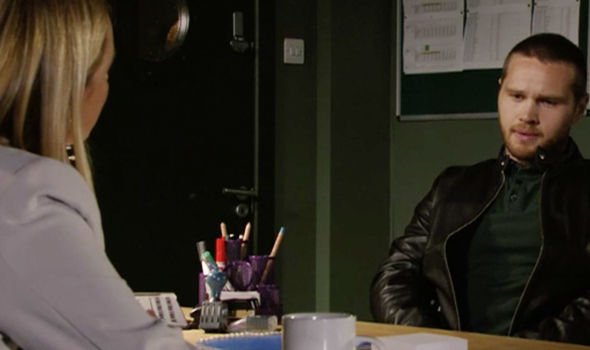 Following unsuccessful talks about arranging a party for his fiancées 18th birthday, the mechanic and club owner locked horns as Mel explained original plans to leave were still in motion.

Keanu told her: “Not if I have anything to do with it,” and swiftly went to meet with Lisa to tell her Louise wasn’t going anywhere.

It was at this point the love cheat started to put the pieces of the puzzle together about what was making the grieving mother so powerful in enforcing their exit from Walford.

At the end of the episode, the young father and Sharon’s blackmailer came head-to-head once more as the ball finally dropped about what Mel had been hiding. 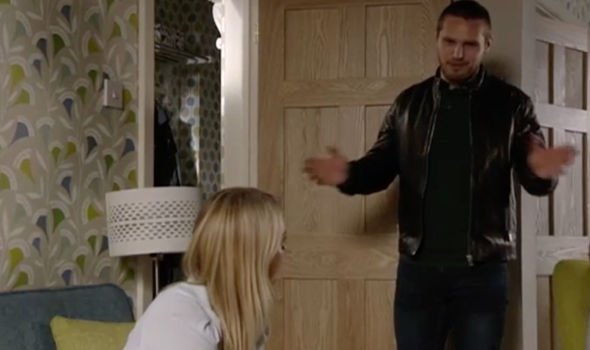 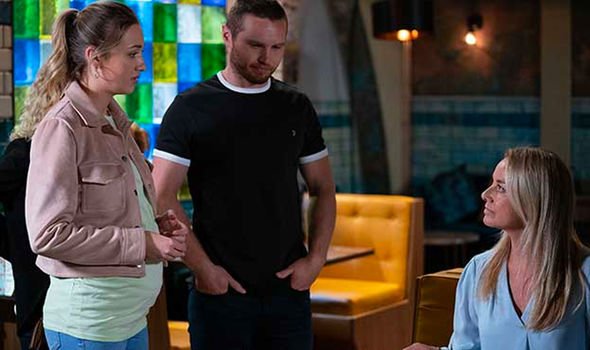 Not if I have anything to do with it

As it became clear the villain knew something about his affair, she told the mechanic: “Don’t play games. You’re not the sharpest tool in the box are you Keanu.”

The young father replied: “If I’m so useless to you, why do you want me anywhere near Portugal?” to which Mel told him she didn’t want him to come.

“Could go to hell for all I care. Unfortunately, you are part of the package,” the blackmailer remarked, at which point Louise returned home.

Before his fiancée entered the room, the departing character delivered a cruel blow as she told Keanu: “She’s going to find out what a treacherous lying scumbag you are eventually.”

With it becoming apparent his secret is about surface, which will turn his world upside down, viewers could be about to see a very different side of the Walford heartthrob.

As well as Mel star Tamzin, 48, Keanu star Danny, 26, will also be bowing out of the soap in the coming weeks.

Therefore, to ensure his cheating ways remain a secret, could the mechanic murder the ruthless blackmailer by tampering with her gears on her car as a new trailer showed the villain and Sharon in a high octane car chase?

It’s not yet known how both characters will be making their exits, but could Mel have finally met her match in the young father and find herself leaving Walford in a coffin?

Unfortunately, if he were to kill the villain, the Walford heartthrob’s efforts would be in vain as the affair is set to be exposed this Christmas.

As secrets and lies unravel, with those closest to him turning their back on Keanu, will he admit he murdered Mel?

Could the mechanic’s time on the Square end with him being sentenced to life in prison for trying to keep his cheating ways a secret?

Of his exit, Danny told Digital Spy: “It has been a joy to play Keanu Taylor for the last two and a half years. I have been blessed to work with the most fantastic creative team and I will miss them and my fellow actors immensely.”

EastEnders continues Tuesday at 7.30pm on BBC One.

The Truth About Jen Shah’s Home On RHOSLC