Home » TV » EastEnders spoilers: Has Ben Mitchell and Callum’s fate been exposed with this huge clue?

EastEnders fans were left with an iconic cliffhanger last night as they tuned in to see Whitney Dean (played by Shona McGarty) get married to Callum Highway (Tony Clay).

Following a tense showdown with Ben Mitchell (Max Bowden) in the carpark, Whitney went against Bianca Jackson’s (Patsy Palmer) advice and decided she loved Callum too much to not marry him.

But as she entered the registry office, she stopped in her tracks just outside the doors at the last minute.

Combining her second thoughts with a scene from a previous trailer the soap released, eagle-eyed fans are convinced Whitney leaves Callum jilted at the altar, thus meaning the storyline ends with Callum and Ben getting together.

This is one of EastEnders biggest storylines and has gained immense popularity from viewers who have affectionately nicknamed Callum and Ben as ‘Ballum’.

During a short scene within the BBC soaps trailer which was released last month, Ben and Callum can be seen in the undertaker’s flat which he shares with Whitney hugging each other.

Both men are dressed in their wedding suits, which has caused wild speculation among fans.

Many have suggested the embrace occurred before Callum says ‘I do’ to the market stall trader.

Having watching last night’s episode, viewers were left confused when this scene didn’t transmit, this leading them to believe the vows won’t be exchanged during tonight’s instalment.

Taking to social media to comment, one said: “Surely the wedding doesn’t happen? That’s why Ben goes to the flat and we get the #Ballum hug.” 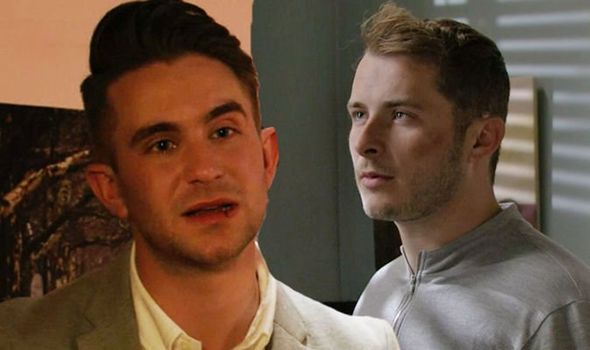 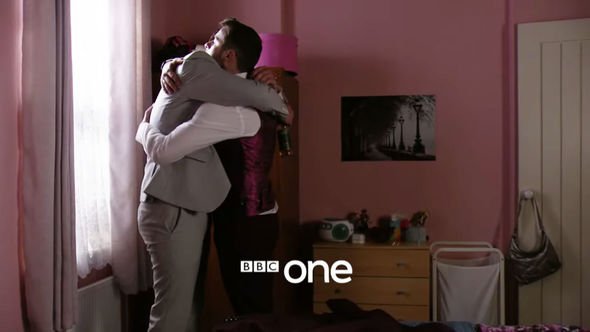 Someone else wrote online: “Ben and Callum’s hug is going to be after the ceremony.”

“I don’t think the wedding goes ahead because when Ben and Callum hug he doesn’t have a ring on…I hope to god I’m right,” a third suggests.

Meanwhile, another fan remarked: “I want contest for the ballum hug please #EastEnders.”

“The Ballum hug being after the wedding has 100% convinced me Whitney calls it off. Callum doesn’t have his ring on during the hug and we still have yet to see the ‘we can run away’ scene and the scene of Whitney sat on the bed which all point towards the wedding not happening,” one commented.

As for whether or not Whitney will be the one to call off the wedding, her choice of words last night suggest otherwise. 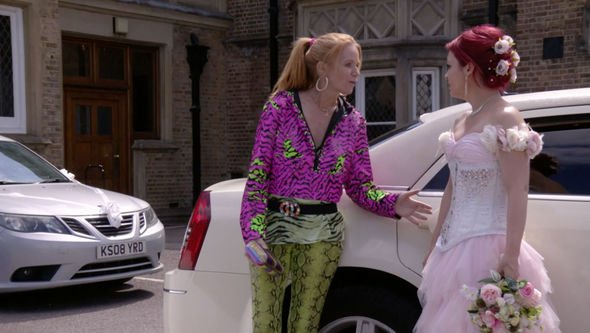 “Loving someone and being loved by someone, isn’t that enough?” She asked.

“No, I am letting you go through with this,” her mother continued but Whitney hit back: “This isn’t your choice. I’ve got a wedding to go to.”

If Callum doesn’t have the courage to break Whitney’s heart and not marry her, and if Ben doesn’t want to expose Callum’s sexuality cruelly, will Bianca be the one who tells everyone exactly what is going on?

EastEnders returns tonight at 7.30pm on BBC One.

‘Poser’ Review: ‘Single White Female’ Gets a Punk Edge in This Prickly Thriller