EastEnders resident Phil Mitchell (played by Steve McFadden) was seen leaving the Square with daughter Louise Mitchell (Tilly Keeper) and her mum Lisa Fowler (Lucy Benjamin) for Portugal last month. However, his son Ben Mitchell (Max Bowden) has now found himself in hot water after Keanu Taylor (Danny Walters) made a return and took it upon himself to kidnap his boyfriend Callum Highway (Tony Clay). With Ben desperate for help, could Grant Mitchell (Ross Kemp) be back to save the day in a huge twist?

The Mitchell family were at crisis point over Christmas as Sharon Mitchell’s (Letitia Dean) illicit affair with Keanu was finally brought out in the open.

Ben and Phil managed to get a struggling Louise on side as they plotted the ultimate revenge for Keanu and sent Martin Fowler (James Bye) to do the deed.

However, Martin decided to spare Keanu’s life after some wise words from a drunk Linda Carter (Kellie Bright) who had accidentally become caught up in the ordeal.

Keanu was later seen saying goodbye to his mum Karen Taylor (Lorraine Stanley) who was relieved to find out her son was alive as he vowed to return one day and get his revenge. 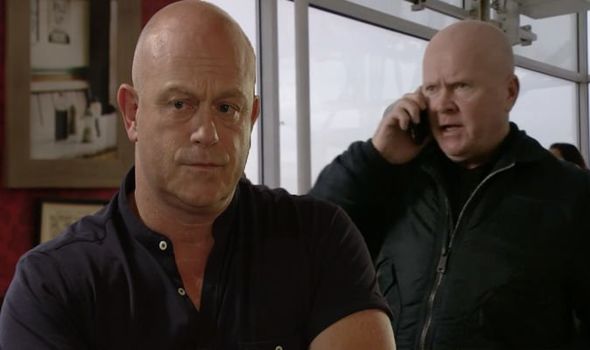 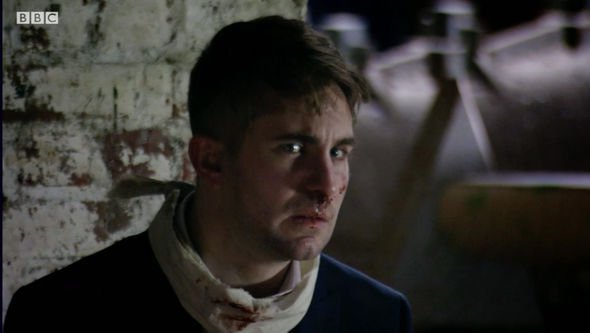 Now, he is a man on a mission as BBC viewers saw the runaway turn up on Sharon’s doorstep as she is due to give birth any day.

It’s clear he means business as he has taken it upon himself to try and ruin the Mitchells’ lives as he targets those closest to them.

First on the agenda was to kidnap Ben’s beloved partner Callum as their latest chance at happiness looks to have gone south.

Ben has been given a deadline to send £100,000 Keanu’s way in order to free Callum as last night’s instalment saw things hot up as Ben desperately tried to get hold of Phil. 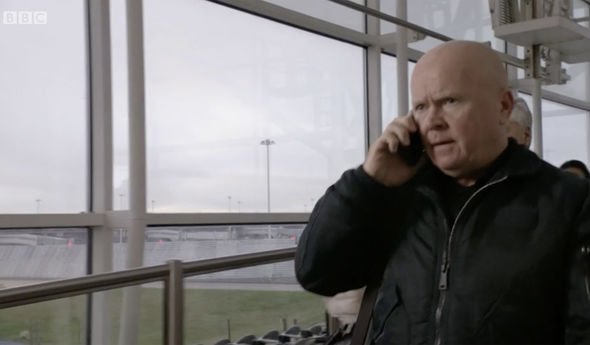 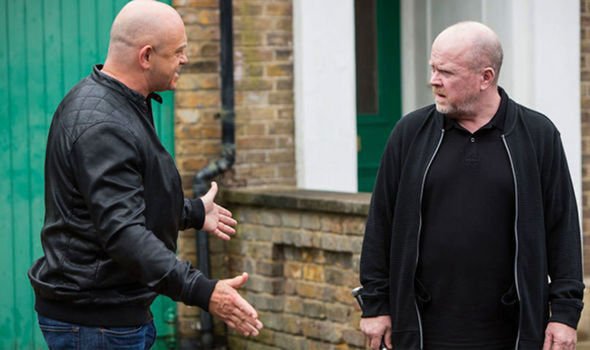 A frantic Ben rang his dad yet again, saying: “Dad this is the third message I have left for you, I’ve got 10 minutes, where is this guy you’re sending?”

Viewers then saw Phil at the airport whilst on the phone to an unknown caller, pleading: “It’s me, I need a favour, a big one.”

Fans wasted no time trying to work out who Phil might have been on the phone to, with many speculating it was his brother Grant – will he be back ahead of the show’s explosive anniversary episodes?

“How much do we bet grant will be back next week #EastEnders,” asked one fan.

Another wrote: “I’m here for a surprise return from Grant as well #EastEnders.”

A third commented: “100% Grant is coming back to help Phil & Ben. The Mitchell’s mean business when it comes to saving family #EastEnders #Ballum.”

“I’m still wondering who Phillip phoned for help in his reappearance. Is he about to facilitate another surprise anniversary comeback for someone? I’m here for a Grant return #EastEnders,” stated a fourth.

Another fan shared: “I’m literally praying Phil was on the phone to Grant here, we need a BIG and surprise return for anniversary week and he would definitely fit the bill #EastEnders.”

Next week marks the show’s 35th anniversary as Thursday’s episode will centre around the Mitchell family.

Some eagle-eyed fans believe this is the clue confirming Grant’s return as they believe the dates match up to the pair’s initial introduction 30 years ago.

Could this huge clue confirm the Mitchell brothers reunion fans have been waiting for?

EastEnders continues on Monday at 8pm on BBC One.