The video shows Janine losing control of the vehicle as she and a drunk Linda argue over Mick (Danny Dyer).

The car veers off the road and smashes into a tree before a heavy branch crashes through the windscreen.

And things aren’t looking good as Mick will get bad news about Linda in the wake of the disaster.

The stunt is impressive, and Charlie reveals that she and Kellie had a blast working on the episode.

‘Oh it was brilliant, I loved working with Kellie, enthused the star. ‘We had such fun.

‘It’s always such fun when EastEnders gets out of the studio on location. It always feels really buzzy and everyone is really excited. 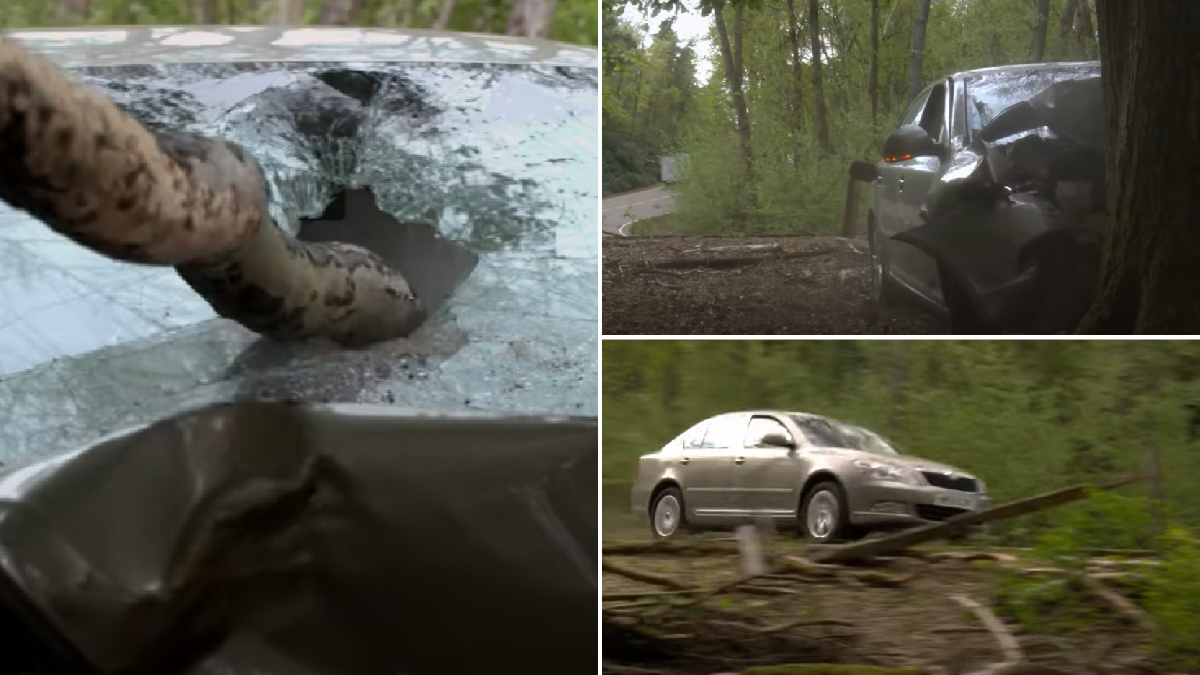 ‘We had stunt drivers for the car, the car drives itself without me touching it. It was so much fun, I loved it.’

But what leads them to this point? High drama, that’s what.

‘Janine gets a phone call to The Vic from Linda who is trying to get hold of Mick and she can tell that Linda is drunk,’ Charlie explained.

‘Janine can tell that the only way to stop the truth from coming out is to try and get into Linda’s head and to stop her any way she can.

‘She gets into a taxi, forgets all of her plans with Scarlett and then heads straight to where Linda is.’

Continuing the narrative, the actress continued: ‘She sees that Linda was about to drive the car, and so Janine drives. I suppose the question is – had they not crashed, which was an accident, what would Janine’s next move have been?

‘I find that quite interesting. In her desperate attempt to stop Linda, Janine loses concentration on the road and crashes into a tree.’

EastEnders airs the episode on Monday June 6 at 7:30pm on BBC One.