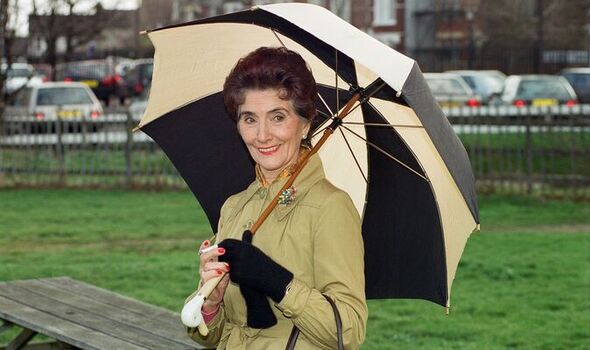 Brown became a cultural fixture for her long-running turn as the inimitable Dot Branning – best known as Dot Cotton, the character’s previous married name – providing Walford with one of its most loved and memorable figures. The actress, who played chain-smoking hypochondriac Dot for more than 30 years, died at home on April 3 aged 95.

In a special EastEnders episode airing this winter, Dot’s friends and family will come together to say their final farewells at her funeral after news of her death reaches Albert Square.

The character is currently living in Ireland but in line with Dot’s wishes, her funeral will be held in Walford, with her family and friends giving her the send-off she deserves, the BBC has said.

Executive producer Chris Clenshaw said: “Everyone at EastEnders was truly heartbroken when June passed away earlier this year and, for quite a while,
no one could even think about saying goodbye to Dot; an iconic character who will go down in television history and be cherished for ever.

“June was always adamant that she never wanted Dot’s time to end while she was still with us, but she also knew that EastEnders would rightly say their farewells to Dot when the time was right.

“Sadly, that time has come and we are determined to give the audience, who treasured Dot for so many years, the fitting tribute that she so deeply deserves.”

In 2008 she became the first EastEnders actress to carry an entire episode single-handed when she dictated her life story on tape, so her husband could hear it in hospital.

Brown was made an OBE in the 2022 New Year Honours, following her MBE in in the Queen’s Birthday Honours in 2008, both for services to drama and charity.

‘You can’t say Ruck Me!’ James Haskell hits out over ‘mad woke generation’ on GMB

The Masked Singer on FOX: Night Angel to be ‘exposed’ as Destiny’s Child singer