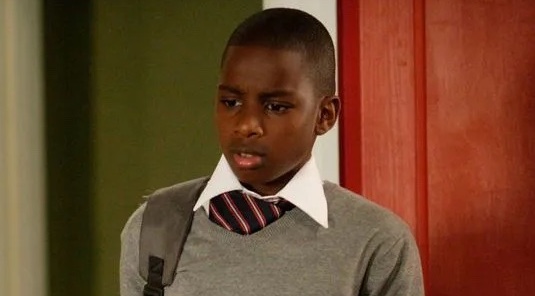 EastEnders star Michael-Joel David Stuart has changed a lot since he was last in Walford.

The actor, 25, best known to audiences for having portrayed Lucas Johnson’s son Jordan on the soap, showed off his impressive fitness transformation in a picture social media.

Michael-Joel made his EastEnders debut in 2008 as Jordan when he was 11-years-old, and would ultimately play the character for two years.

During that time, Jordan featured in a number of huge storylines and moments on the BBC One serial drama, including discovering his mum Trina’s body in Charlie Slater’s shed.

Trina, as long-time fans know, was one of several victims claimed by serial killer Lucas.

Michael-Joel departed the show in 2010. Two years later, he would go on to feature in award-winning film My Brother the Devil.

Jordan, meanwhile, returned to EastEnders in 2016, with actor Joivan Wade having taken over the role.

Denise Fox (Diane Parish) received a visit from the police, informing her that Jordan had given her home as his address, prompting her to search for him.

It was revealed that he had a son, JJ.

Killer Lucas made a shocking return to the Square last year, and amid the chaos that this comeback caused, he confirmed that Jordan had died as a result of a drug overdose.