Salvage Hunters’ Drew Pritchard joined Eamonn Holmes and Ruth Langsford on This Morning to discuss his hit show and autobiography Man with a Van: My Story. However, the bargain loving antique dealer who is famous for his expert haggling skills warned others against attempting his tried and tested methods.

Ruth asked Drew if he still loves his work or if he wished he could go back to the early days of his career.

The Salvage Hunters star noted he enjoyed his work more and more as time went on.

Eamonn remarked: “If you do something you love you’ll never work a day in your life.

“Well we’re going to show Drew not working this is from yesterday’s episode if you were watching it. 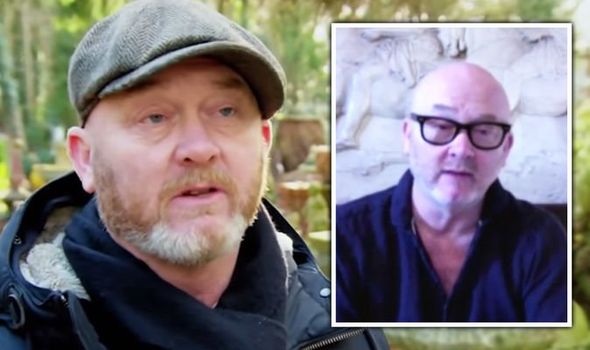 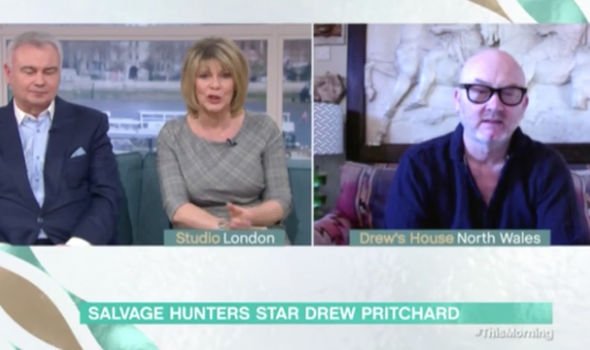 “Drew has gone to an antique mill Griffin Mill in Stroud to try and make a deal on a mackerel painting.”

“Yes, it’s a strange one,” Drew replied before a clip played of him buying the painting after getting the owner to drop the price by a third.

Ruth commented: “Interesting to talk to you about haggling Drew cause you’re haggling there, you’re being very gentlemanly about it.

“I find it really difficult to haggle. I’m very comfortable with it, I’m not good at it, what are your tips for haggling?” 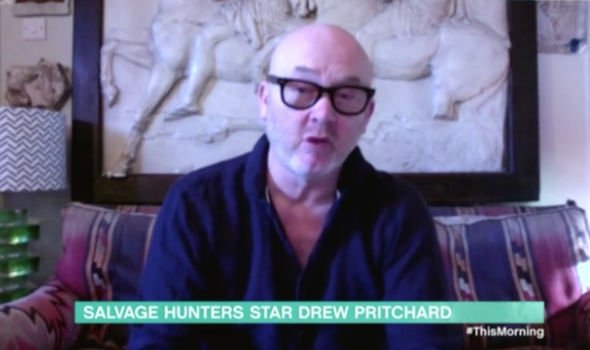 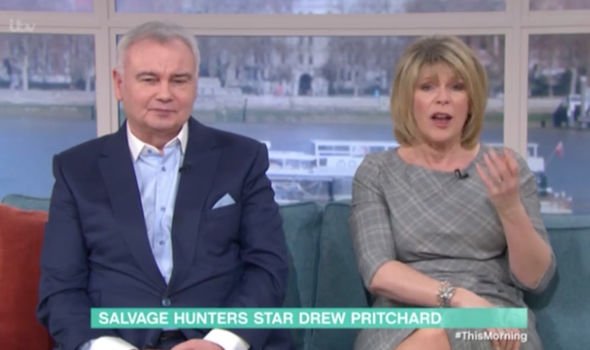 “Number one if you’ve not been around haggling you’re whole life don’t do it. Just because you can get 50p off a pint down the pub from your mate you’re not good at haggling,” Drew replied.

“The best thing you can possibly do is just be really polite to the people and just say, ‘You know what I love that, I can give you this much, I’m going to pay you today, I’m going to take it away,’” he continued.

“And if you’re honest and you smile that will probably do you a deal. I think that’s the reality of it.

“All this going in there and smashing lots of money off people and beating them over the head with it doesn’t work.

“It gets people’s backs up and you’re going to pay more or they’re going to turf you out the door.”

Earlier in the interview, Eamonn cheekily asked Drew if the marble artwork behind him was one of his salvaged pieces.

He remarked: “My eyes are immediately drawn to behind you there. What is that on your wall there and has that been salvaged?”

“This is one of my favourite ever finds. This is a copy made by Lord Elgin of the Parthenon Frieze which he liberated and brought back to Britain which is now in the museum,” Drew answered.

“He made two sets of copies of it. This is one piece of that so it’s probably my greatest find, it’s about 219 years old.”

“Where did you find it Drew?” Ruth asked and he replied: “I found it in a girls school down in the south of England and [John] Tee and I were burrowing through a garage of old cookers and I spotted this tiny bit of ornate plaster and thought, ‘What’s that?’

“We spent another 20 minutes digging it out and then lo and behold this thing came out.”

Later, wrapping up the interview, Eamonn quipped: “What would you take for the plaster cast of the marble?”

“It’s a lot and right now I don’t think I’m going to sell it it’s not for sale,” Drew said. “That’s a thing I hardly ever say.”

This Morning airs weekdays on ITV at 10am. Salvage Hunters continues on Quest on Wednesday at 9pm.

Joe Biden Shows Strong Support for Meghan Markle; Will the Queen Clap Back? 'Kim's Convenience' to End with Season 5 at CBC