Demi Lovato has been taking unusual measures to find a new audience, it seems, after singing to a ghost who suffered sexist trauma during a paranormal investigation.

The singer, who identifies as non-binary, performed to a spectral apparition during the latest episode of their Peacock TV show, Unidentified.

The show sees them team up with their best friend Matthew Scott Montgomery and their sister Dallas, to visit UFO hotspots and try to connect with beings from another realm.

The latest instalment saw them visit abandoned Arizona town Vulture City, which is said to be the site of ghostly disturbances.

After arriving at the site of a former brothel, the three friends believed they encountered a ghost called Carmen.

‘Have you seen anything like ETs here, or UFOs? Star people?’ Lovato asked, attempting to communicate through an EMF detector. 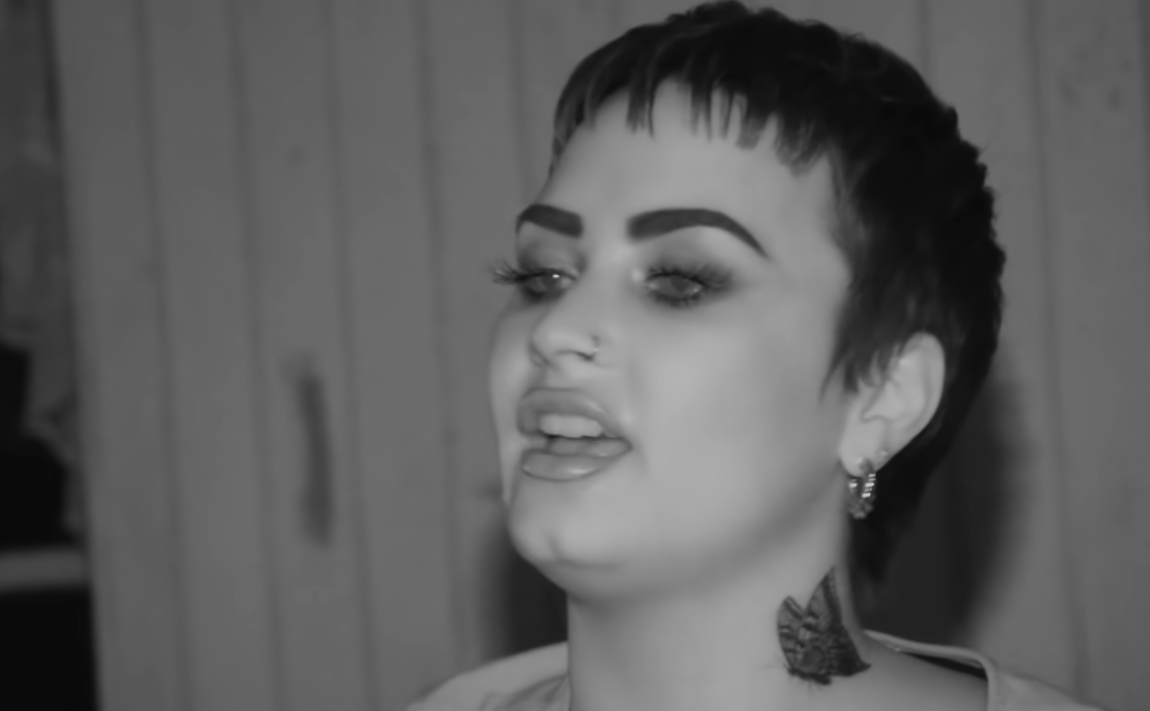 They identified that Carmen had been the victim of sexist abuse and mistreatment during her life.

And how did Demi try to help the ghost? By serenading her, of course.

The singer then went on to perform an acapella rendition of their 2011 single Skyscraper.

After the performance, the detector emitted three bursts, which was taken as a positive response.

‘That’s the coolest standing ovation I’ve ever had,’ Demi said.

Speaking later on Face To Face With Becky G about the encounter, Demi said: ‘We were originally setting out to search for UFOs and ETs [extraterrestrials] and then we came across this city called Vulture City.

‘Vulture City is known for these ghosts that lived in an old brothel, and so we set-up those machines [EMF detectors] and I decided to sing for them and they went off when I finished.’

They added: ‘I’ve never had a standing ovation from ghosts, but I’d like to think they were standing.’

It comes after Demi spoke about UFOs on their show earlier this year, saying that they think we need to stop referring to aliens as such because it’s a ‘derogatory term for anything’.

The Sorry Not Sorry singer now refers to UFOs as extra-terrestrials, and thinks we should all do the same.

Unidentified is available to stream on Peacock and hayu.