In tonight’s episode, Lisa confessed to Roz about her fling with Kate’s brother-in-law Adam (Steve Toussaint).

However it was tonight’s racier scenes that got viewers talking on social media.

As Lucinda’s father, Guy Riverty (Alistair Mackenzie) struggled to cope with his daughter’s experience, Kate suggested an unusual way to handle their grief and the pair became intimate.

Later on, Roz accepted Scott Elias’ (Gerald Kyd) proposal and they had sex where she works.

Viewers watching the racy scenes took to Twitter to comment noting they were distracted from the storyline.

One unhappy viewer said: “Too much sex not enough scenery lol #Deepwater @annafriel @SineadKeenan @RosalindEleazar Only 7 sleeps to go, I will not watch on ITV Hub!”

Another added: “They’re all sex mad in this show #DeepWater.”

Commenting on Guy and Kate’s intimate moment, one wrote: “So no one lie down now to have sex? #deepwater.”

“This woman still gagging for sex when her daughter is missing #DeepWater,” another added. 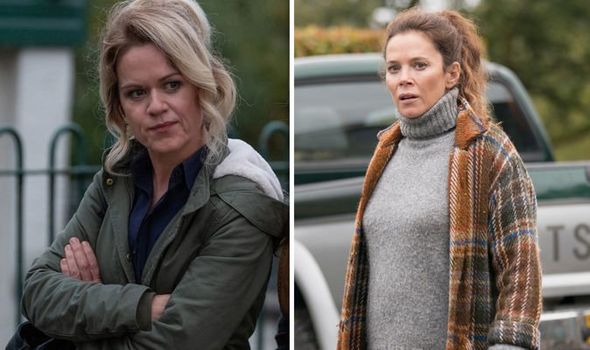 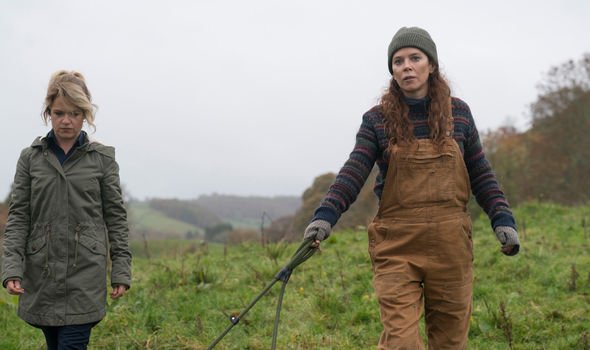 “All this sexual carry-on never happened to me when I went to Workington for the day. Gutted. #DeepWater,” a fourth quipped.

Another tweeted: “23 years old and watching a sex scene on TV still doesn’t get any easier when you’re sat watching it with your parents. CRINGE! #DeepWater.”

Last week, viewers were distracted when Lisa dropped a bombshell about her “thong” to Kate.

Kate discovered Lisa’s knickers in her house but believed they were her missing daughter’s at first.

In an attempt to cover up the truth, Lisa remarked: “It was mine, it was mine. 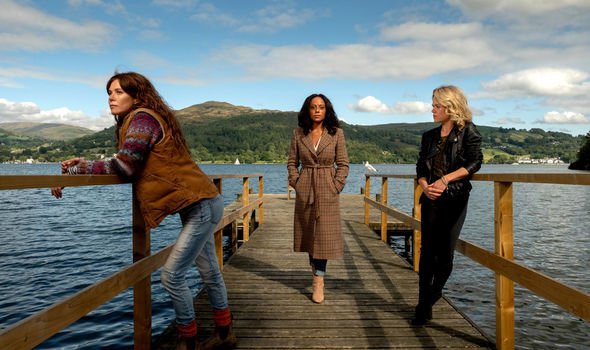 “I was drunk, I was really drunk, and it was digging in.”

The worried mother didn’t seem to believe Lisa’s story and viewers couldn’t help but comment on the bizarre explanation.

One teased: “The first thing I always do when I visit friends is take my pants off #deepwater.”

“Yep always taking my pants off in peoples houses!! #DEEPWATER,” a second tweeted.

“It was digging in #DeepWater,” another viewer said next to a laughter emoji.

Deep Water concludes Wednesday at 9pm on ITV, and the full series is now available to stream on ITV Hub.