The Chase: Contestant says low offer is 'an insult'

Stepping up to take on Darragh ‘The Menace’ Ennis on The Chase on Wednesday were budding quizzers Alan, Laura, Kerry and Enyioma. Alongside ITV host Bradley Walsh, each player took on Darragh in a series of head to heads in the hopes they could build up a substantial kitty for the Final Chase. However, Darragh did his best to try and sway each player with higher and lower offers than their cash-builder amounts, something first player Alan didn’t exactly take well.

Alan had earned a respectable £5,000 in his cash-builder and joined Bradley at the main table to see what Darragh had to offer.

As always, the Chaser tried to tempt Alan into taking either one of his offers, including a low offer of £500 and a higher offer of £30,000.

Turning to his teammates for advice, Enyioma encouraged Alan to stay in the middle: “Let’s get to the Final Chase as a team, mate.”

“I think you can do the £30,000,” Kerry weighed in but ultimately advised Alan to play it safe, as did Laura. 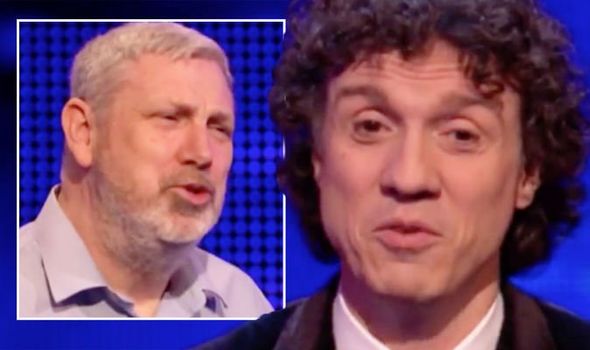 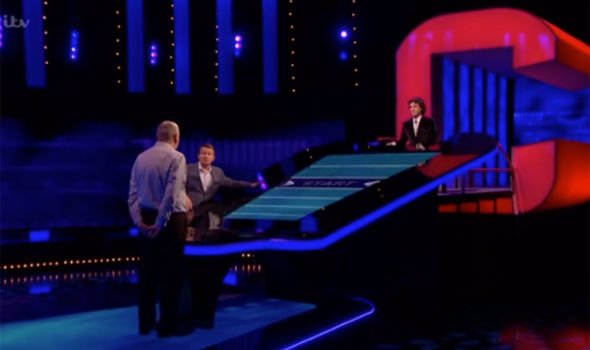 Keen to stick with the £5,000 he’d racked up himself, Alan stayed in the middle but not before delivering some stern criticism of the Chaser’s gameplay.

“Well the £500, that’s a bit of an insult, I think so that’s off the table for me,” Alan said as he rubbished the lower offer before telling Bradley his choice.

Darragh shrugged but not taking the swipe lightly, he stood his ground as he hit back at Alan’s verdict.

“Don’t know what you’re expecting for seat one,” the Chaser commented. “But fair enough.” 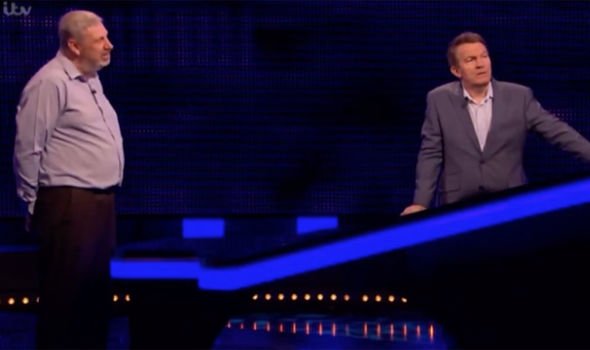 As they faced off in their head to head, however, it appeared Alan had made the right choice, making it to the Final Chase with his £5,000.

And it even led to Darragh taking to Twitter during the episode to applaud the decision – despite their back and forth over the offers.

“Middle offer was probably the right one for Alan in the end,” Darragh tweeted to his 15.7k followers.

Laura followed in Alan’s footsteps soon after, taking back £3,000 to add to the prize pot.

However, the same couldn’t be said for Kerry who – despite racking up £6,000 in her cash-builder – was sent home empty-handed.

Enyioma joined Alan and Laura in the Final Chase, adding £2,000 to the prize fund.

But despite having three brains to go against Darragh in the Final Chase, it wasn’t enough.

The Chase trio had racked up a respectable 17 steps in the final round, which Darragh would have to match without any pushbacks within the two-minute time slot.

And he did just that, not answering a single Final Chase question incorrectly and sending the team back home with nothing.

In fact, the clean sweep came still with an impressive 30 seconds on the Chaser’s clock.

The Chase continues weekdays at 5pm on ITV.

Spoilers: Scott exposes the truth about Mitchell and Anita to Cleo in Hollyoaks?