Home » TV » Dark season 3 release date: Will there be another series of Dark?

Dark season two dropped on Netflix on Friday, June 21 and fans of the sci-fi series have been binge-watching the show over the weekend. Dark is Netflix’s first ever German-language series and has compared to Netflix’s other supernatural series, Stranger Things. The show has been critically appraised worldwide and fans have their fingers crossed for another season.

Will there be another series of Dark on Netflix?

There is good news for fans of the German thriller series Dark.

Dark has been officially renewed for a third and final season by Netflix.

The news about season three was officially announced back in May 2019 before the new series even dropped on Netflix.

Dark creator Baran bo Odar announced the news to his 20,000 followers on Instagram by sharing a photo of the script for season three, episode one.

WHO PLAYS FRANZISKA IN DARK? 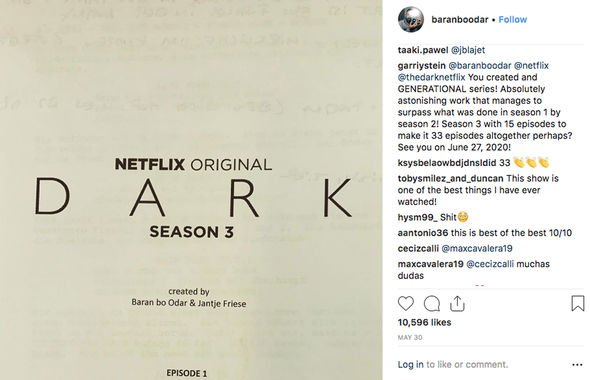 Filming for the new series of Dark will begin in July 2019.

Dark season three has already been given its final ever release date.

The new series of Dark will premiere on June 27 next year.

Once again, the final season will have eight episodes and will continue to travel through time exposing the darkest secrets about the residents of Winden.

Sadly, season three will be the last but for creators Baran bo Odar and Jantje Friese, three seasons was always on the cards.

Speaking to press last year, Odar said: “We spoke to Netflix about this. We have ideas for thee seasons because we don’t want to create something too unsatisfying at the end.”

HOW MANY EPISODES ARE IN DARK SEASON 2? 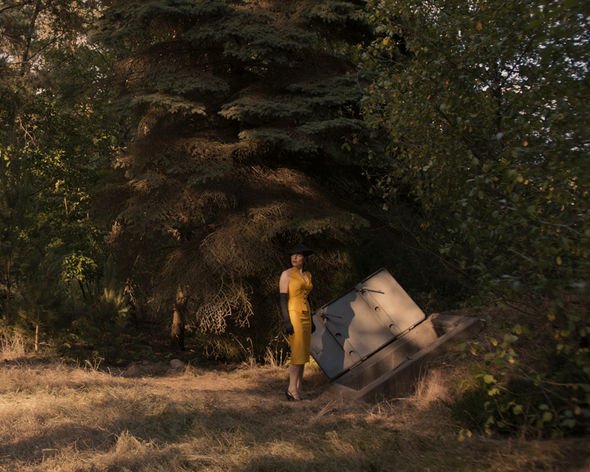 What will happen in Dark season 3?

At the moment it is impossible to predict what will happen in the third and final season of Dark.

The third season will mirror the three cycles of time loops in the show.

For example, the first time loop took place before season one, the second during seasons one and two and the third began at the end of season three.

Season three ended on a huge cliffhanger where it was revealed the main characters could now travel through different dimensions, as well as time.

However, viewers were left unaware of what timezone and dimension older Jonas (played by Andreas Pietschmann) alongside young Bartosz (Paul Lux), Magnus (Mortiz Jahn) and Franziska (Gina Stiebitz) travelled to.

WHERE IS DARK SEASON 2 FILMED? 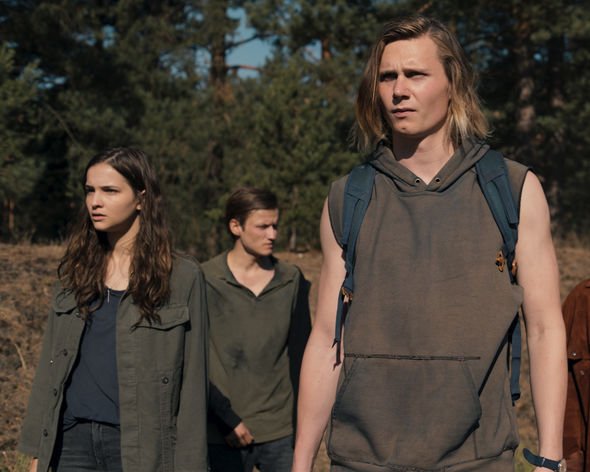 Who will star in Dark season 3?

An official cast list has not been confirmed by Netflix and this article will be updated when more information is available.

At the moment, it looks like the entire main cast will be back for the final season.

This means Louis Hofmann should be back as Jonas alongside Lisa Vicari as Martha and Andreas Pietschmann as older Jonas.

Moritz Jahn will also return as Magnus, Gina Stiebitz as Franziska, Paul Lux as Bartosz and Jordis Triebel as Katharina.

Dark seasons 1 and 2 are streaming on Netflix now