Each week Holly Willoughby and Phillip Schofield front each episode of Dancing on Ice live from the rink. Tonight was no different and following Maura Higgins’ performance this evening, she joined the presenting duo off the ice to hear what the judges thought of her performance. She racked up a respectable score of 28, prompting Holly to quip she’d “beaten” her pal and fellow contestant Joe Swash but there was just one problem: he hadn’t taken to the ice yet.

Over the past few weeks, Joe and Maura have built a strong friendship behind the scene of Dancing on Ice.

So much so, the pair regularly tease one another in a competitive manner, both trying to best the other on the ice.

In tonight’s episode, ITV viewers got to see their friendship firsthand in a VT before Maura’s performance, showing them both take jibes at one another during rehearsals.

And after she’d performed on the ice, the judges rewarded her with a score of 28 out of 40. 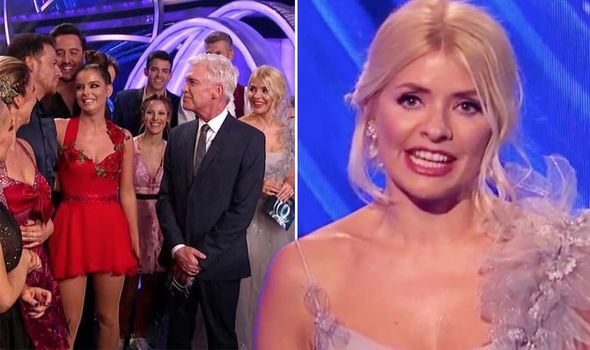 The total was Maura’s highest of the series so far and the Love Island star looked on track to outperform Joe.

The former EastEnders star was scheduled to perform later on in the show so fans would have to stay tuned to see if Joe could to Maura’s score (which he did).

However, when Holly and Phil discussed Maura’s score with her, Holly left fans baffled when she said she’d already “beaten” Joe.

And the error didn’t go unnoticed by Dancing on Ice fans who were left questioning whether the action is actually broadcast live. 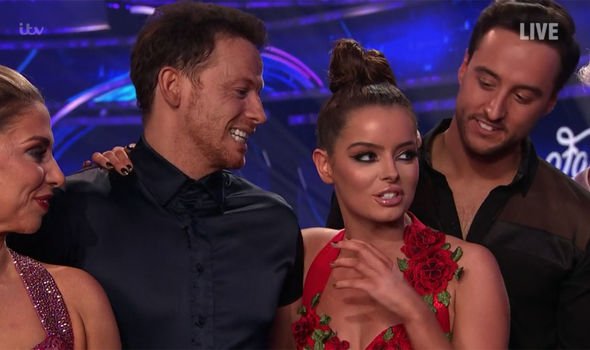 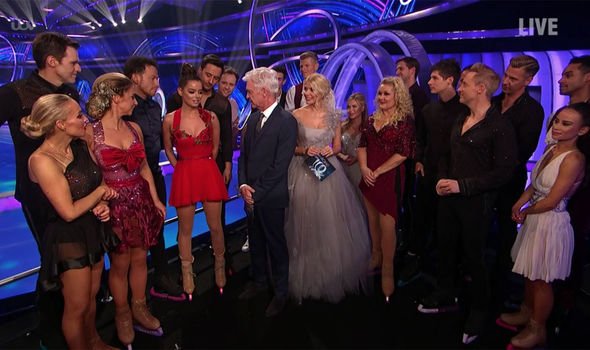 One fan questioned on Twitter: “Beaten Joe Swash ???…as he hasn’t skated yet are we pre recorded….. @hollywills #DancingOnIce.”

A second also weighed in on the discussion, asking: “Did Holly just say Maura beat Joe… He hasn’t skated yet has he? #doi #dancingonice.”

Another viewer even claimed: “@dancingonice @hollywills Just proves this isnt live as u just said Maura has beaten Joe!!! Yet hes not skated!”

The comments and questions didn’t stop there, as another fan quipped: “@hollywills Maura beating Joe do you know something we don’t #DancingOnIce #TeamJoe.”

While another added: “Can someone pleas explain how Holly told maura that she beat Joe… Yet he hasn’t danced yet… Hmmmm @dancingonice.”

However, by the time Joe did take to the ice, he proved Maura hadn’t actually beat him as he racked up a personal best score of XX.

Therefore, Holly’s quote seemed to simply be a mistake and ITV does continue to air Dancing on Ice live each Sunday.

This wasn’t the first time Holly distracted viewers with something she said on the show.

As the episode began, Holly addressed the departure of Caprice Bourret from the series.

Fans were left fuming as Holly didn’t provide details on the reasons for Caprice’s exit.

Dancing on Ice continues every Sunday on ITV.

Who is the New Detective on 'Law & Order: SVU'?